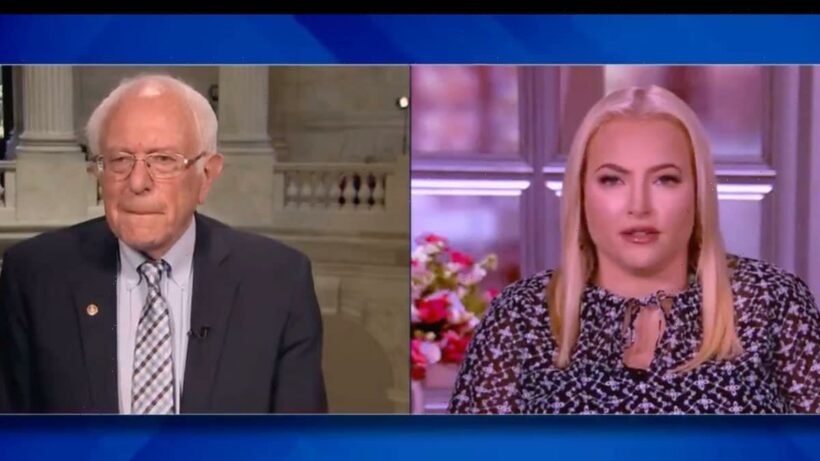 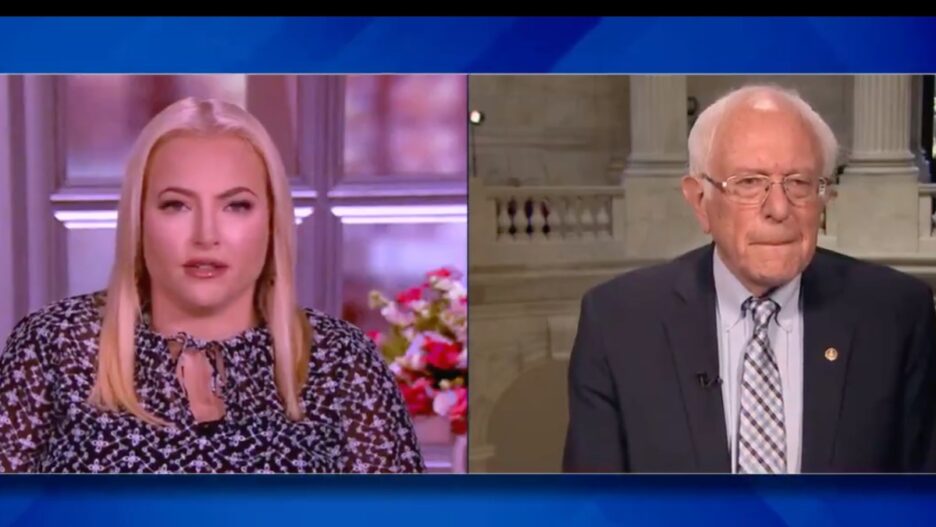 During his appearance on Wednesday’s episode of “The View,” Senator Bernie Sanders wanted to be clear that he is not responsible for the words or actions of his colleagues after host Meghan McCain referred to him as “the Godfather of The Squad.”

As part of her second question for the Vermont senator, McCain pressed him on his feelings about recent moves by U.S. Reps. Alexandra Ocasio-Cortez, Rashida Talib and Ilhan Omar, questioning whether he feels that “The Squad,” as they’ve become known, have become too extreme for him.

“You are the Godfather of The Squad. You’re a hyper-progressive socialist, and you’re talking about social justice before it was cool,” McCain posed. “But it feels like the squad today has moved even to the left of you. How is it for you to stand by everything AOC, Rashida Talib and Ilhan Omar have said and done, particularly when it comes to Israel and talking about ‘From the river to the sea’ and the extermination of Israel, as a right to exist? Or do you think the movement, which you started, has moved away from what you envisioned?”

In response, Sanders quickly made it clear that he was not interested in discussing the political actions of others instead of his own.

“Well Meghan, first of all, I don’t believe that’s what they’re saying, and second of all, it’s not my job to have to defend every member of Congress, any more than it is their job to defend every statement that I make,” Sanders retorted.

The Senator then when on to pivot the discussion to his current focus on making sure billionaires are taxed fairly. Sanders eventually circled back to McCain’s original question, noting that he’s pleased with the work that progressives have been doing, but doubling down on the fact that it’s not his responsibility to comment on that work. 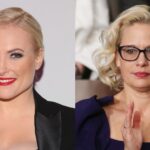 “I think the progressives in the House are doing a very good job in standing up for working families,” Sanders said. “It’s not my job to comment on everything that any member of the House says, any more than it is for them to comment on what I say.”