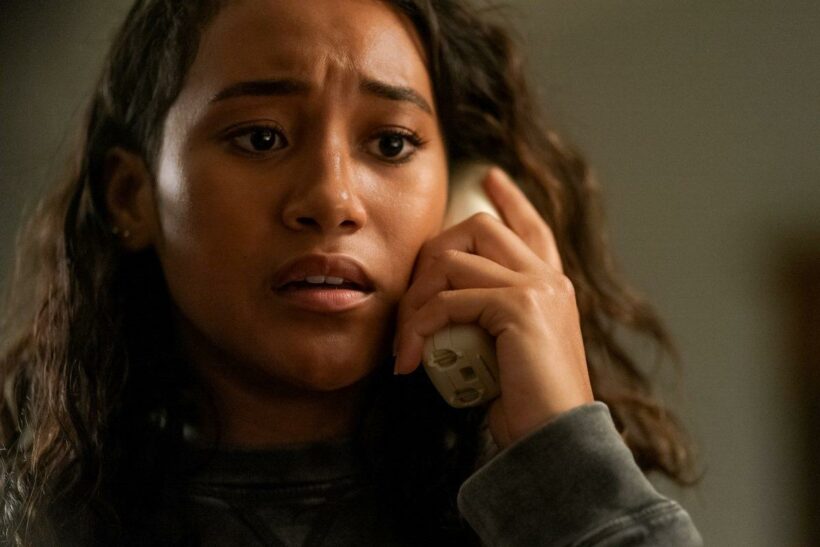 There’s Someone Inside Your House is based on Stephanie Perkins’ murder mystery novel by the same name. It draws clear horror influences from teen slashers such as Wes Craven’s Scream. However, it’s more interested in coming-of-age high school drama that’s never fully realized. Creep director Patrick Brice is a fresh genre voice that remains one to watch, even though Netflix’s There’s Someone Inside Your House is a complete underutilization of his talent.

‘There’s Someone Inside Your House’ is small-town horror

The senior class of Osborne High is on the verge of big changes. The rest of their lives are in front of them, but that excitement is threatened when they find themselves in the crosshairs of an unknown serial killer. The small town mourns the death of a student and tries to keep the rest of the youth safe.

However, they soon learn that the killing wasn’t at random. Someone is committed to targeting the teenagers with the darkest secrets to face their judgment. To make matters worse, the killer is wearing 3D-printed masks of their victims’ faces when slaughtering them. Makani (Sydney Park) and her group of outcast friends must try and get to the bottom of the killings before they’re next. Their secrets and their lives are on the line.

‘There’s Someone Inside Your House’ teases at something more

A killer hiding inside a victim’s house is a trope that has been used in the horror genre several times. However, There’s Someone Inside Your House is now also a horror movie title. The base concept of a slasher wearing masks of their victims as they’re hunting them is a creepy one. Scream, Friday the 13th, and Halloween all established iconic slasher villains with their masks, but the mask is always changing in Netflix’s There’s Someone Inside Your House.

If Stephen King’s works have taught us anything, it’s that small towns always have dark secrets. There’s Someone Inside Your House focuses on the skeletons in each of the students’ closets. Everybody has their secrets, although some of them are more serious than others. The killings inspire some students to open up about their deepest secrets in fear of being targeted as the next victim. It’s a clear reference to “cancel culture.”

The mystery runs alongside Makani and outcast Ollie’s (Théodore Pellerin) romance. Her friends heavily dislike Ollie, calling him a sociopath and thinking that there’s something seriously wrong with him. No matter how poorly she treats Ollie, his feelings still bring him back to her. However, their romance gets messy when the killings leave students unable to truly trust anybody around them.

Coming-of-age horror is a popular sub-genre with a lot of opportunities. Unfortunately, There’s Someone Inside Your House doesn’t take advantage of its strengths. The movie quickly intrigues with a gruesome killing that will have viewers wincing a bit. There isn’t a very large body count and the rest of the deaths aren’t nearly as well-constructed as the first one. Some of the victims’ secrets are pretty horrendous, while others seem very minor, but they’re targeted the same.

There’s Someone Inside Your House is heavily focused on its coming-of-age drama. However, the high school antics aren’t very compelling and none of the characters are particularly likable. Normally this wouldn’t matter too much in a slasher flick, but There’s Someone Inside Your House wants you to root for these characters. It just isn’t very successful in achieving that.

There’s Someone Inside Your House is available on Netflix Oct. 6.