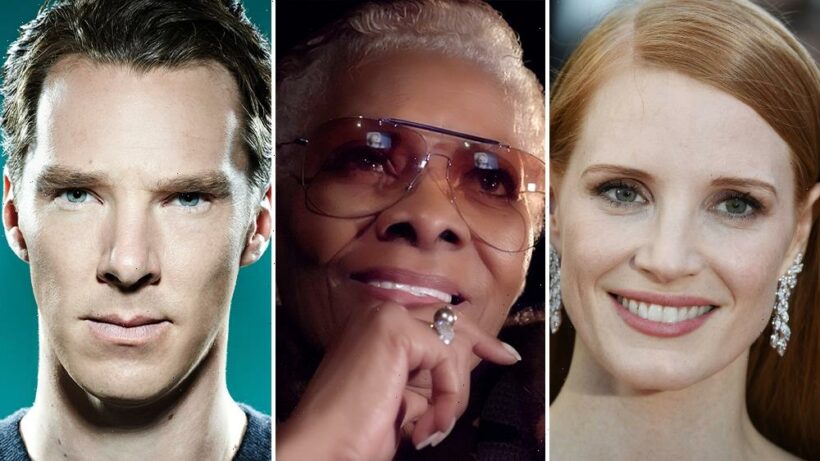 When French-Canadian filmmaker Villeneuve made his breakthrough — 2010’s film, “Incendies,” which was nominated for a foreign-language Oscar — the world took notice.

“‘Incendies’ was the first film where I was finally able to make cinema the way I had always dreamt of,” he says, “That is when I was truly born as a filmmaker.”

His latest, “Dune,” bowed in Venice and screens at the Toronto festival. It his theaters Oct. 22.

Villeneuve earned a reputation for his keen attention to detail and unique approach towards cinematography, which often relies on a thematic color palette, intentional use of light and a voyeuristic style, owed largely to his collaborations with the legendary DP Roger Deakins. “Working with Roger on three movies has been the most intense and profound film school ever.

“How blessed I was to have the privilege to work with so many great artists in front and behind the camera. That is one of the things that still moves me the most about cinema: an artistic gesture made by a team, a group of humans creating poetry together.”

He says: “Where I grew up, cinema was an unattainable dream. I started dreaming about making ‘Dune’ at around 14 years old. Let’s say that back then, the chances of directing any movies were very narrow. It’s a crazy journey, frankly.”

One of Canada’s most acclaimed and prolific Indigenous filmmakers, activists and artists, Obomsawin has worked with the National Film Board of Canada since 1967. She has directed over 50 films, including “Incident at Restigouche,” “Kanehsatake: 270 Years of Resistance,” and “Trick of Treaty?,” continuing to do so well into her 80s. Her documentary work, in particular, has contributed significantly towards raising awareness for Indigenous issues. Obomsawin is a member of the Abenaki Nation and has received the Glenn Gould Prize, multiple Governor General’s Awards, and a Companion of the Order of Canada title.

“What feels unique to me is the fact that I’ve lived this long to see extraordinary changes, especially concerning the educational system which for many generations was not only racist, but designed to create hate towards our people through the history books of this country,” she reflects. “Thank God those books are out of the classroom now. While there are still changes to be made, I am very impressed with what has been done so far, especially in the last twenty years or so, and more so since the reconciliation movement was created to really educate about the true story of [indigenous people in Canada].”

The Toronto festival will also hold a retrospective of Obomsawin’s body of work during the festival.

Chastain prioritizes the pursuit of knowledge. “The reason I usually sign on to a film is because it’s going to teach me a lot,” the actress says. She’s also developed a reputation for choosing projects that highlight unique stories about women, from “The Help” to “The Disappearance of Eleanor Rigby” to “Molly’s Game.” Most recently, that interest has manifested in the Toronto festival world premiere “The Eyes of Tammy Faye,” a biopic about evangelist Tammy Faye Messner.

Chastain, who also produced “The Eyes of Tammy Faye,” first became interested in Messner when she stayed up late to watch Fenton Bailey and Randy Barbato’s documentary while jet-lagged on a “Zero Dark Thirty” press tour: “I realized how punk rock she was. At a time when the president of the United States wouldn’t even talk about AIDS, here’s this woman telling all of her audience that Christians need to love everyone, and put their arms around them and tell them that they care.”

From the moment she stepped onto her first film set — as an extras casting assistant on the late Gil Cardinal’s miniseries “Big Bear” — Goulet has been learning from Indigenous filmmakers.

She started working in film programming in Toronto in the early 2000s, and for several years led the imagineNATIVE Film + Media Arts Festival, a major creative and industry hub for global Indigenous artists, as its executive and then artistic director.

During this time she started making social-realist dramatic shorts and often returned to La Ronge, Saskatchewan, to discuss concepts with her father, whose first language is Cree.

Her 2013 short “Wakening,” which screened at both Sundance and TIFF, marked her foray into genre filmmaking. It helped set a path for “Night Raiders,” her feature directorial debut, which premiered at Berlin this year.

Goulet joins a growing movement of Indigenous creators who are reshaping genre storytelling with stories that illuminate the struggles and dreams of their people.

“The festival has supported my work since my early short films, which has been incredibly encouraging to me as a Cree/Metis filmmaker telling stories about my people and communities back home in northern Saskatchewan,” Goulet says. “Kinanāskōmitin [thank you] to TIFF for this award.”

Cumberbatch hits Toronto as the star of Jane Campion’s “The Power of the Dog” and “The Electrical Life of Louis Wain,” but arguably the role that led him to international stardom (and grow a big fanbase of dedicated “Cumberbitches”) was as the titular character in the BBC’s “Sherlock,” for which he won an Emmy.

He’s easily moved between TV, film and the theater, while securing a place in the Marvel Cinematic Universe as “Doctor Strange.” As the superhero, he’s not only starred in stand-alone features but also as a key member of the Avengers and those film, mostly notably in “Avengers: Infinity War.”
“Benedict has portrayed some of the most memorable characters screened at TIFF, whether it was Alan Turing in ‘The Imitation Game’ or Julian Assange in ‘The Fifth Estate,’ he also has this uncanny ability to take on interesting, complex roles and make them his own films such as ‘12 Years a Slave’ and ‘Tinker Tailor Soldier Spy’ — all of which screened at the festival,” said Joana Vicente, executive director and co-head of TIFF.

Cumberbatch’s upcoming Netflix film, “The Power of the Dog,” based on the novel by Thomas Savage, follows Cumberbatch as Phil Burbank, a Montana rancher in 1925.

It’s typical nowadays for a music documentary to be named after one of the subject’s greatest hits, but there were particularly good reasons for the filmmakers behind “Dionne Warwick: Don’t Make Me Over” to choose that title over, say, anything having to do with San Jose or saying prayers or even knowing what friends are for.

“Fortunately, that was a title that was my very first recording [in 1962],” Warwick says, “and it came out of a conversation with those two wonderful songwriters [Burt] Bacharach and [Hal] David. I actually said to them that there was something they could never do, and that was to make me over — and Hal put pen to paper. I feel that it’s quite apropos for the first film of my life. And I think that, once you see the film, the consensus will be that ‘I don’t think you can make her over.’”

The doc is getting its world premiere at the Toronto Intl. Film Festival. Joana Vicente, executive director and co-head of TIFF, notes that Warwick “has been charting firsts her entire career,” including being a “tireless activist for LGBTQ+ rights” as well as a boundary-breaker among emerging Black pop superstars in the civil-rights era.

Filming went on long enough that the doc was able to incorporate the new persona-building that’s made her famous even to the youngest generations:

“The Power of the Dog” sees Wegner collaborating with Jane Campion on a story set in the 1920s.

Wegner calls the collaboration with Campion a “pure joy.” She says, “Not only is she a visionary auteur but a deeply wonderful person whose ability to see the world in a boldly openhearted way is infused into her films as well as her filmmaking process.”

Wegner’s credits include “The True History of the Kelly Gang,” “Lady Macbeth,” “Stray” and Season 2 of “The Girlfriend Experience.”
“Throughout my career, I’ve had the chance to collaborate with wonderful directors. What they all have in common, I believe, is the ability to respectfully push their collaborators just outside their existing comfort zones — and be open to new and challenging ideas from them too.”

Rachel Morrison became the first woman nominated for an Academy Award in cinematography for 2017’s “Mudbound.” The traditional image we have of a DP is a strong leader, an artist, someone who is technically competent — and until very recently the idea of who fits that image has been reserved for a very narrow section of society. Wegner says her TIFF honor shatters that image. “I am excited about the possibilities that open up when we begin to change this image — to reflect the true diversity of people who can excel in this role.”