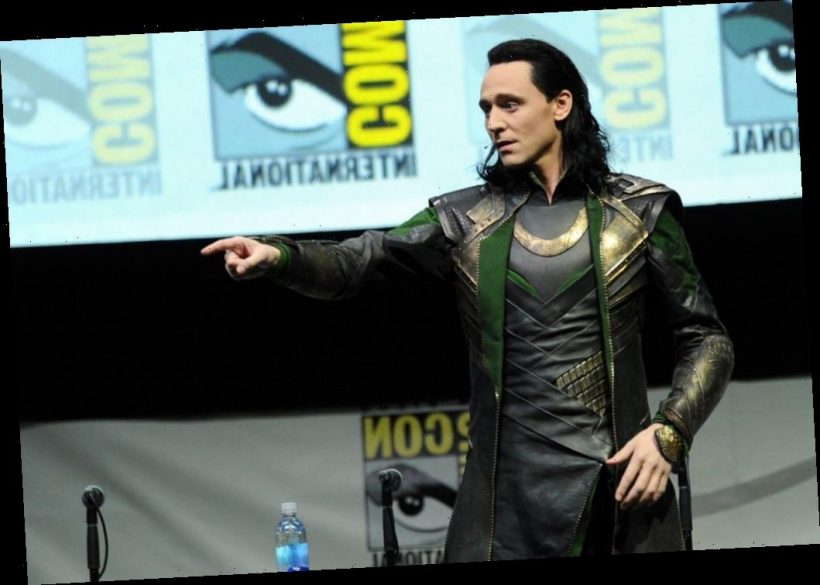 He’s a little troubled and mischievous, but that’s just why Marvel fans love him. Tom Hiddleston portrays this character, Loki, the adopted son of Odin.

Does the actor wear a black wig when he’s acting as this god? Here’s what we know about the character and the star of the upcoming Disney+ original series.

Technically, Loki isn’t Thor’s biological brother, but they were both raised as gods in Asgard. Loki and Thor have a complicated relationship, especially after Loki almost destroys New York City.

During Thor: Ragnorok, Loki literally bets against his brother for a fight on a mysterious new planet. They still love each other, though, and when Thanos chokes Loki during Avengers: Infinity War, Thor is pretty upset.

One of the last times that fans saw this character was in a throwback scene from Avengers: Endgame. In it, this character got his hands on the space stone, also known as the Tesseract. He picked it up and disappeared, with some fans wondering if his future had been altered by the action.

Does Tom Hiddleston wear a wig while portraying Loki?

This character is known for his iconic look, complete with his green outfit and his jet black hair. For some movies, that was the actor’s own hair that was dyed black. For more recent films, the actor used a wig to make Loki’s hair appear long, dark, and wavy.

“In Thor, that was my own hair,” Hiddleston said during an interview with Parade. “I grew it out. But I have naturally curly, blonde hair, so I’ll never look like that. By the time I got to The Avengers, I had come off two other films, which required me to have it very short.

“So I dyed it again and it was long enough to use a part of my hairline but the rest of it was a wig,” the actor continued. “It was kind of like extensions really so I couldn’t have rocked it off-screen.”

The original series, ‘Loki,’ is coming to Disney+

Although Loki might’ve died at the hand of Thanos during his search for the infinity stones, this God of Mischief has cheated death before. Now, this character is getting his own original series on Disney’s streaming platform, starring Hiddleston as the title character.

“In Marvel Studios’ Loki, the mercurial villain Loki (Tom Hiddleston) resumes his role as the God of Mischief in a new series that takes place after the events of Avengers: Endgame,” Disney said in an official statement, according to Screenrant.

The original series, Loki, is set for its premiere on Disney’s streaming platform during May 2021. Until then, fans can stream other Marvel-related movies and television shows, including Thor: Ragnarok.