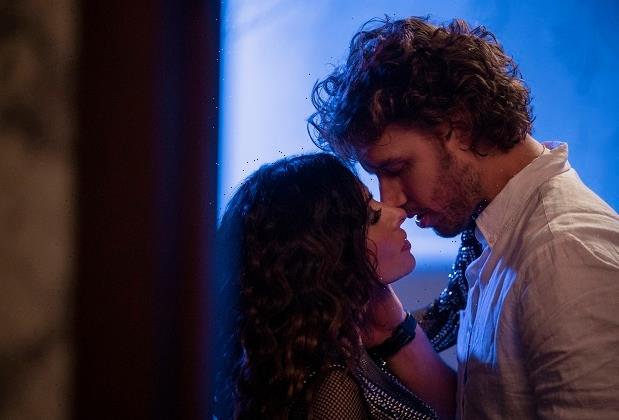 Created by Stacy Rukeyser (UnREAL), the series takes “a provocative new look at female identity and desire” through the lens of “a love triangle between a woman, her husband and her past,” per the official synopsis.

Person of Interest vet Shahi stars as Billie Connelly, a stay-at-home wife and mother living in the Connecticut suburbs who used to be a free-spirited New York City wild child before she married the loving and reliable Cooper (Under the Dome‘s Mike Vogel). “Exhausted from taking care of her two young kids and feeling nostalgic for her past, Billie starts journaling and fantasizing about her passionate exploits with sexy ex-boyfriend Brad (UnREAL‘s Adam Demos), the big heartbreak she never got over. But the more Billie remembers, the more she wonders how she got here — and then her husband finds her journal.”

* Matthew Goode (The Good Wife) will play legendary producer/studio executive Robert Evans in Paramount+’s limited series The Offer, about the making of The Godfather, our sister site Deadline reports.

* The Talk‘s Sheryl Underwood will again host the Daytime Emmy Awards, to be broadcast Friday, June 25 on CBS (as well as stream live on Paramount+).

* PAW Patrol: The Movie will stream on Paramount+ beginning Friday, August 20, the same day as it hits theaters.

* Paramount+ will be the exclusive home to stream all four matches of The Women’s Cup international soccer tournament, beginning Wednesday, Aug. 18 at 5 pm ET with FC Bayern facing PSG.

Which of today’s TVLine Items pique your interest?