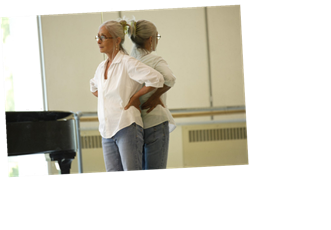 “We’re all trying to keep up with [Twyla],” says famed ballerina Misty Copeland in the opening moments of “Twyla Moves,” an absorbing documentary from PBS American Masters about the legendary American choreographer Twyla Tharp. While most mere mortals have little in common with Copeland, she hit the nail on the head there — the pace at which Tharp waxes poetic on such a vast array of topics is so impressive, even filmmaker Steven Cantor can’t seem to keep up.

In interviews, Tharp speaks quickly but deliberately, with a dry sense of humor that belies her arresting candor. She’s the perfect subject for a documentary — not just because the wealth of work is so monumental, though that certainly helps —but because she’s so quick and opinionated that she could give Fran Lebowitz a run for her money.

“Even at this stage in her life, she’s setting the standard for where dance is evolving,” Copeland adds.

This much is clear from the contemporaneous scenes in “Twyla Moves,” which follows Tharp during the early days of lockdown as she develops a new virtual work with a small cast of internationally-renowned ballet dancers. Tharp is used to being in charge, and there’s no reason the first documentary about her would be any different. As she approaches 80 years old, Tharp is still working, still innovating, and still pushing herself and the art of dance to new heights. Though the film could easily have spent hours spanning her six-decade career, she’s not ready for a retrospective yet — a fact she makes very clear in “Twyla Moves.”

It’s extremely satisfying feeling like a fly on the wall as Tharp works alone in her Manhattan studio, cursing Zoom’s technical shortfalls like the rest of us. We watch as she worries that the virtual elements of the performance won’t cohere visually, and as she and the dancers realize the audio delay makes it impossible to count in sync. It’s fascinating to be let in on this part of the creative process, even as Tharp herself disparages the work. It’s selfishly reassuring to see that even at her level, self-doubt creeps in.

When Copeland drops out due to an injury, Tharp pivots unexpectedly and calls in a male dancer named Charlie Hodges. “I got replaced by a short, white, bald man,” Copeland laughs affectionately. It’s a unique example of Tharp’s artistic genius and flexibility; she isn’t wedded to previous ideas and where others would see a problem she sees potential. 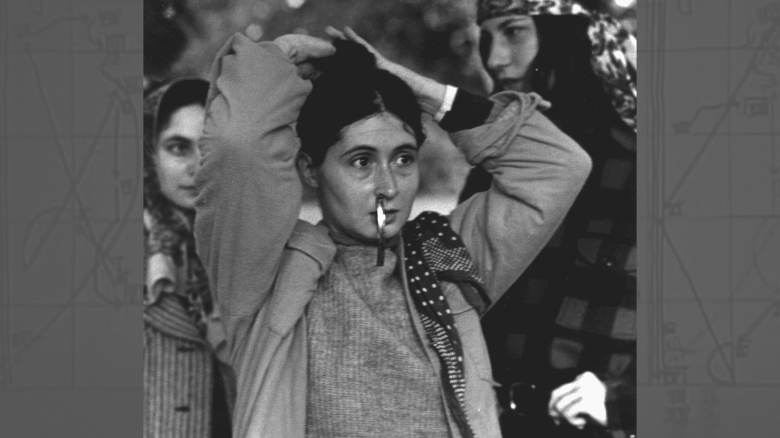 But the retrospective, guided by Tharp’s winning commentary, is where “Twyla Moves” comes alive. It begins with a professional childhood scheduled to the hilt with music and dance lessons, a product of a mother determined to have an artistic child. (Tharp: “Sometimes I think my mother gave me lessons in everything in life except how to live life.”) Then, of her early days dancing in Paul Taylor’s New York company, Tharp says: “I was a very unpleasant company member. I would’ve fired me long before he did.”

Founded in 1969, Tharp’s first company was all women, because she “didn’t want to be told what to do.” They rehearsed and performed their experimental movements in Central Park, as a way of removing the barrier between audience and dancer. The act of taking up public space became part of the artistic process: “You’re interjecting yourself into their reality…we were merged.”

Once she had a family, however, financial realities led her to embrace more commercial fare, though of course always while subverting expectations. In 1971, she premiered the Vaudevillian “Eight Jelly Rolls,” flopping around stage like a rubber-spined Buster Keaton in an open back tuxedo. Two years later, in 1973, she caught her first big break when Robert Joffrey tapped her to make a piece for the Joffrey Ballet. Tharp exploded the stuffy ballet world with “Deuce Coup,” set to The Beach Boys’ song, in what is now considered the first crossover ballet.

She followed that up with another foundational crossover piece, 1976’s “Push Comes to Shove,” which was the first American performance from Mikhail Baryshnikov after his defection from the USSR. Cinephiles will recognize Tharp’s distinct movements from Miloš Forman’s “Hair,” for which she says she over-prepared. Her second Broadway production was a 1981 collaboration with David Byrne called “The Catherine Wheel,” his first solo project without Talking Heads.

“I’d never had anyone push me like that before,” Byrne says of working with Tharp, whom he credits for helping him see the possibilities of the theater. “[That was] the beginning of starting to exercise those muscles creatively.”

Billy Joel’s music provided the inspiration for Tharp’s biggest Broadway success, the smash-hit musical “Movin’ Out,” for which Tharp won a Tony for Best Direction of a Musical. “A lot of energy in a small woman,” Joel says in the film. “You don’t want to get in the way. That’s pretty much how the collaboration worked. I stayed out of the way, and she ran it.”

That’s probably how the collaboration on “Twyla Moves” went. Cantor just had to set up his camera and get out of the way. With this much material, you don’t need a lot of bells and whistles.