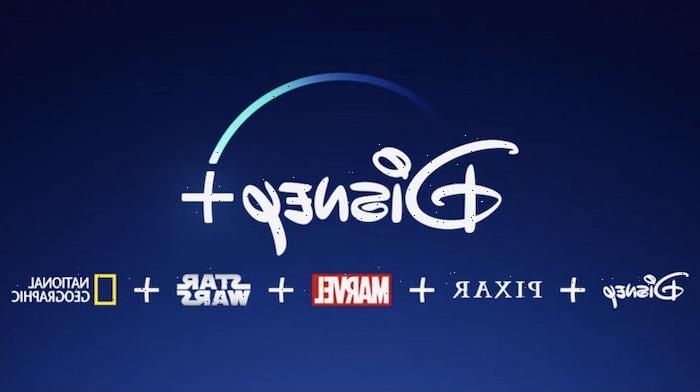 (Welcome to On Your Radar, a series where we take a look at what’s next for the biggest actors and filmmakers, and why you should be excited … or not.)

With over 100 million subscribers and counting, Disney+ is second only to Netflix and Amazon Prime as the world’s most popular streaming service. Of the big three, it is comparatively younger, having launched less than two years ago in November 2019.

Initially, the live-action Star Wars series, The Mandalorian, was the flagship show for Disney+, but this year has brought a new crop of Marvel shows to the streamer. WandaVision, The Falcon and the Winter Soldier, and Loki — not to mention Premier Access movie titles like Raya and the Last Dragon, Cruella, Black Widow, and Jungle Cruise — have all made a Disney+ subscription more of a must-have in 2021. This week also saw the release of What If…?, a new animated series set within the MCU (which may soon need to rebrand itself as the Marvel Cinematic Multiverse).

Here are several other upcoming Disney+ shows to watch out for in the coming months, plus a brief overview of what viewers can expect to see in 2022 and beyond.

Anime Star Wars. ‘Nuff said. But if you really want to know more, there are plenty of details here. Suffice it to say, Star Wars: Visions is an anthology series where the episodes are considered short films, each with a different animator or animation studio behind it. It seeks to celebrate “the Star Wars galaxy through the lens of the world’s best Japanese anime creators.”

Some episodes will take place after the events of The Rise of Skywalker and at least one will be set before The Phantom Menace. So they will cover a wide range of Star Wars time periods. The prospect of seeing the franchise go back to its Japanese roots is an obvious lure with Star Wars: Visions.

Jeremy Renner‘s MCU character, Clint Barton, finally gets a chance to headline his own solo adventure. At this point, he’s the only one of the original six movie Avengers who hasn’t done that. Renner is a two-time Oscar nominee but the Avengers films have often given Hawkeye short shrift. In The Avengers, Loki’s mind control reduced him to such a minion that the actor begged Marvel to kill off his character. Now, he’s in the slightly unenviable position of being the next live-action Marvel show after Loki (arguably a tough act to follow).

Marvel left Hawkeye out of Infinity War and they actually had the perfect opening to kill him off in Endgame but elected to do that with someone else instead. (Hint: she’s now suing Disney). It’s alright, the future of the Avengers may be young, anyway. When Hawkeye hits Disney+, it will introduce Kate Bishop, played by Hailee Steinfeld, as Hawkeye’s new archery protege. She’ll be joined by Florence Pugh‘s Yelena from Black Widow in a show that is sure to set up plot developments for the MCU’s future.

The day after Hawkeye hits, this three-part, Peter Jackson-directed Beatles docuseries will also premiere. The official press release on TheBeatles.com notes that each episode of The Beatles: Get Back “is approximately two hours in length” and that they will roll out “over three days, November 25, 26, and 27, 2021, exclusively on Disney+.”

We haven’t seen much of Jackson since he concluded The Hobbit trilogy back in 2014. His only other directorial credit since then is the 2018 World War I documentary, They Shall Not Grow Old, which earned a BAFTA Award nomination (and a rave review from us), and which currently holds a 99% Tomatometer rating. Combine the promise he showed there as a documentary filmmaker with the greatest rock band of all time, and you have a recipe for must-see TV.

This year, in place of The Mandalorian season 3 (which won’t hit until 2022), Star Wars fans will have a chance to catch up with the bounty hunter who first made Mandalorian helmets fashionable onscreen. Temuera Morrison returns as Boba Fett along with Ming Na-Wen as his assassin companion, Fennec Shan.

For anyone curious about what happened to Fett after Return of the Jedi but before The Mandalorian, this show will help fill in some of those gaps in the character’s history. Should we gird our loins for a flashback with him crawling out of the Sarlacc sandpit in the Tatooine desert? One thing’s for sure: The Book of Boba Fett has some talented directors attached to it, and with Fett ascending Jabba the Hutt’s throne when we last saw him, there are surely any number of stories they could tell with him as a crime boss in the Star Wars underworld.

Other Marvel and Star Wars Shows – 2022 and Beyond

Disney+ has a slew of new Marvel shows on the way post-2021. Ms. Marvel hasn’t set a release date yet but is expected to bow next year. Moon Knight starring Oscar Isaac and She-Hulk starring Tatiana Maslany are both set to debut in 2022 as well. Premiere dates for Secret Invasion, Ironheart, Armor Wars, I Am Groot, Loki season 2, and several untitled series (focused on Wakanda, Okoye, and Echo) are all to be announced.

On the Star Wars side of things, there’s Andor and Obi-Wan Kenobi, both of which have seemingly been confirmed for 2022 by various official and semiofficial sources. Beyond that, there are the Mandalorian spin-offs Ahsoka and Rangers of the New Republic as well as Lando, The Acolyte, and A Droid Story.

Add to this the actual, you know, Disney content on Disney+ — all those classic old animated features that were in and out of the Disney Vault for years — and you may soon want to crawl in said Vault and get to swimming around in its stacks of gold coins and money bags like Scrooge McDuck. Then again, maybe that’s just what studio executives will be doing as they reap the benefits of more and more subscribers around the world signing up for Disney+.