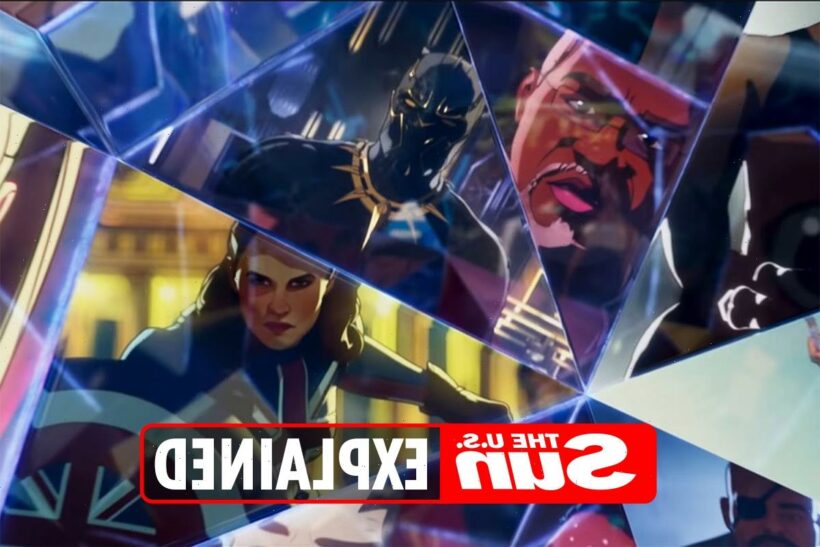 THE Marvel Cinematic Universe will now expand into an infinite amount of possibilities with the release of the latest Disney+ series What If…?.

Following the epic finale of Loki and the creation of the multiverse, Marvel will take fans on a wild trip into what exactly the Loki variants started.

What If…? explores alternate timelines in the multiverse that show what would happen if major moments from the MCU films occurred differently.

What If…? is Marvel's first animated series and is reportedly part of Phase Four of the MCU.

Multiple actors who starred as the famed superheroes in the MCU films return to voice their animated characters.

Who is in the cast of What If…?

The cast of What If…? includes:

Jeffrey Wright stars as the Watcher, a member of the alien Watcher race who observes the multiverse.

Wright will also narrate the series.

He is best known for his Tony, Golden Globe, and Emmy winning role as Belize in the Broadway production Angels in America.

Late actor Chadwick Boseman will return as T'Challa in What If…?; however, under a completely different set of powers.

Boseman's T'Challa will be featured in the series as Star-Lord and other variants of the character.

The Black Panther actor passed away on August 28, 2020, from colon cancer.

British actress Hayley Atwell will reprise her role as Peggy Carter; however, she'll go by Captain Peggy Carter in the series.

Carter volunteered to take the Super Soldier Serum in an alternate universe instead of Steve Rogers – becoming the world's first super-soldier.

Sebastian Stan will return as James "Bucky" Barnes in the new series.

Cooper appeared as a young Howard Stark in Captain America: The First Avenger and the TV series Agent Carter.

Ross Marquand will voice the super-villain Red Skull, the head of Hydra.

Jackson has starred as Nick Fury in 11 MCU films, beginning with a cameo appearance in Iron Man.

Renner has starred as Hawkeye in six films starting with the 2011's Thor.

Hawkeye will also get his own Disney+ series, which will be released on November 24, 2021.

When did it release?

What If…? began streaming exclusively on Disney+ on Wednesday, August 11.

The series will consist of nine episodes, with each chapter releasing every Wednesday.