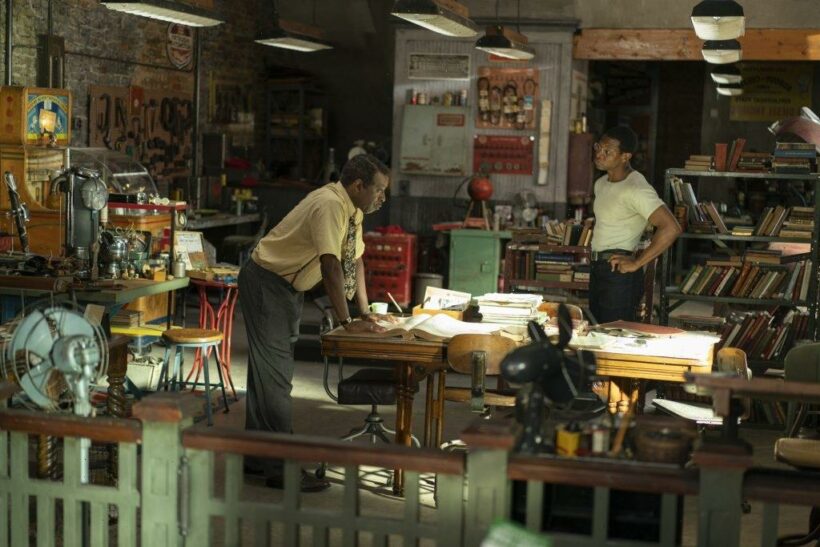 HBO is famous for providing cutting-edge TV shows that other networks may not pursue, and the network has released a plethora of monumental shows over its several decades. One of HBO’s more recent series, Lovecraft Country, is highly regarded and beloved by fans and critics alike.

Fans were disappointed to learn that the show wasn’t renewed by the network for a second season. Learn more about the premise of Lovecraft Country, why it was canceled, and why some fans haven’t lost hope of a second season yet. This post contains spoilers, so proceed with caution!

Why was ‘Lovecraft Country’ canceled?

Lovecraft Country was initially intended to be a limited series, though according to Deadline, 1.5 million people tuned into the series premiere, making it the most-watched new episode of an HBO Max original series on its release date.

By the time the series wrapped up, 10 million people were tuning in. Because the show was so successful for the network, Misha Green began working on a premise for a second season, Lovecraft Country: Supremacy.

“[Green] had a book to go on in the first season. She and the writers wanted to go off and take some time to go out and figure out without a book with these characters, what’s the journey we want to go on. We all want to be sure she’s got a story to tell. That’s where she is right now, working on those ideas. I’m very hopeful, as is Misha, so we’re giving them the time to work.”

A few months later, however, HBO recently released a statement announcing that they had decided not to pursue a second series. No official reason has been given, though Indie Wire speculates that the death of two main characters, Atticus and Uncle George, on the show may have made HBO hesitate to pursue a second season.

There is still hope for ‘Lovecraft Country’ fans

After it was announced that HBO wouldn’t be moving forward with the series, Green released two tweets about what could have been with the show. One showed a map of various factions in the United States and another outlined a plot point of zombies and an epidemic. Some speculate that another network may pick up the Lovecraft Country: Supremacy, so fans shouldn’t give up hope of this series getting created someday in the future.

In the meantime, Green is currently working on a 2022 project called The Mother, Tomb Raider 2, and Cleopatra Jones, according to IMDb. Jonathan Majors, meanwhile, has been cast in an upcoming Ant-Man movie, Ant-Man and the Wasp: Quantumania, and Creed III.

‘Lovecraft Country’ was based on a book

The HBO show is based on a book of the same name by Matt Ruff that came out in 2016. The show is often described as a supernatural horror/drama series, and it follows the journey of Atticus Freeman, a young Black man who travels across parts of 1950s Jim Crow America to find his missing father.

The book, and subsequent series, got their name from the popular horror writer H.P. Lovecraft, and some settings are based in a fictional town created by the author.

According to IMDb, the HBO show was created by Misha Green, and it stars Jonathan Majors as Atticus Freeman and Jurnee Smollett-Bell as Letitia Lewis, Freeman’s friend who accompanies him on his trip. The pair runs into plenty of supernatural terrors as they proceed on their journey, and the 10-episode series delves deep into elements of racism.

Lovecraft Country also had J.J. Abrams, Jordan Peele, and other notable figures as executive producers, and many compare the show to Peele’s iconic film Get Out, due to its blend of horror and commentary about race. The show was received well by fans, and even better by critics on Rotten Tomatoes, with an average score of 65% from the audience and 88% from critics. So why was it canceled after just one season?