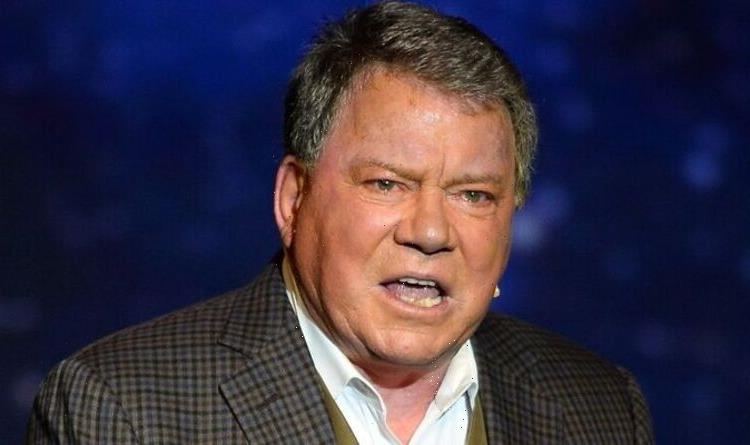 The legendary actor returns to screens today as he and the crew of the Starship Enterprise continue on their vow to boldly go where no man has gone before, in Star Trek IV: The Voyage Home. The sci-fi flick sees Shatner reprise his role as Captain Kirk, starring alongside legendary figures such as Leonard Nimoy and DeForest Kelley, in a mission that sees the team travel to the 23rd Century. The film, which was released in 1986, was hailed as one of the best Star Trek films of its time, acclaimed for its strong environmental message.

But Shatner was in hot water for sharing a message of his own after the 91-year-old became embroiled in a dispute with BBC, as well as many of his loyal fans.

He wrote on Twitter last year: “I have a new show: ‘I Don’t Understand’ that is premiering on July 12th on @RT_com.”

But he received widespread anger from fans as a result of his association with RT, which is a TV channel funded by the Russian federal budget.

The channel was banned from purchasing advertising on Twitter as a result of its biassed support in backing former US President Donald Trump in his bid to become leader in 2016.

Twitter claimed RT had “attempted to interfere with the election on behalf of the Russian government”, an allegation the broadcaster denied.

In response to the backlash, Shatner wrote on Twitter: “Then don’t watch. It’s Simple.”

The tweet was accompanied by an emoji of a man shrugging.

Shatner then replied to a fan’s question regarding his show, and what it was about, seemingly having a sarcastic dig at the “political” nature of its content, as well as a series of laughing face emojis.

The Canadian said: “It’s a talk show like Raw Nerve but about things that are perplexing like Ion Drives, Radiation Shields, travelling to Mars – you know political stuff!”

Social media commentators were again infuriated at Shatner, displaying their outrage before the actor took a swipe at the BBC.

One wrote: “It is political because you are bringing people to a channel that is FUNDED BY RUSSIA to push disinformation around the world.

“That you pretend not [to] see that is laughable and disingenuous. But your new followers (read: Russian bots) will make you feel better about it.”

Shatner noted how the BBC’s World Service offered a similar line of content as RT, drawing comparisons between the two.

He wrote: “It’s political because you need it to be political. You do know that news services such as the BBC World Service are partially funded through the UK’s defence [sic] budget?

“What do you have to say about that?”

He again accompanied his comment with an emoji of a man shrugging.

The BBC’s Neil Henderson also defended the broadcaster, adding: “[The] BBC World Service is funded primarily by the Licence Fee, not the ‘defence budget’.

“It also gets a grant from the Foreign Office.”

“The BBC World Service is financed principally through the licence fee. It is also supported by limited commercial activity, such as advertising and sponsorship, as well as some external funding from appropriate organisations.”