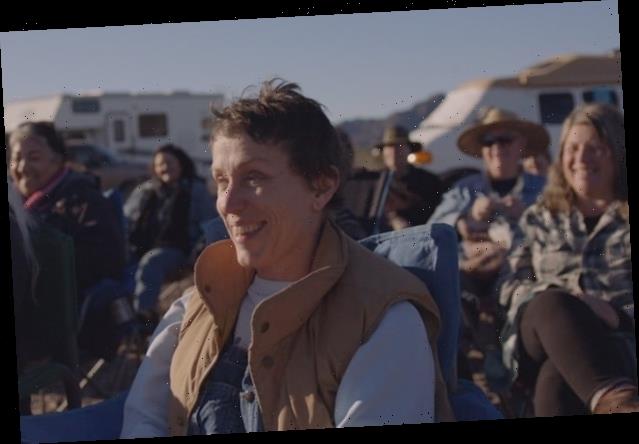 After winning the Producers Guild Award, Chloé Zhao’s drama may be in the best shape of any Oscar contender since “Argo” in 2013 — or, gulp, “La La Land” in 2017 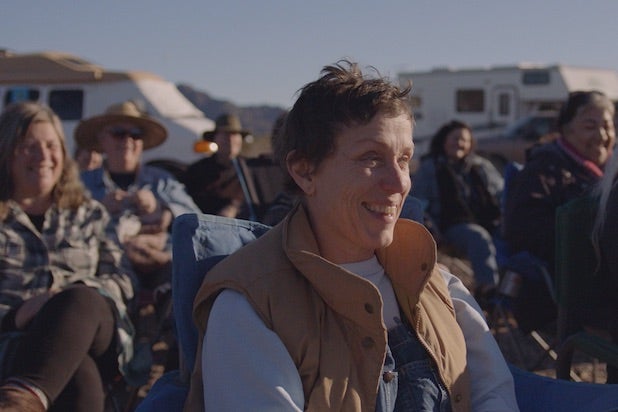 This year’s awards season has taken place in isolation and elongation, but the end is finally near. The scaled-down but Zoom-free 93rd Academy Awards will take place almost exactly a month from now, on April 25 — but in those four remaining weeks, you have to wonder if there will really be any suspense in the Best Picture race.

With the win for “Nomadland” on Wednesday at the Producers Guild Awards, one of the key prizes on the road to Oscar, the answer could be no. At an awards show that could have turned “The Trial of the Chicago 7,” “Promising Young Woman” or “Minari” into a serious rival, “Nomadland” instead grabbed one of the biggest industry awards to go along with the Golden Globe, Critics Choice Award, Gotham Award and National Society of Film Critics awards it already had.

At this point in the race, with four major awards handed out at the Golden Globes, Critics Choice, Writers Guild and Producers Guild Awards, “Nomadland” seems to be in the best shape of any film since “Argo” in 2013; the only major award Chloé Zhao’s movie hasn’t won so far is the Writers Guild Award, and it wasn’t eligible for that one because its screenplay wasn’t written under guild jurisdiction.

The Searchlight drama won’t be able to win the Screen Actors Guild ensemble award on April 4, either, because it wasn’t nominated in that category — not a big surprise since its cast was essentially Frances McDormand, David Strathairn and a whole lot of nonprofessionals without SAG cards. Whatever film wins in that category will get a boost, but that boost will only really help if the winner is “Minari” or “The Trial of the Chicago 7,” since the other three SAG nominees — “Da 5 Bloods,” “Ma Rainey’s Black Bottom” and “One Night in Miami” — aren’t even nominated for Best Picture.

And six days later, Zhao likely will win the top prize at the Directors Guild Awards on April 10. A DGA win for Lee Isaac Chung, Emerald Fennell, David Fincher or Aaron Sorkin would have a seismic effect on the race — but that guild has not been one for surprises in recent years, and a victory for Zhao would send her film into the Oscars as a commanding favorite.

Sure, BAFTA will give out its awards the day after the DGA, with “Promising Young Woman” or “Chicago 7” having one last opportunity to shake things up a bit. But at that point, even a “Nomadland” loss wouldn’t be enough to dislodge it from Oscar front-runner status.

And yet when I said that “Nomadland” is in the best shape of any contender since “Argo” in 2013, I was leaving out an important piece of information: “La La Land” was in that same shape four years ago, after dominating the Golden Globes and winning the Critics Choice and Producers Guild Awards. But it lost to “Moonlight,” once a certain messy envelope fiasco was cleared up on the stage of the Oscars in 2017.

These are times in which the rapidly changing face of the Academy has seemingly made precursor awards less and less significant. Last year at this point in the race, for instance, “1917” had won the Golden Globe and Producers Guild Award, but it fell to “Parasite” at the Oscars. A paltry two of the last five Producers Guild winners have gone on to take the Oscar, and only two of the last six Globe winners have done so.

Still, “Nomadland” has easily navigated the tricky transition from awards given by critics and journalists to ones given by the industry. And it doesn’t fit the profile of a movie that would win with producers but falter with the Academy, which has typically happened with bigger-budget films like “1917,” “La La Land” and “The Big Short” losing at the Oscars to “Parasite,” “Moonlight” and “Spotlight,” respectively. (Of the main rivals to “Nomadland,” only “Minari” has a smaller budget.)

All of this suggests that no, there probably won’t be much suspense between now and April 25. But that’s 30 days, with 20 of those taking place before Oscar voting even begins — which is presumably enough time for other films to develop narratives that will turn them into real contenders (although you have to figure they would have done so by now if they could). Besides, I’ve spent the last few years in the Oscar-watching business learning that statistics and history and trends mean less and less every year.

So I’d say that “Nomadland” has become a very comfortable front runner, except that there’s something about the Oscars that doesn’t make anybody comfortable these days.