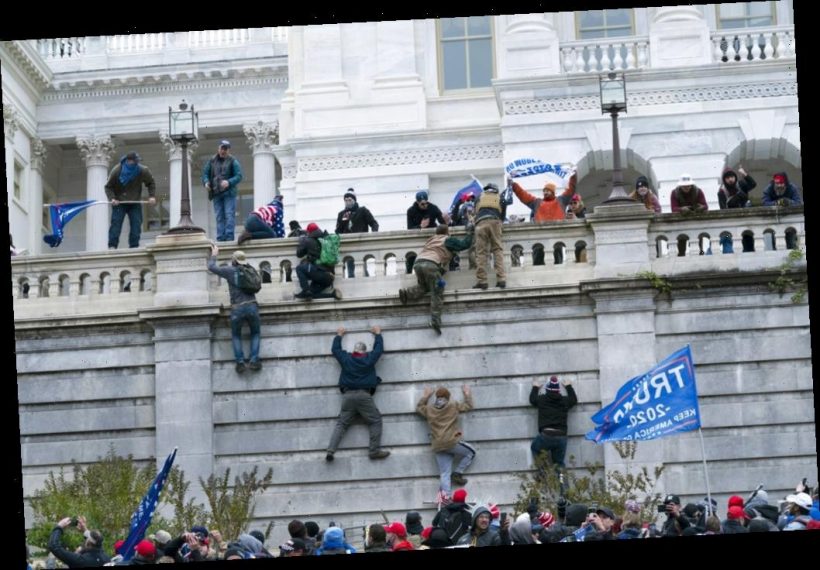 135 civil rights organizations signed an open letter to Congress on Tuesday urging them not to expand terrorism-related authority.

The letter, signed on behalf of the Leadership Conference on Civil and Human Rights, says that white nationalism and far-right militia violence must be addressed without causing further harm to communities that are already “disproportionately impacted by the criminal-legal system.”

FILE: Supporters of President Donald Trump scale the west wall of the the U.S. Capitol in Washington.
(AP)

The signatories noted that the Department of Justice (DOJ) and the Federal Bureau of Investigation (FBI) already have the resources to go after “white supremacist violence” as well as “hate crimes, organized crime, and violent crimes.”

The solution, they said, is not to create more laws to prosecute domestic terrorism, but to use the laws already on the books more effectively.

“The failure to confront and hold accountable white nationalist violence is not a question of not having appropriate tools to employ, but a failure to use those on hand,” they said.

The signatories said that new federal domestic terrorism laws “would adversely impact civil rights and – as our nation’s long and disturbing history of targeting Black Activists, Muslims, Arabs, and movements for social and racial justice has shown – this new authority could be use to expand racial profiling or be wielded to surveil and investigation communities of color and political opponents in the name of national security.”

The debate over whether to create more laws to combat supposed domestic terrorism in the U.S. comes in the wake of the Jan. 6 U.S. Capitol riots, in which a pro-Trump mob stormed the capitol to protest the certification of the Electoral College.

Some Democrats have called for a new domestic terrorism bill that would establish new government offices to monitor suspicious activities within the country and combat terrorism, with a specific focus on White nationalists and neo-Nazis.

The Wall Street Journal reported in November that then-President-elect Joe Biden would make a domestic terrorism bill a priority.

Meanwhile, Sen. Dick Durbin, D-Ill., who sponsored the Domestic Terrorism Prevention Act in 2019, said this week he would reintroduce the bill after the Biden administration takes office.