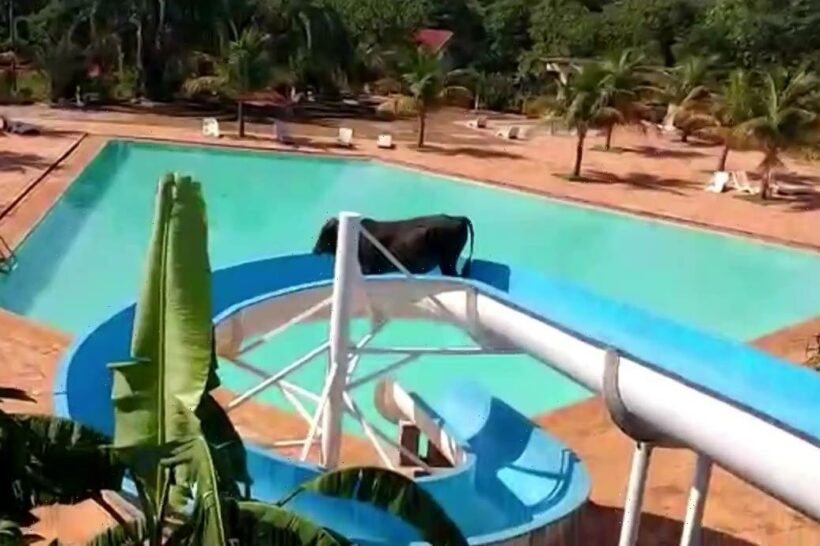 THIS is the amazing moment a cow destined to get slaughtered escapes from a cattle ranch and rides down a waterslide.

The nearly 500 lbs animal was eventually rescued after getting stuck in the slide and its owner Carlos Miguel Serante said he decided to keep it as a family pet. 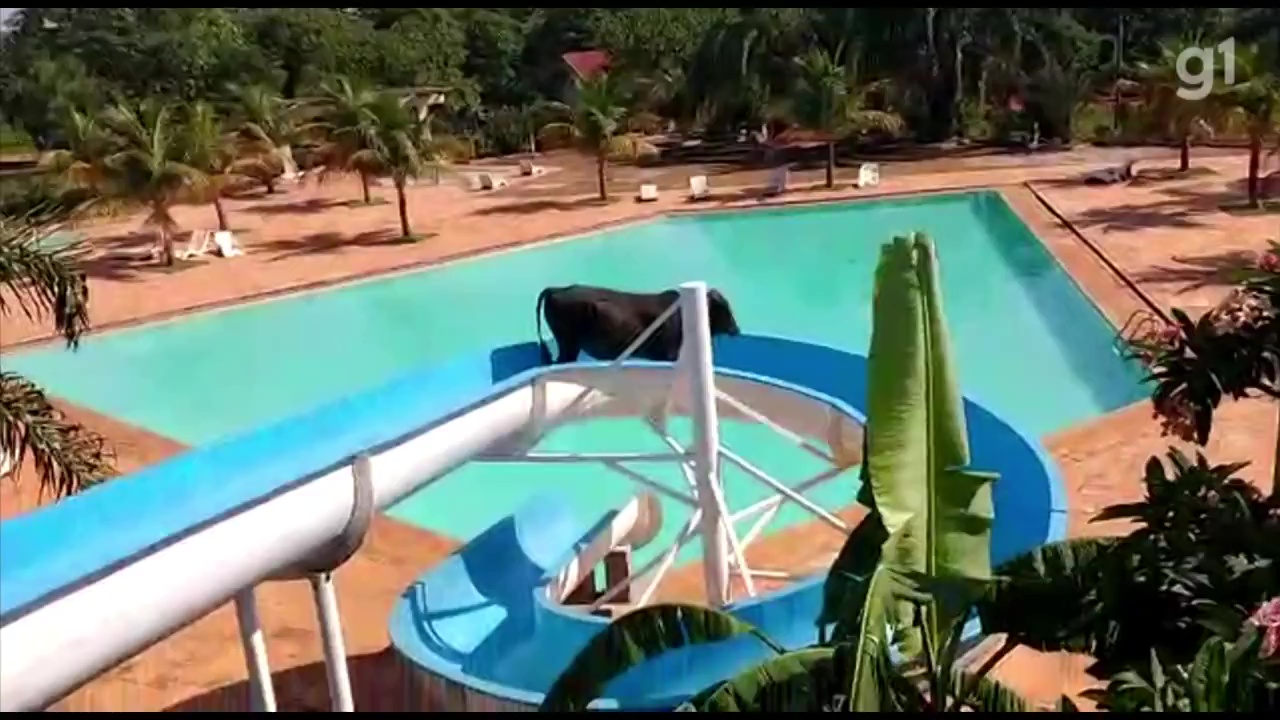 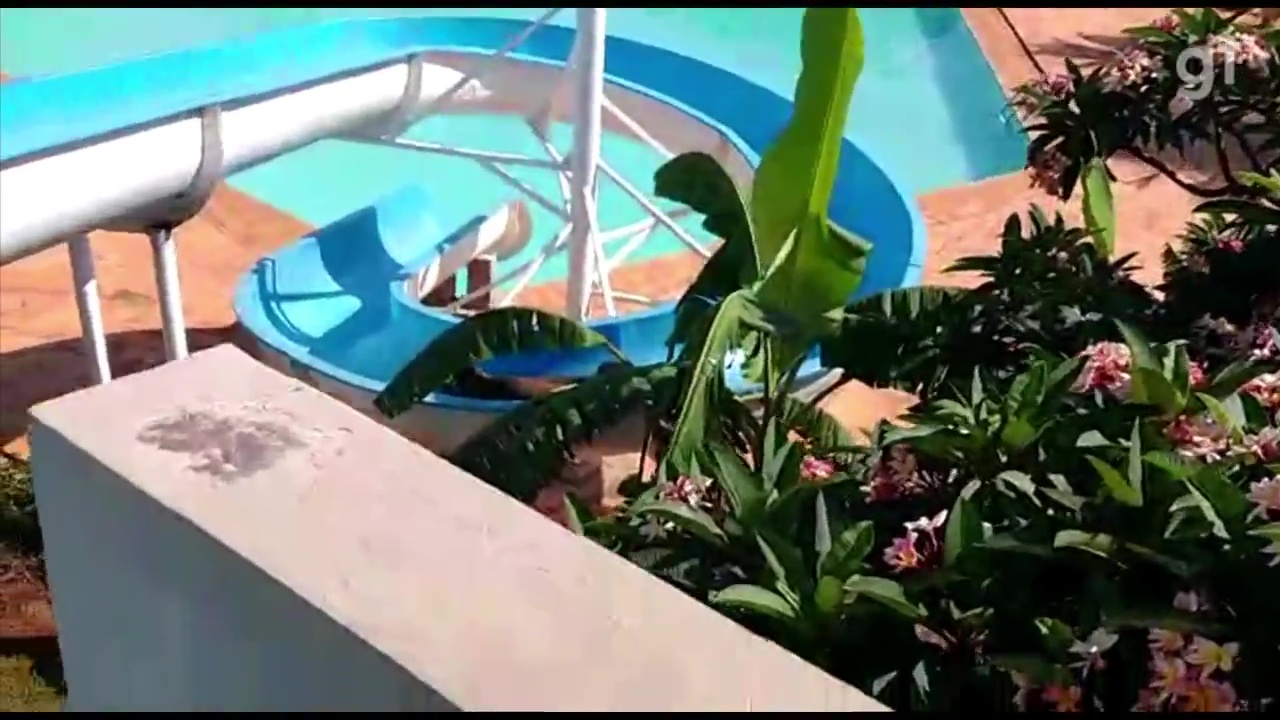 The bizarre incident happened in Indaiá Clube in Nova Granada, Brazil when a cow escaped from a cattle ranch 500 miles west of Rio de Janeiro and decided to go to a nearby waterpark instead, G1 reported.

The footage shows the cow slowly going almost all the way down until it gets stuck towards the end of the water slide.

It was later rescued by a group of workers who tied it with a rope and pushed it into the pool before pulling it up to the surface.

According to the outlet the two-year-old animal has since been namedTobogã, which means “slide” in Portuguese.

Its owner said: "Someone came to tell me he had climbed on top of the waterslide.

"I didn't believe it. We followed, took him away and showed me the video of him in the pool. I didn't think he would go up.

According to local reports, the animal climbed eleven steps before reaching the water slide.

The country club's president, João Luiz Andrade Zevole said that he saw it climbing the ladder, but did not expect it to enter the water slide.

He also said that there was no one around when Tobogã showed up.

He told El Diario de Regiao: “He was looking at me, I was looking at him. Then he went down the water slide, he was slipping, I thought the waterslide wouldn't hold. They say that it can handle up to 200 kilos. (440lbs)

"I called some people from the city hall who were working in front of the club to help me, I called and they didn't believe it, they thought I was kidding," he added joking that the animal was "a little hot and wanted to swim." 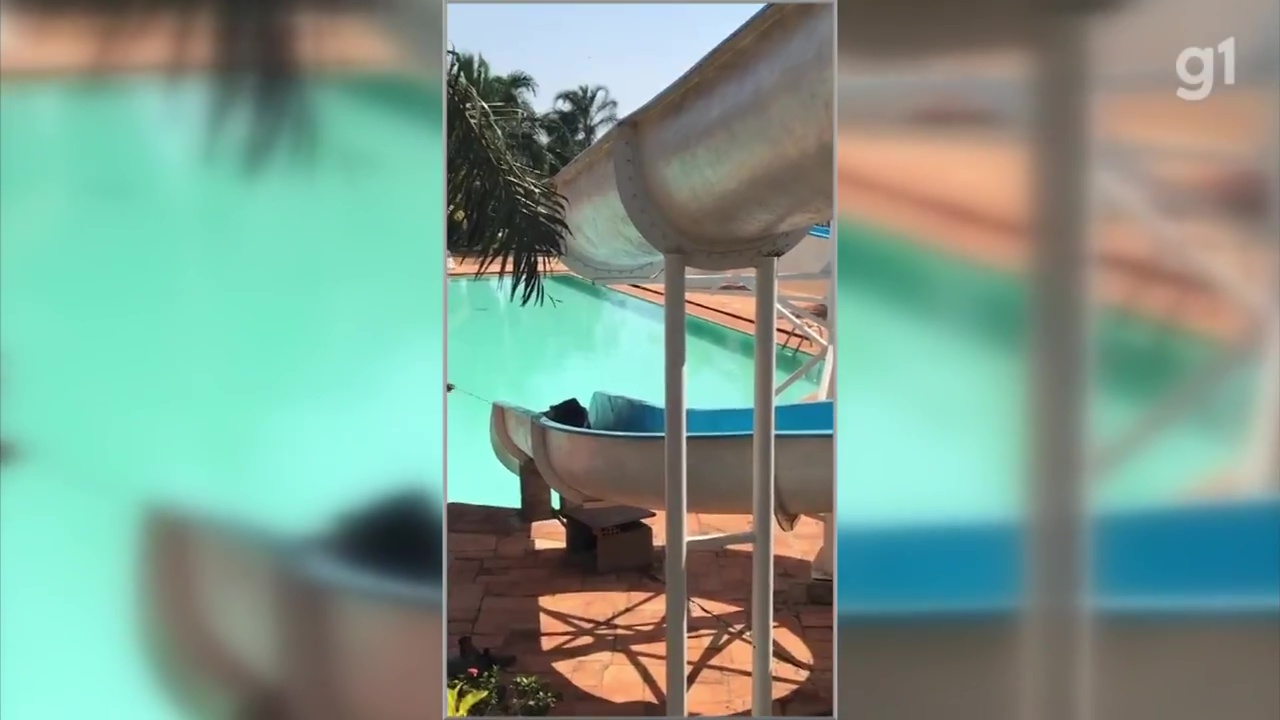