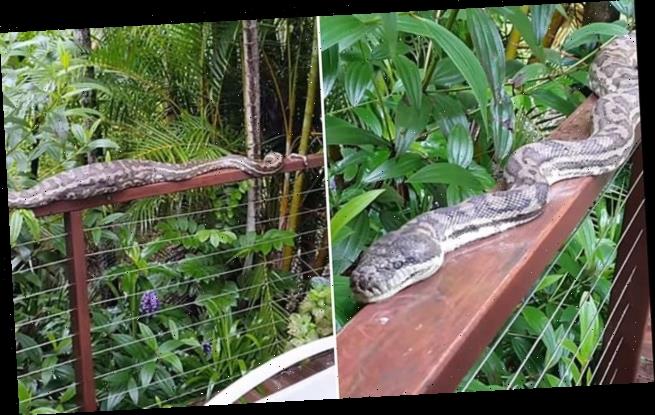 A snake catcher on Queensland’s Sunshine Coast captured the scary moment he removed a three-metre carpet python with a full belly from the railing of a family’s balcony.

Stuart McKenzie of Sunshine Coast Snake Catchers dubbed the python the ‘Beast of Buderim’ after he was called in to relocate the snake from the family’s home.

‘It’s the biggest one I’ve caught in about six months to a year,’ McKenzie told Daily Mail Australia. ‘You don’t see the big ones around much any more because they often don’t reach that age, they tend to get run over.

‘To see a big one like that is pretty rare and pretty awesome.’ 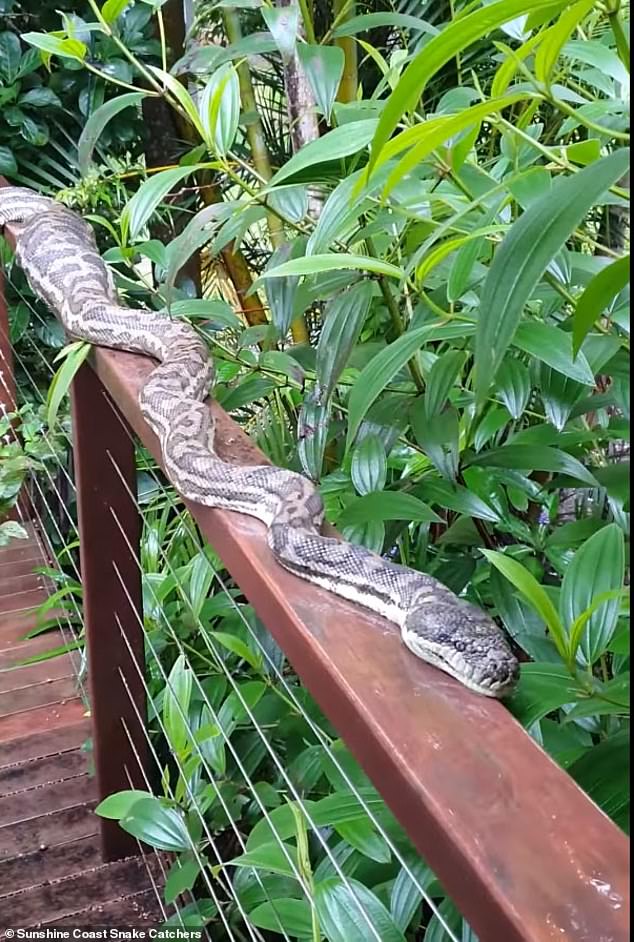 McKenzie found the python atop the railing having recently consumed what he believed was a large possum.

‘The family told me they had a few big possums in the backyard so that would be the most likely meal.

‘A carpet python could survive without eating again for another six months after a meal that size,’ McKenzie revealed. 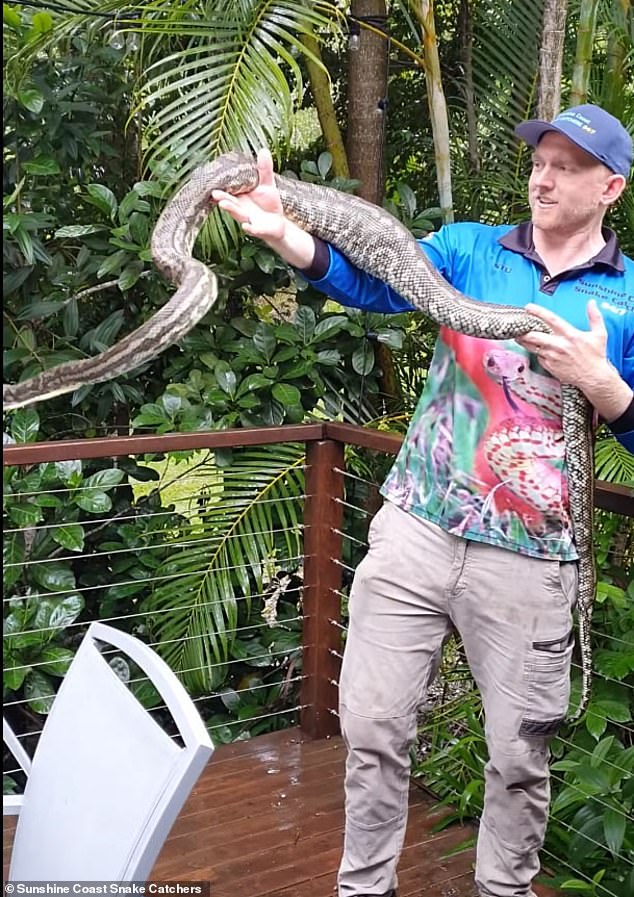 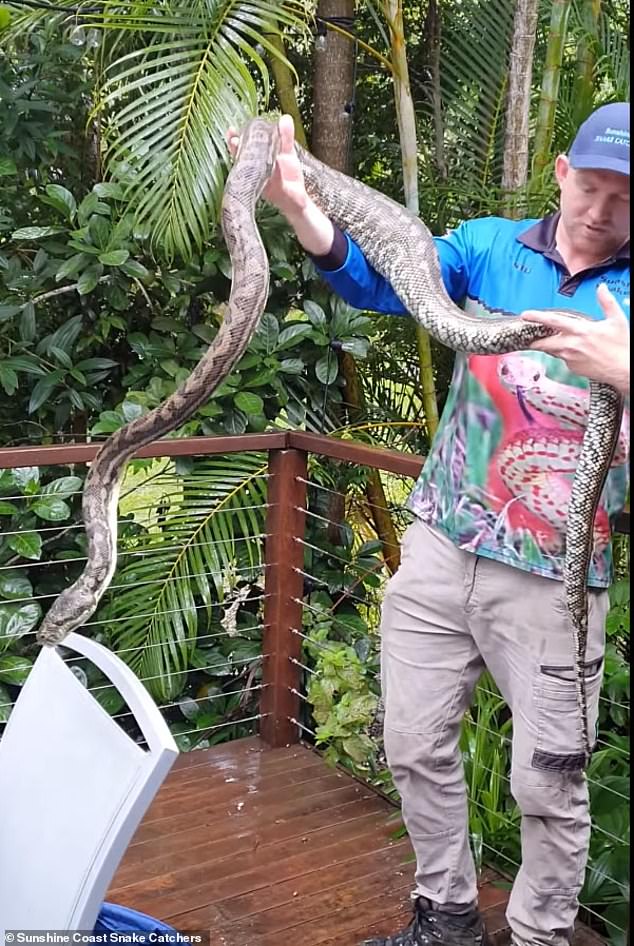 McKenzie believed the snake had consumed a possum, which were known to visit the yard

Carpet Pythons can live for up to 20 years and are non-venomous but kill their prey by constricting it.

They are one of the most common snakes in Queensland and grow to a maximum of 3.5 metres.

They are particularly fond of eating rats and mice but their diets can include a wide range of animal and birds.

McKenzie relocated the python deep inside a nearby patch of bushland, away from homes and roads. 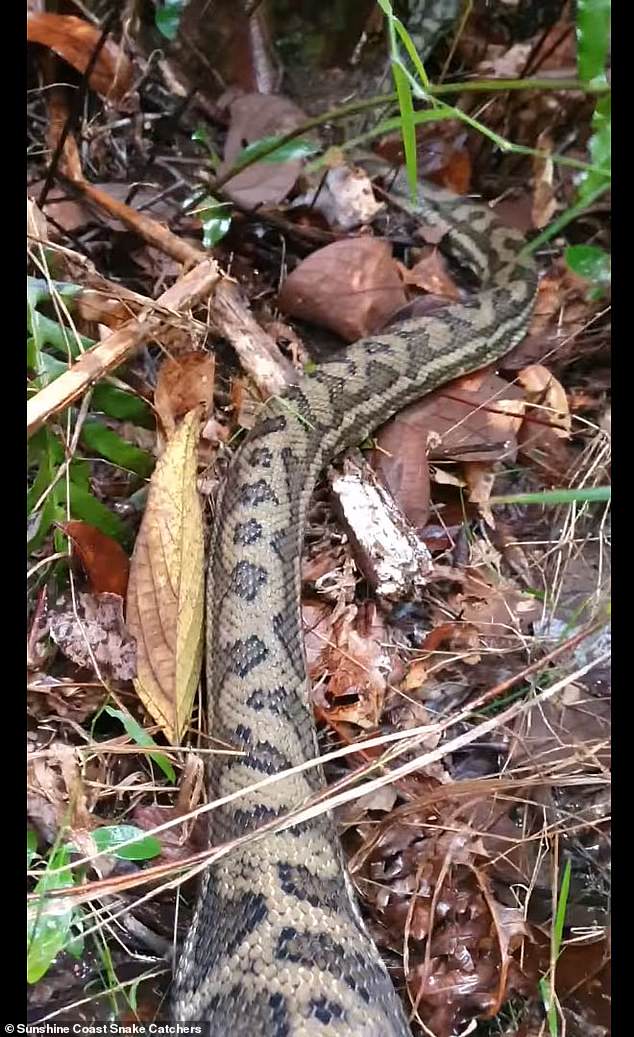 ‘People often ask, “does it really need to be relocated?” Well, the answer is no, it doesn’t really, but most people are still not comfortable with snakes in their backyard,’ he said.

‘In my opinion I’d rather come and take it somewhere I know it will be ok, rather than people try and do something about it themselves, or a dog attacks it.