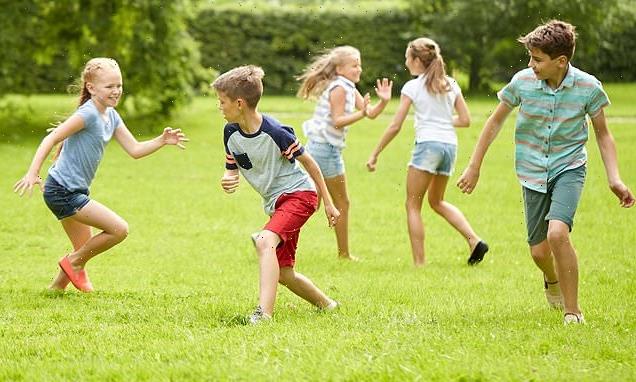 Are traditional childhood pastimes dying out? Playing tag, building a den and flying a kite are some of the simple outdoor pleasures today’s computer loving generation have never enjoyed

Traditional pastimes might be dying out as playing tag, building a den and flying a kite are some of the simple outdoor pleasures today’s computer loving generation have never enjoyed.

A total of 54 per cent of British parents say they find it hard to balance their children’s love of online gaming with time spent being outside.

The research also reveals that it’s been three months since the average UK child got muddy while playing outside.

The poll also found that 76 per cent, of modern kids, age between five and 12, have never made a rope swing and 72 per cent have never played stuck in the mud. 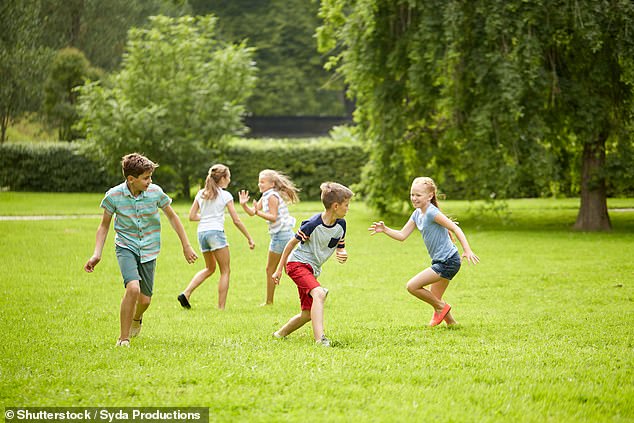 Traditional childhood pastimes such as playing tag, building a den and flying a kite could die out with modern kids preferring online gaming than getting outdoors with their mates, a study has revealed (stock image)

Other games that have fallen by the wayside include Grandmother’s Footsteps (also known as statutes), 91 per cent, Leapfrog (where you jump over others), 81 per cent, and British Bulldogs, (a game where people try to stop you from getting to the other side), 79 per cent.

Games of conkers are not played by 79 per cent, and Piggy in the Middle (where the third person in the middle tries to catch a ball) is not played by 56 per cent.

And 37 per cent say their kids find gaming far more exciting than the outdoors.

In fact, 57 per cent of the parents polled confess their kids have no real connection to nature or the great outdoors.

And a fifth of parents, 22 per cent, admit they worry that their child’s lack of connection to nature means they will struggle to understand how important it is to protect the environment.

The poll of 1,000 UK based parents with children aged five to 12 was commissioned by Persil as part of it’s Dirt Is Good campaign.

Tati Lindenberg, Marketing Vice-President at Unilever, Dirt Is Good said: ‘Getting dirty outdoors is so important for the development of children and their relationship with nature.

‘We believe that a child has to build a connection with the natural world in order to care for it.

‘We were shocked to find some of these beloved games, that were such a staple of past generations, are practically on the verge of disappearing.

‘We wanted to engage with the gaming community and rally support behind encouraging children to head back outside and play.

‘Nobody should be able to resist a game of muddy tag.’

The study also found that nine in ten adults, 93 per cent, say they got more fresh air when they were the same age as their kids and a further four in ten, 42 per cent, that they were more in tune with nature than their children are.