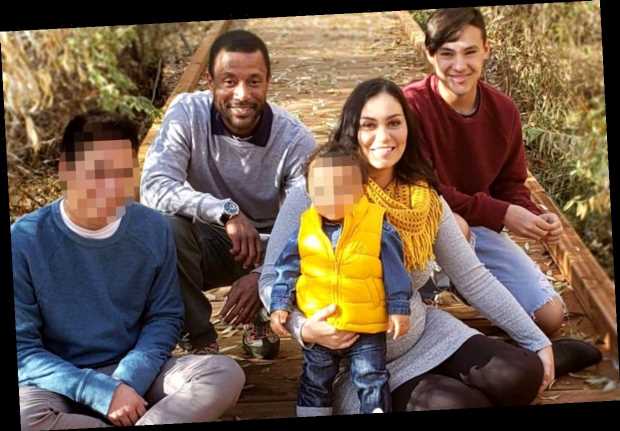 A baby and toddler were alone for three days before the bodies of their slain family members were discovered in their rural Virginia home.

On May 29, 2019, the bodies of 39-year-old Michael Coleman, 34-year-old Rachel Ozuna and Rachel's 14-year-old son Kyruss Ozuna were found in their Spotsylvania home. Their throats had been slashed.

Coleman, Ozuna and her son's bodies were found by Kyruss's father when he went to check on his son. The couple's 2-year-old and six-week-old baby were home during the attack and found unharmed but orphaned.

During a preliminary hearing for Allen, Green and Wilson on Wednesday, authorities revealed that investigators believe the family was murdered on May 26 and that the couple's young children had been home alone for three days, The Free Lance-Star and NBC Washington report.

According to NBC Washington, a deputy's body cam video was played during the hearing showing Rachel Ozuna's body on the floor with her toddler beside her and her baby daughter swinging in an infant seat nearby.

Authorities also played the emotional 12-minute 911 call made by Kyruss's father that included the dispatcher asking, "Where is your son?" to which Kyruss replies, "He's in the bathroom tied up and in a pool of blood."

A possible motive was also revealed Wednesday. According to authorities, Coleman was a drug dealer who would sometimes have up to $100,000 in his home.

Based on their review of cell phone records, authorities believe the suspects — who are all from Philadelphia — travelled down to Virginia on May 25, stayed one night in a motel and returned to Philadelphia on May 26 after the killings.

A video discovered on one of the men's phones allegedly showed the suspects at a strip club days later with large stacks of money.

At the time of their arrests, all the suspects, except Green, were already behind bars on unrelated charges. James Myers and Jamal Bailey are awaiting a preliminary hearing.

Hearings for the suspects has been delayed multiple times, with prosecutors asking that all three suspects have their hearing at the same time, reports The Free Lance-Star.

Attorney information for the suspects was not available Friday.