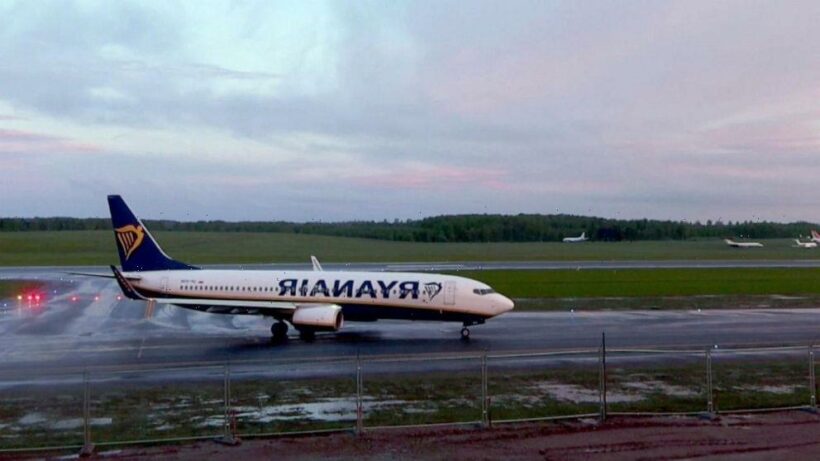 KYIV, Ukraine — A Belarusian activist who stabbed himself in the neck two months ago to protest political repression and authorities’ threats to prosecute his relatives was sentenced to 8 1/2 years in prison Monday.

A court in Minsk, the capital of Belarus, found Stsiapan Latypau, 41, guilty of violating public order, resisting police and fraud, the Viasna human rights group said. Latypau will also have to pay a fine of about $3,500.

In June, Latypau used a pen to inflict a wound on his neck while he was sitting in court in a defendant’s cage. Videos posted online showed him being carried out of the courthouse and put into an ambulance. He was hospitalized and operated on, but a day after the surgery he was placed back into pre-trial detention.

Before stabbing himself, Latypau told his father during the court proceedings that investigators had threatened to open criminal cases against his relatives and associates if he failed to admit his guilt.

He had been in jail since September, when he was arrested during big protests against Belarus’ authoritarian leader, President Alexander Lukashenko. The protests were triggered by Lukashenko winning a sixth term in an August election that the opposition rejected as rigged.

Lukashenko responded to demonstrations, the largest of which drew up to 200,000 people, with repression that saw more than 35,000 people arrested and thousands beaten by police.

Addressing the court Thursday, Latypau described how police beat him in custody and used a plastic bag to suffocate him.

“I was crying, struggling to breathe in the plastic bag and they just laughed,” he said. “The masked men beat me with their hands, their feet and using truncheons, they beat me simultaneously and then one by one. They beat me with their fists and palms over my ears, and it felt like a hand grenade exploding inside my head.”