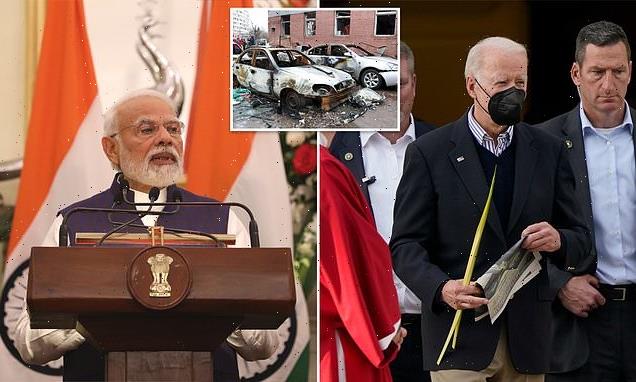 Biden and Modi’s virtual meeting comes as India – a member of The Quad alliance along with the United States –  has remained neutral in the conflict.

India also continues to buy oil from Russia, purchasing at least 13 million barrels of Russian crude oil since Vladimir Putin invaded Ukraine in late February despite pressure from the U.S. to scale back its purchases.

As the war in the Ukraine enters its seventh week and Russia shifts its campaign to the eastern front, India’s neutralilty has raised concerns in Washington and earned praise from the Russians.

Foreign Minister Sergey Lavrov praised India this month for judging ‘the situation in its entirety, not just in a one-sided way.’

And the situation has become a test for the Biden administration, which has tried to keep U.S. allies in lockstep against Putin’s aggression. 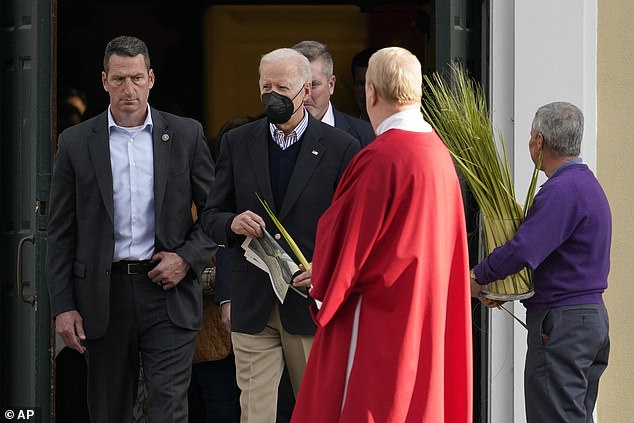 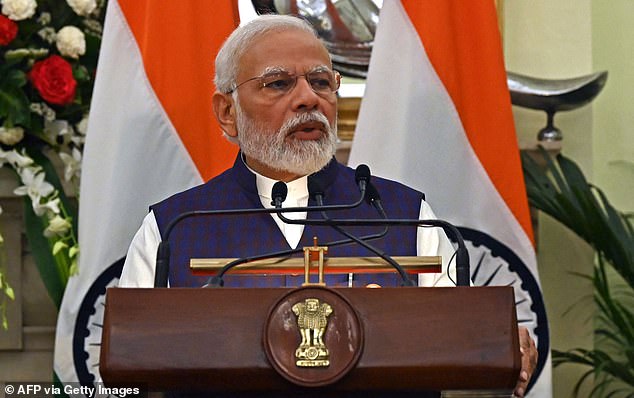 Indian Prime Minister Narendra Modi has stayed neutral on the Russian-Ukraine conflict, much to Washington’s frustration

The call comes after India abstained when the U.N. General Assembly voted Thursday to suspend Russia from its seat on the 47-member Human Rights Council over allegations that Russian soldiers have engaged in war crimes.

Ukraine will be one of the main topics, according to the Biden administration.

‘President Biden will continue our close consultations on the consequences of Russia’s brutal war against Ukraine and mitigating its destabilizing impact on global food supply and commodity markets,’ Press Secretary Jen Psaki said in a statement on Sunday.

The announcement of the call from Modi’s government made no mention of the Ukraine. It merely said the two leaders wold discuss ‘global issues of mutual interest.’

Biden and Modi last spoke in March. The president recently said that only India among the Quad countries was ‘somewhat shaky’ in acting against Russia over its invasion of Ukraine.

India alone of the four Quad nations – the others are United States, Japan and Australia – it has not imposed sanctions on Russia.

India also isn’t alone in buying Russian energy. Several European allies – such as Germany – have continued to do so despite public pressure to end the purchases..

Daleep Singh, U.S. Deputy National Security Adviser for International Economics, who visited India recently, said the United States will not set any ‘red line’ for India on its energy imports from Russia but does not want to see a ‘rapid acceleration’ in purchases.

He also said the United States was ready to help India diversify its energy and defense supplies. 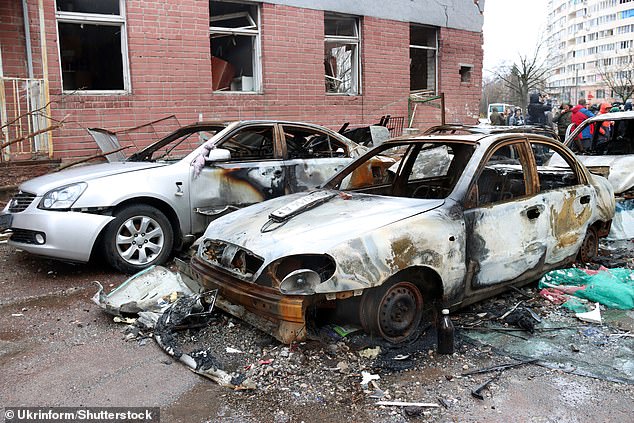 The war in the Ukraine is reaching its seventh week

The U.S. has considered sanctions on India for its recent purchase of advanced Russian air defense systems. Moscow is India’s biggest supplier of defense equipment.