New blow for Sadiq Khan as Transport for London boss Andy Byford quits his £355,000-a-year job with one in four weekday passengers yet to return to Tube after Covid

In a new blow for Sadiq Khan, Transport for London boss Andy Byford has quit his £355,000-a-year role.

Mr Byford will leave the cash-strapped organisation at the end of October after two-years at the helm, it was announced today.

He will ‘resume life in the United States’ with his Canadian-born wife and brings an end to a 33-year career.

TfL’s chief operating officer Andy Lord will take on Mr Byford’s role on an interim basis but it leaves Mr Khan searching for a new commissioner at a time where one in four weekday passengers are yet to return to the Tube.

The transport commissioner said he was leaving having achieved his main objectives of opening the Elizabeth line with more delays and leading TfL out of the financial crisis caused by the coronavirus pandemic. 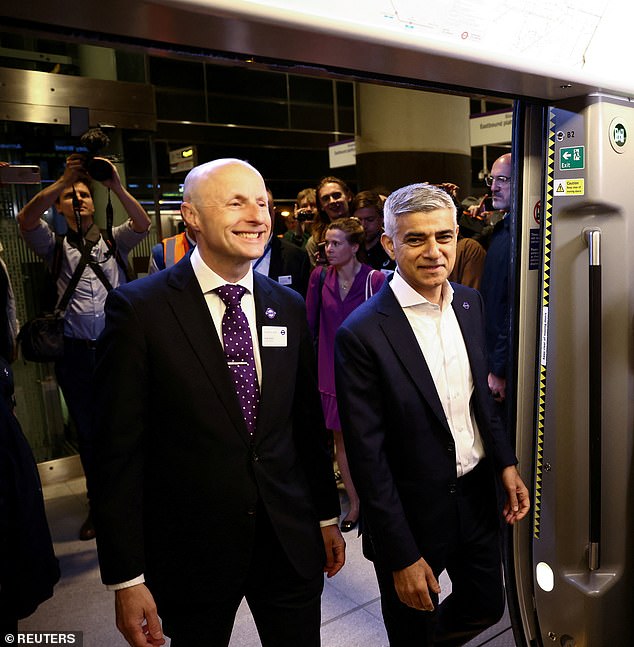 In a new blow for Sadiq Khan, Transport for London boss Andy Byford (pictured left) has quit his £355,000-a-year role

Mr Byford, who was previously the boss of the New York subway, said: ‘It has been a huge privilege to have served as commissioner, back where I first started as a station foreman.

‘I have been blessed to have had such an amazing transport and public service journey, and now is the right time to bow out and resume life in the US with my wife.’

Mr Byford, who became transport commissioner in June 2020, described the opening of the Elizabeth line in May as ‘without doubt the highlight of my career’.

It was ‘made truly poignant’ by being one of the last major events attended by the Queen, he said.

When the first train set out on time, Mr Khan and Mr Byford were seen celebrating with a hug.

‘It was an honour to meet her, and an honour to oversee the transport arrangements for the ceremonial events to mark her passing.’ 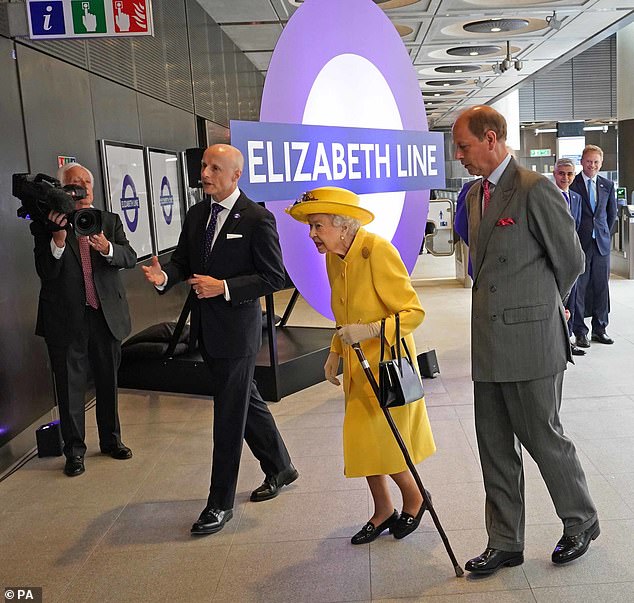 He said this means he can ‘leave with TfL set fair to move positively into the future’.

The agreement was only reached after months of tough negotiations between TfL and the DfT.

After the deal was announced, London mayor Sadiq Khan said it was ‘far from ideal’ and warned TfL has a £740 million funding gap in its budget, with fare increases and service cuts under consideration alongside efficiency savings.

TfL also has to contend with further Tube strikes over the axing of 600 station roles and cutting of £100million from the staff pension scheme, as well as bus strikes as a result of pay disputes.

Raising concerns, Siân Berry, chair of the London Assembly transport committee said despite suggestions Mr Byford’s leaving was planned, they were ‘surprised and shocked’ at the announcement. 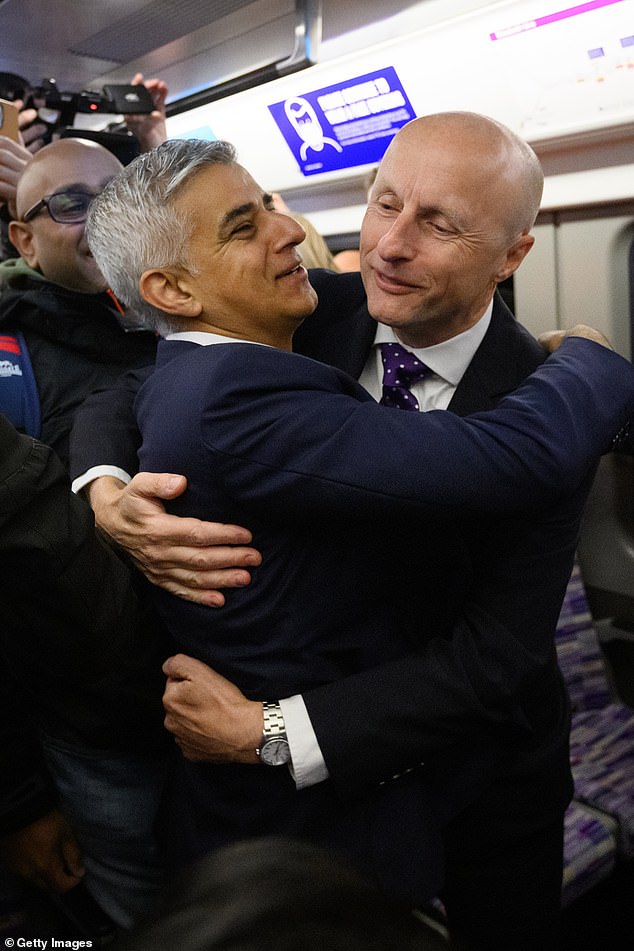 When the first train set out on time, Mr Khan and Mr Byford were seen celebrating with a hug

She said: ‘Our main concern now, is that this unexpected change will not derail the recovery of London’s public transport network,’ the Evening Standard reported.

Mr Byford said he ‘hugely appreciated the support of the mayor’, adding that they ‘navigated some dark days through the toughest period in TfL’s history’.

Mr Khan said the outgoing commissioner ‘deserves huge thanks for his hard work and dedication’.

He went on: ‘Andy has provided Londoners with an exceptional service and his work has ensured that despite the challenges we have faced, our public transport network remains world class.’

He added: ‘I want to thank Andy Byford for his service to Londoners and, as he and his wife move back to the United States, I wish them all the very best’.