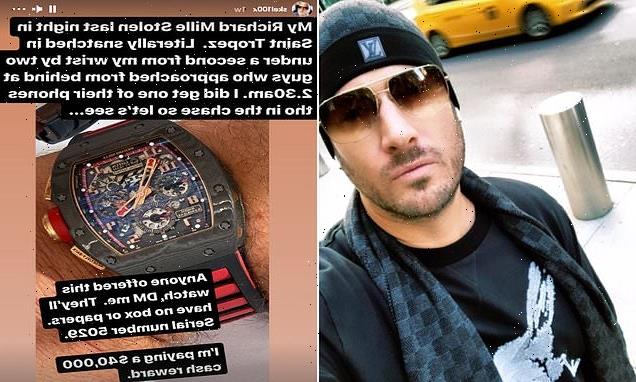 British millionaire reveals thieves slipped £350,000 watch off his wrist ‘in less than a second’ in St Tropez – and offers £30,000 reward

A millionaire British businessman has been mugged by thieves who stole his £350,000 watch off his wrist as he left a restaurant on the French Riviera.

The 41-year-old chased after the robbers but was unable to catch them as they fled into the back streets of the exclusive resort of St Tropez in the south of France. 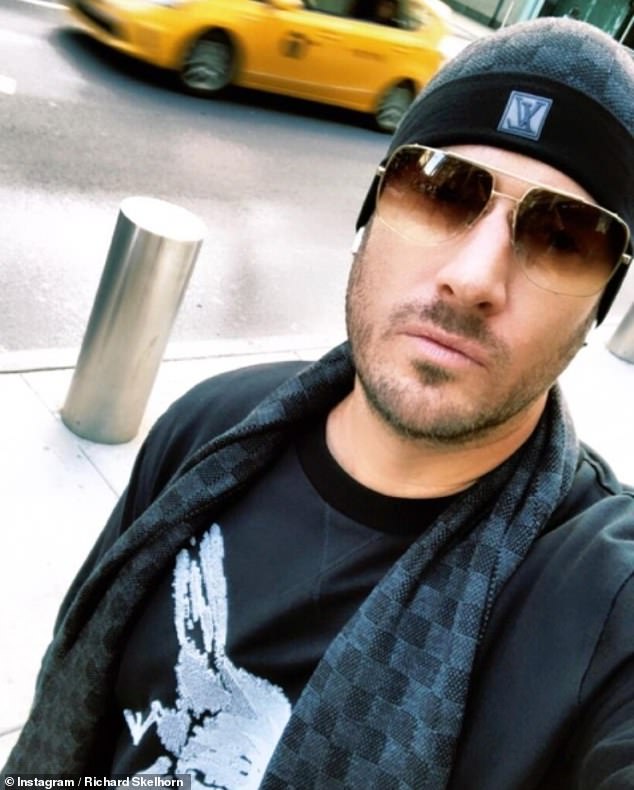 Millionaire British businessman Richard Skelhorn (pictured) has told how he was mugged by thieves who stole his £350,000 watch off his wrist as he left a restaurant on the French Riviera 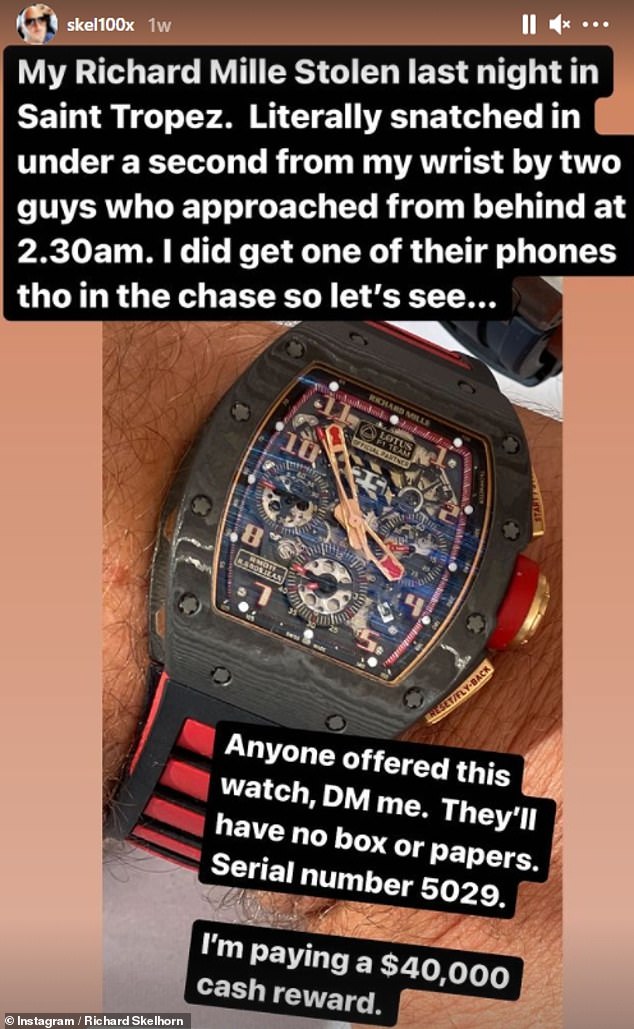 The online gaming entrepreneur has now offered a £30,000 cash reward in the hope of getting his watch returned.

He told MailOnline: ‘The watch was gone in a split second, no more than two seconds.

‘Two men approached me from behind, one pulled my arm and the other clipped the watch strap. It happened so fast but I realised what had happened straight away.

‘I chased after them. One of them dropped his mobile phone as he ran. He stopped and I picked it up. As I’m 6ft 6in and about 300lbs he must have thought twice about coming back and carried on running.

‘I decided not to continue chasing as it was very dark and I didn’t know if they had knives.’

Richard, who sold his last company specialising in online bingo and gaming for more than £40million, handed the thief’s phone to police.

They told him they should be able to identify those responsible from the phone, but he has not been told if there have been arrests. 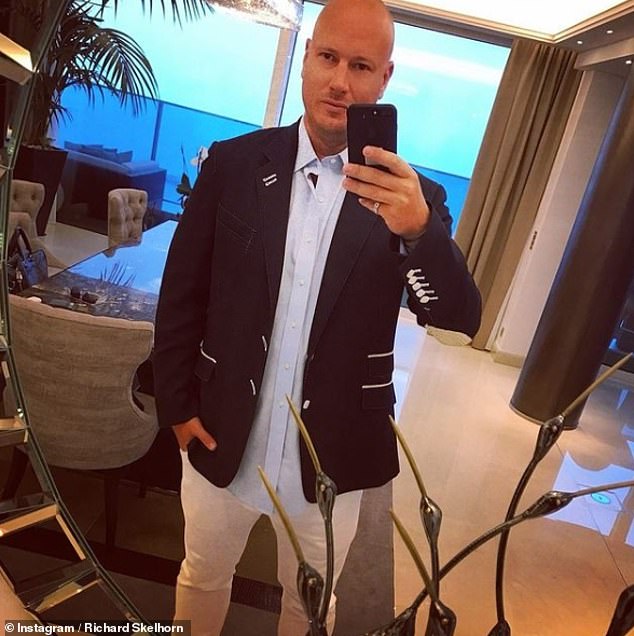 The online gaming entrepreneur has now offered a £30,000 cash reward in the hope of getting his watch returned

The mugging took place after he left the Noto restaurant where he had been dining with friends around 2am.

The restaurant is close to the Opera restaurant where on the same day as the theft Hollywood stars Ben Affleck and Jennifer Lopez had been photographed by paparazzi as they rekindled their romance.

Richard had been staying at the £500 a night Chateau Messardiere Hotel which offers to pick up guests from local restaurants in a chauffeur-driven Rolls Royce.

As he waited alone at the designated pick-up location he was approached from behind by the thieves.

‘The two thieves approached me quietly from behind while I was calling the hotel,’ he said.

‘I’d walked to the hotel’s specific 24-hour pickup location but was surprised to find the office was closed when I arrived there.

‘It’s in an off-the-beaten path area of Saint-Tropez which isn’t the best area after dark. I was there about 2am and I was on my own. 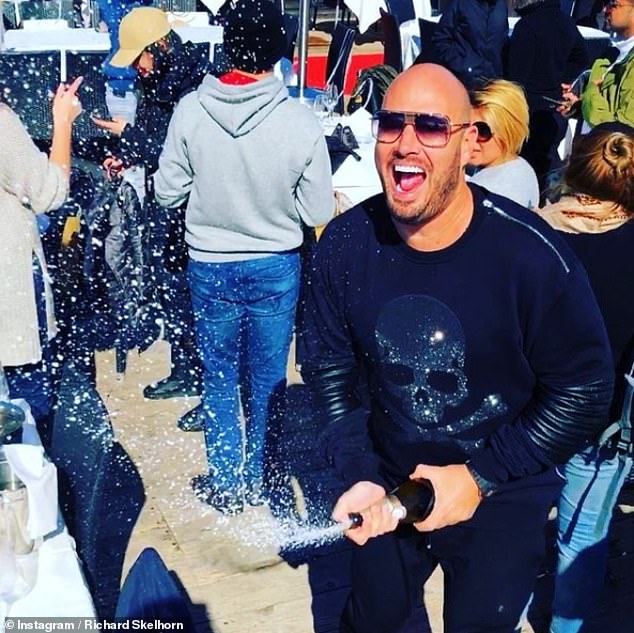 The businessman had paid £100,000 for the watch, made from carbon and features 18k rose gold, eight years ago as a gift to himself after selling his first company

‘The robbery happened very fast, I must have been followed for some time. I believe one thief held my arm while the other popped my watch off and they both ran away.’

The businessman had paid £100,000 for the watch, made from carbon and features 18k rose gold, eight years ago as a gift to himself after selling his first company.

As so few of the watches have been made it has appreciated in value.

Richard put a reward up for its return on his Instagram account with an email address for anyone to get in touch anonymously with information.

He has been contacted by another businessman who said he had his Richard Millie watch stolen in St Tropez by two men.

He said: ‘What angers me is that some warning could have been put up that there is a gang of thieves looking to steal expensive watches in the area.

‘To have two of these watches stolen in such a short space of time is like a bank being robbed twice. It should not have happened.’

Richard, who divides his time between homes in Monaco and Miami, said the theft had put him off wearing expensive jewellery.

‘I’ve become a target for thieves, I guess. But I’ve worn this watch every day of my life, I even swim in it without really thinking about it.

‘I had no concept at all I’d get robbed, especially in Saint-Tropez but it’s getting worse and this is happening a lot now it seems.

‘There will be people who say I can afford to lost it, but that is not the point.

‘They will probably sell the watch for a fraction of what it is worth, but they will not care.’

A spokesman for St Tropez police said they are investigating the theft.