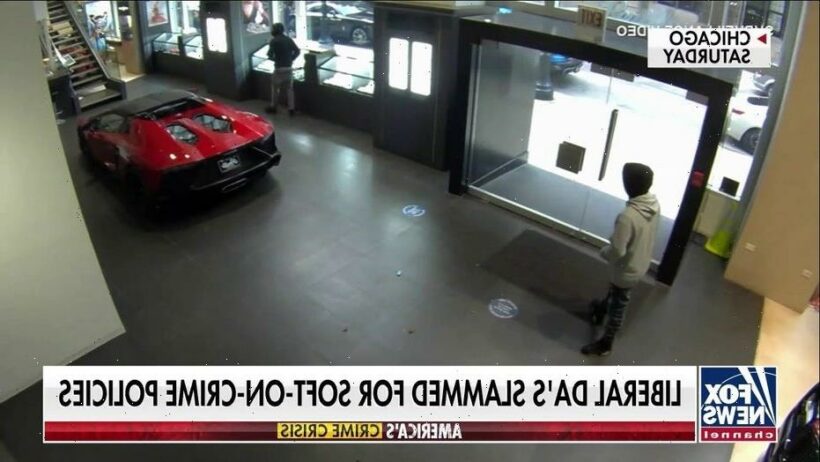 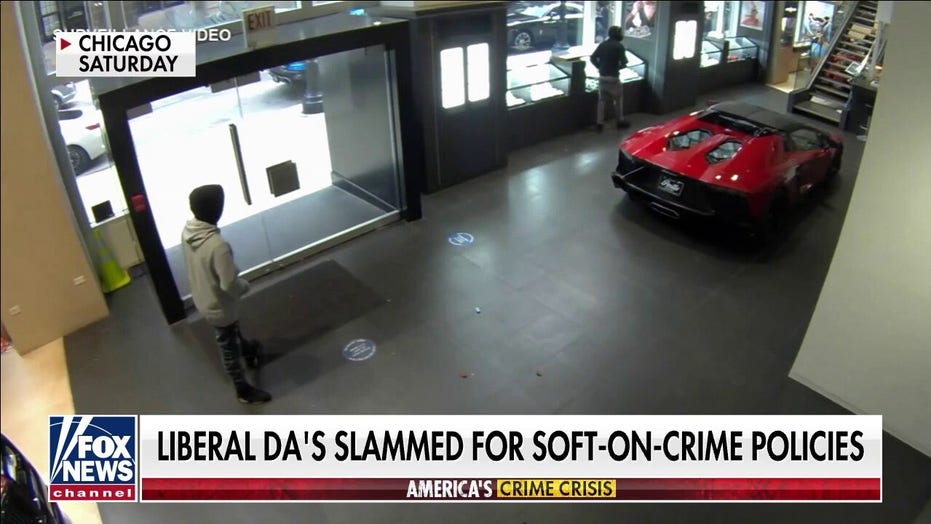 Chicago Alderman Anthony Napolitano says criminals have been ’emboldened’ by a lack of prosecutions.

A Nordstrom in a Chicago suburb was targeted by two grab-and-run burglaries on the same day as retail theft continues to spike.

Two robberies unfolded at the Oak Brook Mall’s Nordstrom location on Dec. 6, with one happening at about 12:45 p.m. and the second around 7:05 p.m., ABC 7 Chicago reported.

The suspects reportedly ran into the store, grabbed merchandise and ran out. The mall is located about 20 miles from Chicago.

Police are investigating the matter. Fox News reached out to Oak Brook Police inquiring how much was stolen in the robberies. 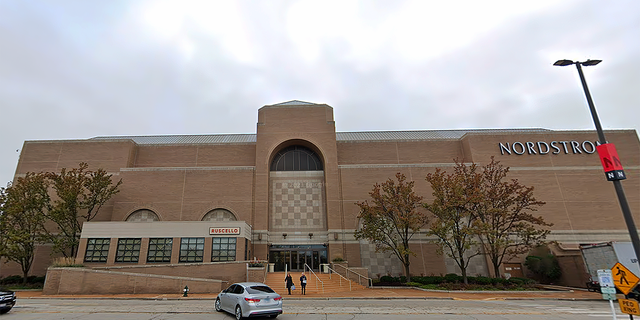 Nordstrom location in Oak Brook, Illinois, which was targeted by two robberies on the same day
(Google Maps)

The two robberies come after a Louis Vuitton store in the same town was targeted by 14 thieves last month, who stole $120,000 in merchandise, according to police.

“Once they entered the store, they pulled out the garbage bags from their coats and started filling them with merchandise,” Oak Brook Police Chief James Kruger said.

Smash-and-grabs are also unfolding in Chicago. Armed smash-and-grab looters broke into a high-end exotic car dealership in the city Saturday, stealing millions of dollars in watches.

“We’re here to run a legitimate business, not be a western shootout,” Joe Perillo, co-owner of Gold Coast Exotic Motor Cars, said of the robbery.

He added that Mayor Lori Lightfoot and District Attorney Kim Foxx must hold the perpetrators to account.

“The mayor and Kim Foxx have to take a firm stand. It is wrong for someone to walk in, break into a place. And if they get caught, they get let out,” Perillo said.

Lightfoot has come under fire for suggesting retail stores are to blame for the crimes, saying she’s “disappointed” that stores “are not doing more to take safety and make it a priority.”

“We also got to push retailers. Some of the retailers downtown and [on] Michigan Avenue, I will tell you, I’m disappointed that they are not doing more to take safety and make it a priority. For example, we still have retailers that won’t institute plans like having security officers in their stores, making sure that they’ve got cameras that are actually operational, locking up their merchandise at night. Chaining high-end bags, these purses seem to be something that is attracting a lot of attention on these organized retail theft units,” Lightfoot said last week.

Smash-and-grab crimes are also plaguing California, most notably in the San Francisco and Los Angeles areas at multiple Nordstrom locations.

A Nordstrom spokesperson said after one smash-and-grab incident in Walnut Creek, California, that security presence was increased both inside and outside stores and the retailer is closely working with local law enforcement.

“We also have enhanced training and protocols designed to ensure all our teams feel prepared to respond in the event of a safety incident. Given recent incidents at our stores and incidents across the industry, we’re heightening our in-store security presence and implementing additional protective measures to keep everyone safe,” the store said.