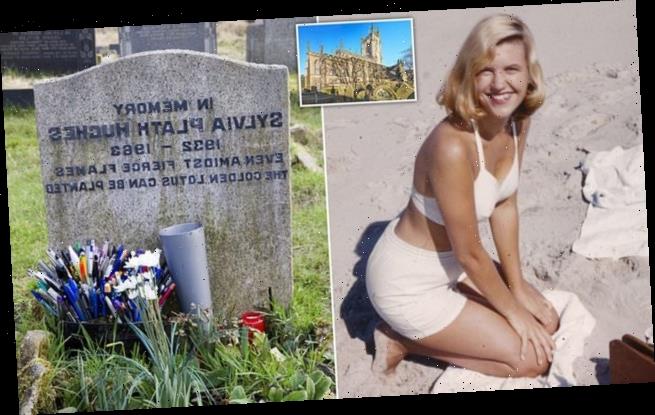 The Church of England has allowed a fan of poet Sylvia Plath to be buried alongside her ‘literary heroine’ in a Yorkshire graveyard 200 miles from her home in a ‘possibly unique,’ case.

Plath, a celebrated poet and novelist who took her own life in 1963, is buried at St Thomas the Apostle’s churchyard in Heptonstall, West Yorkshire.

Despite living around 200 miles away in Oxfordshire, a 44-year-old woman has been allowed to be buried at the same site, saying she felt ‘profoundly spiritual,’ during a visit.

A church judge who approved the request described it as ‘unusual, possibly unique’. 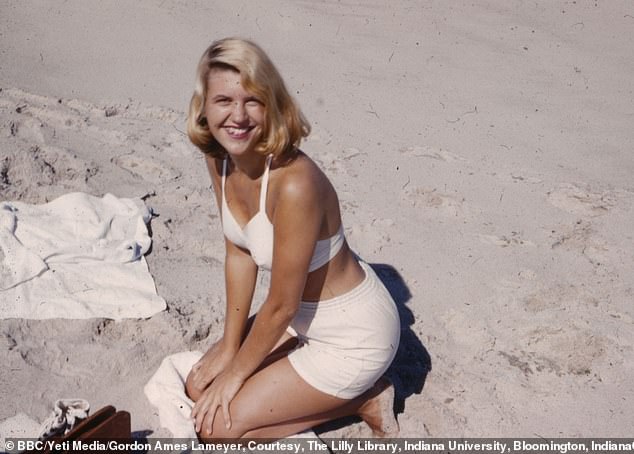 Sylvia Plath is one of the most celebrated writers of the 20th century. Her semi-autobiographical novel The Bell Jar has sold more than 3million copies worldwide, while her poetry is revered as having advanced the form 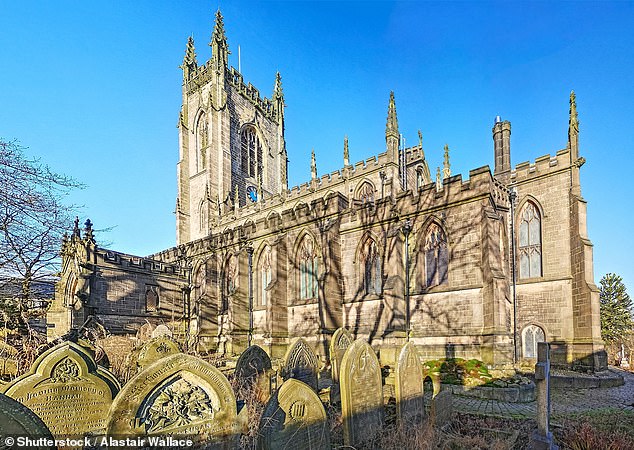 An Oxfordshire woman has won the right to be buried in the same churchyard as Plath, at St Thomas the Apostle church in Heptonstall, West Yorkshire. The US-born writer was buried there after she took her own life in 1963, aged just 30

RULES FOR BURIALS AT CHURCH GRAVEYARDS

The Burial Act 1853 states, local residents, people named on a church’s electoral roll and those dying within the same parish all have the right to be buried at their local churchyard.

However, special requests can be sent off to the Church of England to be buried elsewhere.

Under the Burial Act 1853, local residents, people named on a church’s electoral roll and those dying within the same parish all have the right to be buried at their local churchyard.

However, special requests can be sent off to the Church of England to be buried elsewhere.

In a judgment published by the Church of England, the unnamed woman applying to be buried in Heptonstall explained why she had applied for permission.

She wrote: ‘A few years ago I visited Heptonstall with my mother to visit the grave of the troubled poet, Sylvia Plath, wife of poet laureate Ted Hughes.

‘We did not stay long as the last bus down the steep hill to Hebdon Bridge was due, yet I felt profoundly spiritual in this place.

‘My siblings and their families know I love literature and will understand why I wish to be buried in St Thomas’s cemetery in the parish of St Thomas the Apostle in Heptonstall in Yorkshire.’

Reverend Karen Marshall raised no objections to the application, stating: ‘There is a lot of interest in the history of the village and its connection with Sylvia Plath, and although most people who are buried here are local, it is by no means the case for all of the burials.

‘However, to my knowledge no one to date has cited their reason for wishing to be buried here as being on account of literary associations. 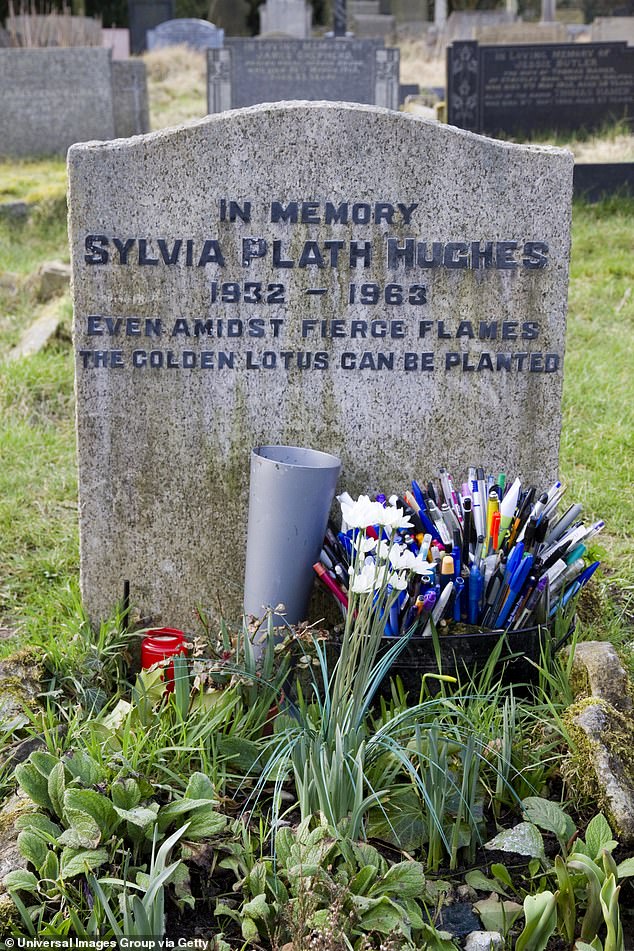 An inscription on Plath’s gravestone reads: ‘Even amidst fierce flames the golden lotus can be planted’. Her husband, poet Ted Hughes, had to have the marker repaired on numerous occasions after people repeatedly scratched off his name as they blamed him for her suicide 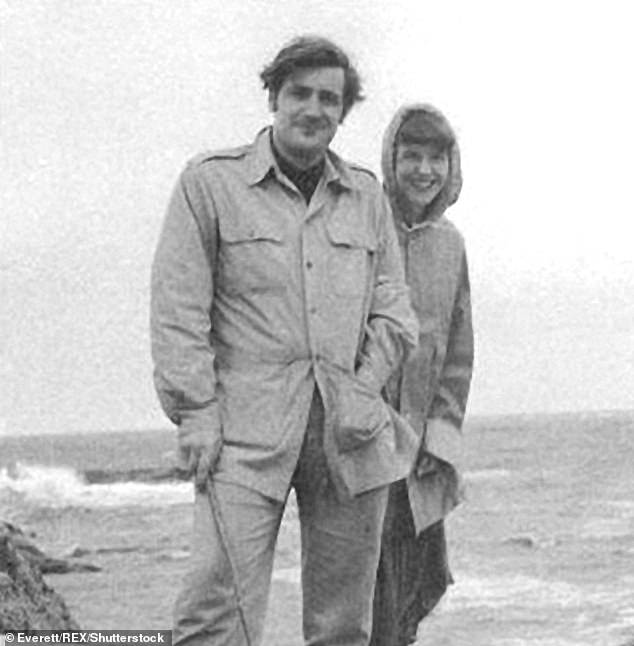 Sylvia Plath was married to Ted Hughes, who would go on to be the poet laureate. The couple separated months before her death after Plath discovered Hughes was having an affair

Church judge The Worshipful Mark Hill QC, Chancellor of the Diocese of Leeds, said he felt confident that granting permission would not spark a flood of applications from people ‘wanting to be buried in close proximity to their literary heroes and heroines’.

There is space for around 450 more burials in the churchyard, court documents show.

In his judgment, Mr Hill said: ‘The reason for seeking a faculty is unusual, possibly unique.

‘It is not for this Court to investigate the objective reasonableness of the petitioner’s justification, especially where there is so much available space.’

Sylvia Plath: The acclaimed US writer who married a Poet Laureate before taking her own life at 30

Sylvia Plath is one of the most celebrated writers of the 20th century.

Born in Boston, Massachusetts, Sylvia Plath was first published in the children’s section of the Boston Herald, aged eight.

She would go on to attend the University of Cambridge, before marrying Ted Hughes, who would later become the Poet Laureate.

The couple separated after Plath discovered Hughes was having an affair.

In 1963, after a life struggling with clinical depression, Plath took her own life at her home in Primrose Hill, London. She was 30-years-old. 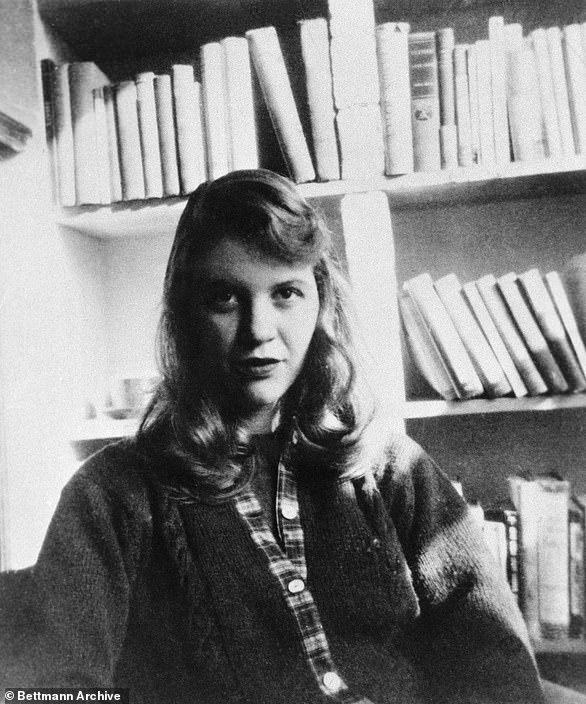 Sylvia Plath’s writing was first published when she was eight-years-old. She would continue to write, despite struggling with clinical depression, before taking her own life aged 30

While she was first published aged eight, that year also brought tragedy for Plath, as her father Otto died.

As a student, she attained a scholarship to Newnham College at the University of Cambridge, where she continued to pursue her passion for the written word.

She met poet Ted Hughes in February 1956 after admiring his work and by June of that year they were married.

Her collections of poetry, Collosus and other Poems, as well as Ariel, are credited with advancing the genre of confessional poetry.

Her semi-autobiographical novel The Bell Jar has sold more than three million copies worldwide and is still read to this day.

The book was originally published under a pseudonym and mirrored Plath’s own mental health struggles in the years before she died.

She was clinically depressed for most of her adult life and underwent electro-convulsive therapy numerous times, before she took her own life in 1963, aged just 30.

At the time she was living in Primrose Hill, London, and had separated from Hughes after discovering he was having an affair.

Hughes, who later became the Poet Laureate, would have to repair Plath’s grave in Heptonstall on numerous occasions after his surname was repeatedly scratched from her gravestone.

An inscription on the headstone reads: ‘Even amidst fierce flames the golden lotus can be planted.’