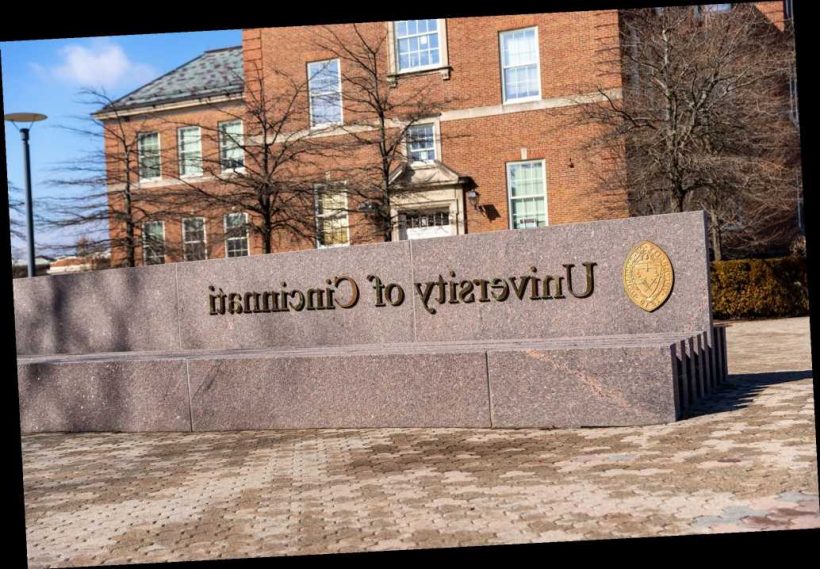 Lecturer fired for ‘aggressive’ use of question marks gets $20K payout

The pandemic’s high — and largely overlooked — toll on ‘In-Betweeners’

A University of Cincinnati professor who referred to COVID-19 as the “Chinese virus” in an email to a student will not be back at the college next semester, according to a report.

The contract of John L. Ucker, an adjunct instructor for the university’s College of Engineering and Applied Science, will not be renewed following the September email he sent to a student who said he needed to miss a lab due to possible exposure to the virus, the Cincinnati Enquirer reported Monday.

“For students testing positive for the chinese virus, I will give no grade,” the email from Ucker’s university account read. “You can read the info I sent to the class re: torsion test.”

Ucker was put on administrative leave with pay one day after engineering student Evan Sotzing posted the email on Twitter, where it reportedly racked up nearly 200,000 interactions. The 20-year-old junior told WKRC at the time that he wanted a “sincere apology” from Ucker, adding that he was shocked “anyone in power” would use such divisive language.

The university’s dean of engineering and applied sciences referred the matter to its Office of Equal Opportunity and Access while denouncing the “xenophobic” message.

“We can better protect and care for all when we speak about COVID-19 with both accuracy and empathy — something we should all strive for,” dean John Weidner wrote the Enquirer in September.

Weidner announced in November that Ucker would remain out of classrooms for at least the remainder of the fall semester.

“As an isolated reference, the term ‘Chinese virus’ did not meet the threshold to be designated harassment,” Weidner said in a statement. “However, it did represent poor judgment, caused offense to members of our community, and distracted from the learning environment.”

Ucker, who had taught at the university since 1996, had been offered an adjunct position in its engineering college effective from late August through mid-December. He was paid $3,600, records cited by the Enquirer show.

A university spokesperson said Friday that Ucker’s contract as an adjunct instructor had not been renewed. He could not be reached for comment Monday, the newspaper reported.

The university’s president, meanwhile, called for an end to “hate and violence” targeting Asian Americans last week — one day after gunman Robert Aaron Long, 21, killed six women of Asian descent and two other people at Atlanta-area massage parlors. Investigators in Atlanta have said there is no evidence so far that the massacre was motivated by racial hate.

“As a nation, we must do more to abolish bigotry and protect and celebrate difference,” university president Neville Pinto said. “As a campus community, we must show our strength in unity by standing with our Asian American students, faculty, staff and alumni to renounce all forms of hate and violence.”