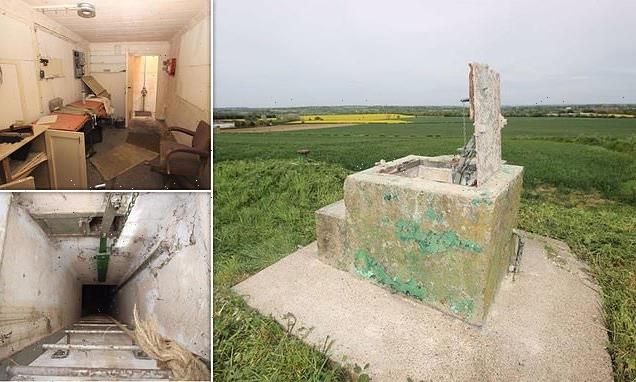 The perfect place to wait out World War Three: Cold War nuclear bunker could be yours for just £18,000 with no water, gas or electricity but room for a chemical toilet

The nuclear observation station was once manned by the Royal Observation Corps.

It is said to have ‘open countryside views’ and ‘road frontage and access’.

The ‘internal accommodation’, which is 20ft underground, is described as ‘very primitive’.

Due to safety reasons, prospective buyers will not actually be able to go inside the bunker in Pontefract, West Yorkshire, to have a look. 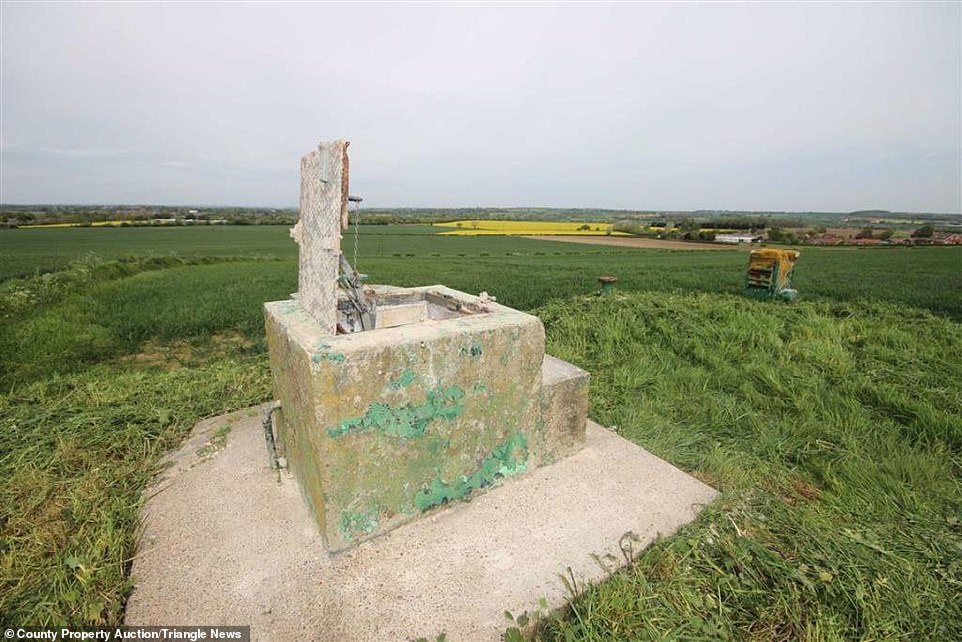 A Cold War-era nuclear bunker in Pontefract, West Yorkshire, is up for sale for £18,000 – with the listing boasting of ‘open countryside views’ 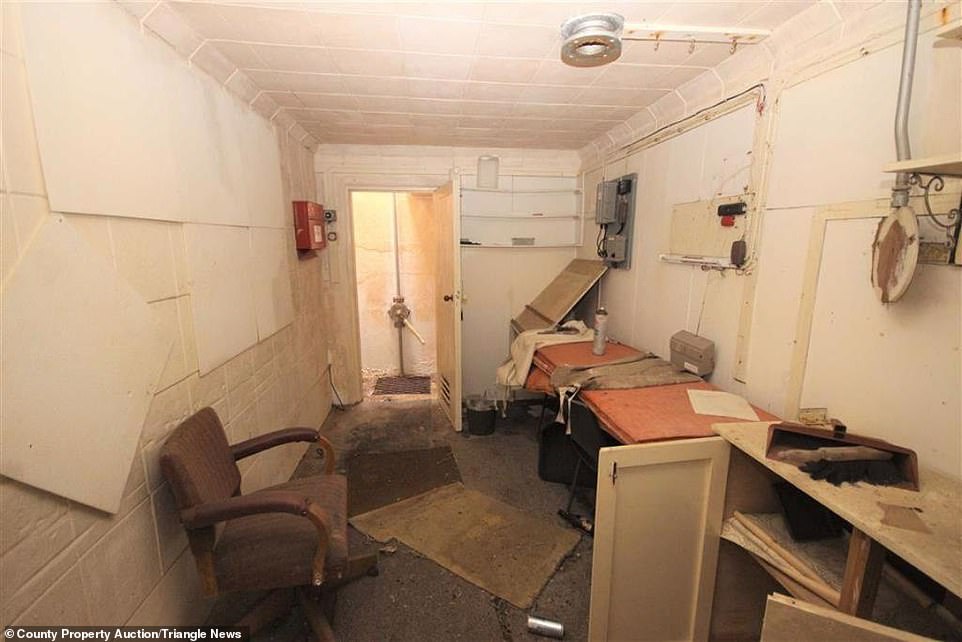 The bunker, which was once manned by the Royal Observation Corps., is described in the ad as ‘very primitive’, lacking electricity, gas and running water

The listing, put up by The County Property Auction, says: ‘The internal accommodation comprises a locked entrance hatch which leads to a 20ft vertical ladder down to an underground chamber.

‘This room would have housed the observers, their instruments and welfare facilities.

‘There is also a smaller room which would have housed a chemical toilet.

‘Conditions were very primitive; there was no running water, gas or mains electricity.’

The property can only be viewed on foot and in daylight hours.

Due to safety reasons, prospective buyers will not actually be able to go inside the bunker to have a look.

The only access to the outside world for volunteers of the Royal Observation Corps would have been a loudspeaker intercom, connected to the UK Warning and Monitoring Organisation HQ. 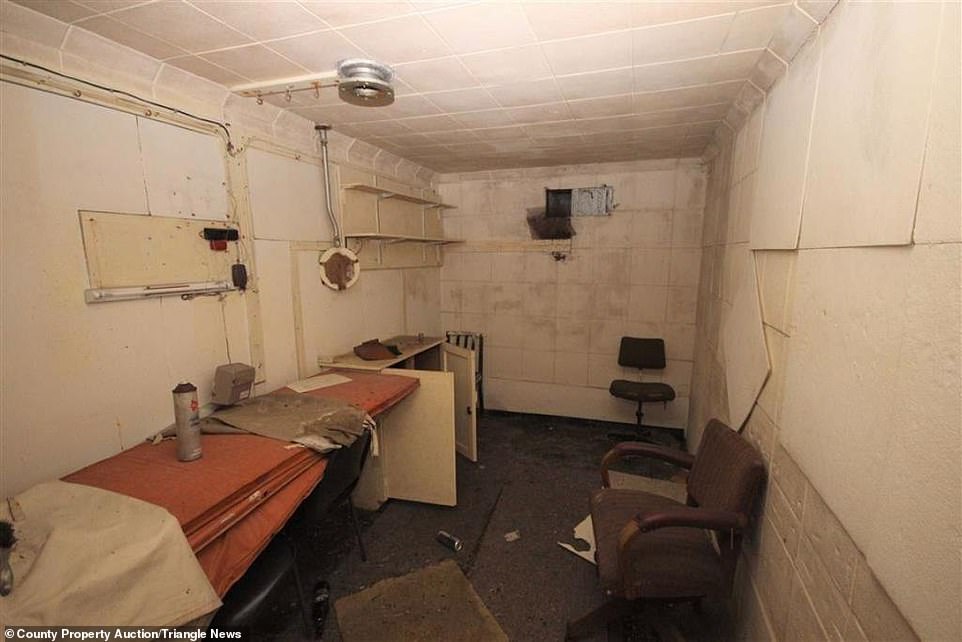 There were once more than 1,500 bunkers across the UK, but nearly all were closed for good in 1991

Also known as UKWMO, this was a civilian organisation providing UK military and civilian authorities with data on nuclear explosions and forecasts of fallout across the country in the event of a nuclear war.

Max Bramwell, a property investor, added: ‘This would make an awesome Airbnb.’

No telephone was provided, but the post had a Warning receiver to know when to sound the hand operated siren, and the master post in each area had a radio for a backup to the landline intercom device.

According to bunker experts Subterranea Britannica there were more than 1,500 bunkers across the UK.

Nearly all were closed for good in 1991.

The bunker, and the land surrounding it, is due to go up for auction on June 21.