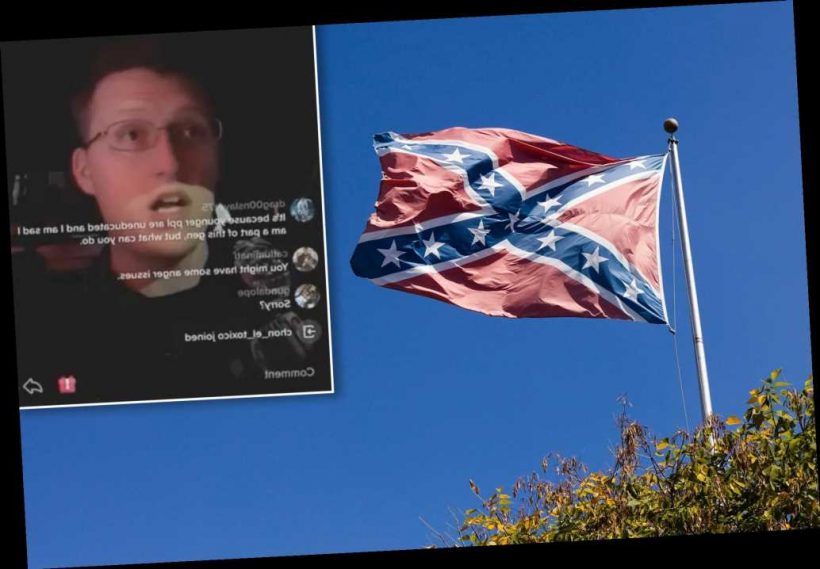 If the woke have their way, soon we won’t have ANY culture to speak of

A cop in Pennsylvania has been suspended for making racist comments and defending the Confederate flag in a TikTok live rant he filmed while in uniform inside his police vehicle.

In the video, the Mansfield Borough Police Department cop says the Confederate flag is not racist — and as for slavery, he gripes, “that’s been over 200 years ago.”

“I think it’s time that people just like get the f–k over themselves,” he complains, according to a clip posted by the local NBC affiliate, which identified the cop as Officer Brian Gossert.

“I don’t understand how (the Confederate flag) is racist,” the cop blathers in the clip, which has since been removed from TikTok.

“So yeah, technically, they fought for slavery, I guess you could say,” he concedes.

“Why hate them,” he says of southerners, “for something that no one is alive from any more?”

The cop goes on to claim that the “f—ing Democrats” started the KKK.”

“Everyone wants to call cops racist but yeah, you know who starts racism, Democrats,” he says.

The camera continues to run as he leaves the car to make an apparent drug arrest.

The Mansfield police did not immediately respond to a request for comment.

In a statement posted to Facebook on Wednesday night, the Mansfield Borough Council said it “is aware that a borough police officer posted offensive videos on a social media platform which were recorded and posted while he was on duty.”

The council said it is “appalled and outraged by this conduct.”

“The officer has been suspended and an investigation is proceeding,” the post said.