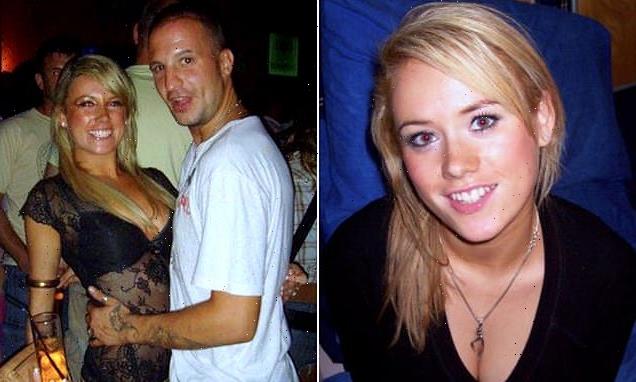 Coroner tells devastated parents there is no evidence of foul play over their 22-year-old daughter’s Ibiza balcony fall death after they spent £70,000 trying to prove it was murder

Devastated parents who spent £70,000 investigating their daughter’s death in Ibiza have been told by a coroner that there is no evidence of foul play.

Rachel Turner, 22, from Northfield, Birmingham, died in October 2007 after falling around 17ft from a balcony ledge in the resort of San Antonio.

Her parents have long harboured suspicions about the Birmingham City University student’s death, believing she would never have taken her own life.

Jane and Leslie Turner launched their own investigation – at a reported cost of £70,000 – having gone public with their fears about how she died.

But an inquest at Birmingham Coroner’s Court yesterday heard there was nothing to support the parents’ assertion, and also no evidence to suggest suicide. 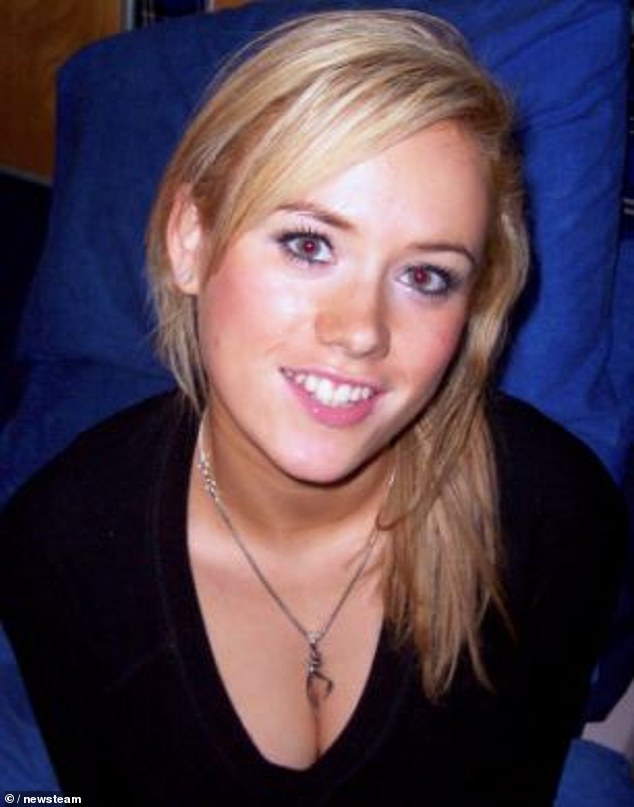 Rachel Turner (pictured above), 22, from Northfield, Birmingham, died in October 2007 after falling around 17ft from a balcony ledge in the resort of San Antonio

Broken fingernails and bruising to Ms Turner’s fingertips on her left hand were ‘consistent with her trying to grab onto masonry while falling’ to try and save herself, the hearing was told.

The only witness to the fall at the Tanit apartment complex was ex-security guard Michael Tollerfield – a Scottish man who had known Ms Turner for five to six weeks, although the pair were not in a relationship.

His witness testimony varied in three different police statements, but it was ‘not possible to decide which of those versions was accurate’, the inquest was told.

Ms Hunt said ‘inconsistencies’ in the case were likely to be explained by ‘intoxication and the passage of time’.

She said there was no evidence that Ms Turner’s death was as a result of ‘foul play’.

Ms Hunt said: ‘The family have grave concerns that Rachel’s death was as a result of third-party involvement.

‘The Spanish investigation has not identified any evidence of foul play and has not proceeded with any investigation.

‘West Midlands Police has undertaken investigations from as early as October 2007 and the initial investigation, based on some evidence provided, was looking at whether or not Rachel had taken her own life. 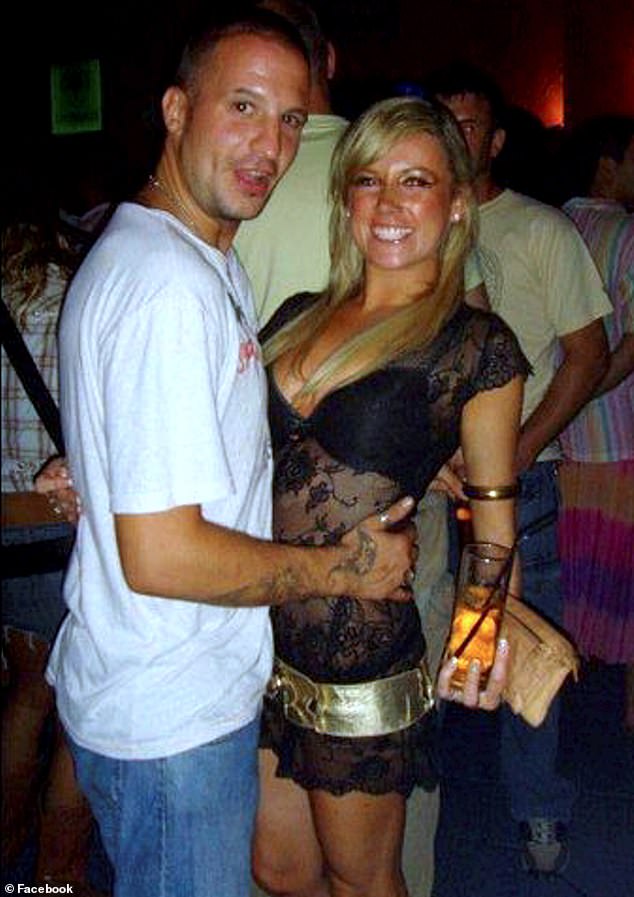 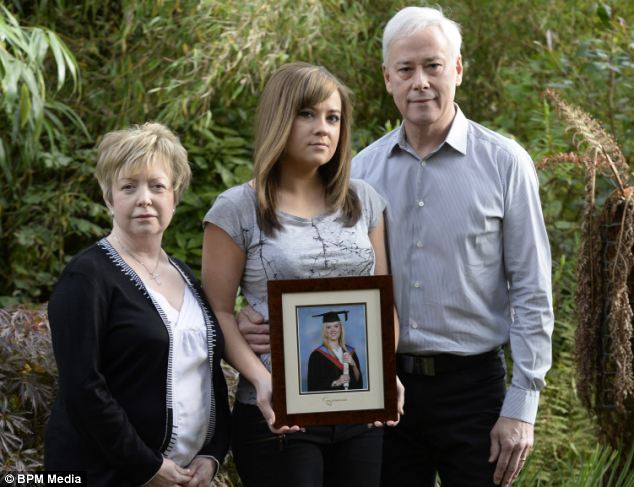 Jane and Leslie Turner (pictured with Rachel’s sister, Sarah) launched their own investigation – at a reported cost of £70,000 – having gone public with their fears about how she died

‘I want to say I’m entirely satisfied there is no evidence to support that. The conclusion from all of that is that West Midlands Police has not been able to identify how she came to fall.

‘They have confirmed there is no additional evidence that can be obtained after this passage of time. They have not identified any evidence of any third-party involvement in Rachel’s death.’

Forensic pathologist David Rouse carried out an independent review of the case.

Dr Rouse said: ‘To damage the fingertips is the sort of injury you would expect if you were to grab hold of a rough surface, such as a balcony or part of a wall.

‘It implies there’s an attempt to save yourself from falling. It is very difficult to account for that sort of damage.’

Ms Turner, a fashion and design student, was in Ibiza over the summer of 2007 and worked as a nightclub promoter.

‘From the evidence I’ve heard it is clear that all who were out drank a lot of alcohol that evening.’

Ms Turner had tried unsuccessfully to buy credit for her phone and headed back to her apartment with a friend in the early hours of October 1.

She later went back out again to buy vodka from a convenience shop and was with Mr Tollerfield. 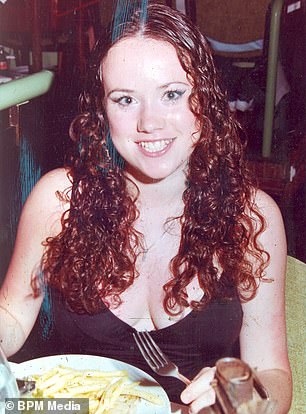 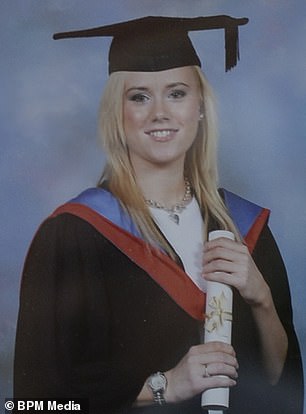 Ms Turner (pictured left and right, at her graduation) suffered a ‘severe, unsurvivable head injury’, which resulted in her death on October 7, 2007, said Ms Hunt

She then attempted to visit a rooftop terrace, which had a pool and sun loungers, but the door was locked and she headed down the stairs.

Ms Hunt continued: ‘Michael caught up with her on the first or second floor landing. She was sitting on a wide ledge on one of the balcony landings.

‘He spoke with her and recounted how she was upset about going home and finishing her degree.’

The inquest was told Mr Tollerfield gave three different witness statements between 2007 and 2018.

Ms Hunt said: ‘The first statement given to the Spanish police refers to Rachel having “hurled herself off over the ledge.”

‘The second statement he refers to her having her legs over the edge, pivoting around to talk to him and then falling.

‘Then the Scottish interview (to Police Scotland) of her having her legs over the edge, pivoting to look at him and then falling.

‘He accounts for the difference in his Spanish statement when interviewed that he wasn’t given the opportunity to properly understand it as it wasn’t read back to him.

‘After Rachel had fallen from the ledge she landed on the ground below and Michael Tollerfield was the first to attend to her and give her first aid and an ambulance was called.

‘She was taken to hospital where she was diagnosed with a severe head injury despite surgery. Unfortunately they found she was brain damaged from that injury.

‘She was flown home to be with her family and for a second opinion.’ 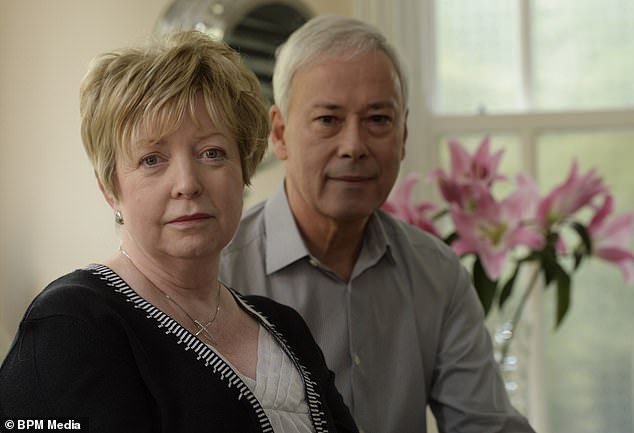 Ms Turner suffered a ‘severe, unsurvivable head injury’, which resulted in her death on October 7, 2007, she added.

Post-mortem examinations were undertaken at the time with the cause of death given as a head injury.

The coroner said the ‘number of inconsistencies’ evident in the case was likely to be explained by ‘intoxication and the passage of time’.

She added that the pathologist confirmed the ‘grabbing motion will change the trajectory of her fall’, but the ‘pathology was unable to help how she fell.’

Ms Hunt said: ‘I can conclude Rachel fell from a ledge of a balcony. I do find there is no evidence a third party was involved in her death.

‘The injuries to her fingers are consistent with grabbing to try to save herself, but that could have due to any mechanism of falling. There is no evidence she intended to take her life.

‘I am satisfied that the only safe conclusion for this court to reach is a narrative conclusion.’

She concluded that Ms Turner died ‘as a result from a fall from a height while intoxicated.’

Ms Hunt told the family: ‘I realise that is not the answer that you so badly wanted. I have to reach a conclusion based on evidence which is provided to this court.

‘I would like to take this opportunity by offering my sincere condolences to you all. This has been an awful journey for you and I realise that it’s not over for you because every minute of every day you feel the pain and loss of Rachel.’