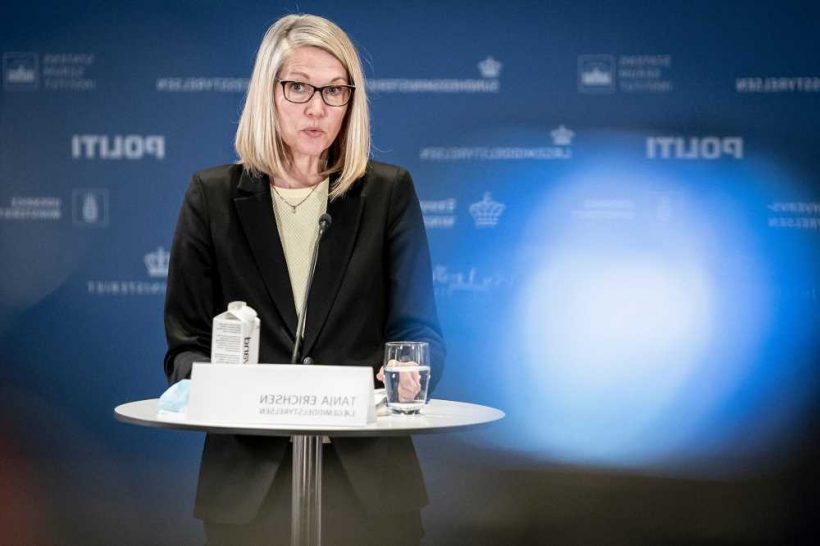 Denmark first nation to ditch AstraZeneca vaccine despite WHO approval

Woman who died after AstraZeneca vaccine had ‘unusual symptoms’

Denmark’s top health official suddenly fainted at a press conference Wednesday announcing the country would be halting use of the AstraZeneca vaccine.

Video of the briefing shows Tanja Erichsen, the head of Denmark’s Medicines Agency, standing in front of reporters and then collapsing without warning, BBC News reported.

Three men then rush to her aid, including one who tries to raise her legs up. The others are seen moving Erichsen to her side.

She was taken to the hospital as a precaution and recovered.

The country became the first in Europe to fully shelve the AstraZeneca vaccine in light of recent links to blood clots.

Two cases of blood clots have been reported in Denmark — including one, involving a 60-year-old woman, which was fatal.

“Based on the scientific findings, our overall assessment is there is a real risk of severe side effects associated with using the COVID-19 vaccine from AstraZeneca,” said Søren Brostrøm, director general of the Danish Health Authority, said in a statement. “We have, therefore, decided to remove the vaccine from our vaccination [program].”