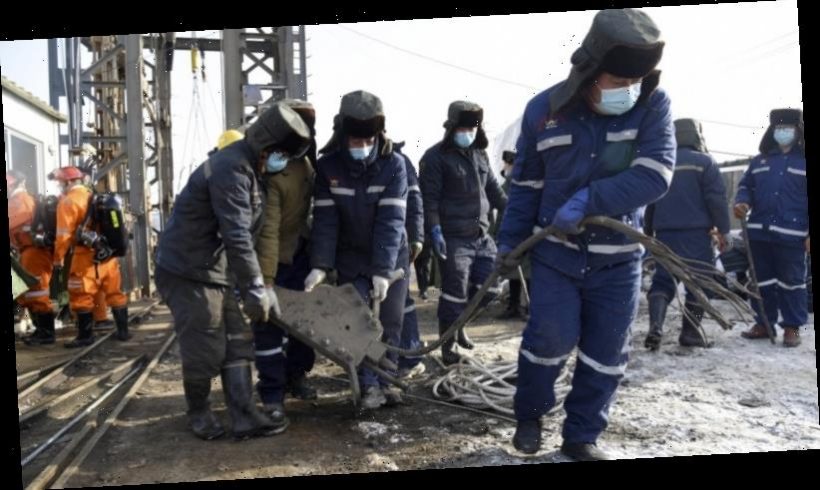 A week after 22 Chinese gold miners went missing, a note has made it to the surface pleading that rescue efforts continue.

The mining company did not report the disaster for more than 30 hours after an explosion rocked the Hushan mine near Qixia in China's Shandong province on January 10.

But at least 12 were apparently alive, 600 metres from the mine's entrance, stuck under tonnes of rubble. 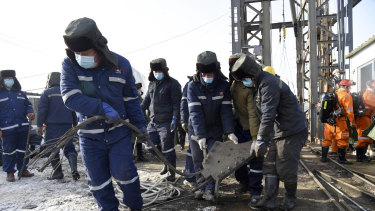 Rescuers work to clear rubble at the mine explosion in Shandong Province last week. Credit:Xinhua via AP

"Don't stop trying to reach us," the note said. "We hope the rescue continues. We remain hopeful."

Water levels are rising, the underground smoke-filled air is stifling, medications are running out. The temperature fell to -8C in Qixia overnight. 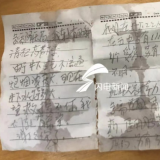 The note from a dozen Chinese miners after more than a week trapped underground. Credit:Xinhua

More than 500 rescuers are now racing to tunnel escape paths for the dozen miners and another 10 believed to be trapped in another section of the mine almost 100 metres further in, their condition unknown.

The first signs of life were the taps on the pipe drilled into the mine. Chinese state media agency Xinhua reported that, on Sunday, nine distinct knocks gave rescuers confidence that they had found a group of workers alive. The explosion during the mine's construction had knocked out its communication system.

The pipe was followed by a wire. The miners tugged on it to confirm they were still alive. Pain killers, food, paper and pencils would follow it down. The note returned on the way back up.

Rescuers have now established wired telephone contact with the 12 miners. The deputy secretary of Shandong's Yantai city, Chen Fei, told a press conference on Monday the miners were "very weak".

The chief engineer of the National Mine Emergency Rescue Centre, Du Bingjian, told China Daily on Monday that emergency responders faced a perilous task drilling rescue shafts they can use to pull out the men. "This mine has the hardest rock I have ever known, along with two strata that contain water, which hinders the drilling," he said. 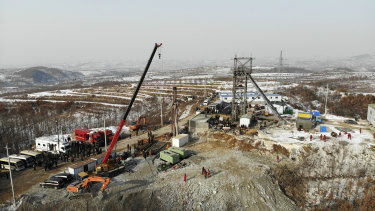 The site of the explosion in Qixia. Credit:Xinhua

The saga has sparked a strong backlash in China, with state media condemning the company's delays in reporting the accident after it attempted to rescue the miners itself for more than a day without success.

Unit leaders responsible for the delays have already been taken into custody. The party secretary and mayor of Qixia have been sacked over the accident.

Chinese laws mandate that all major accidents in the risky and poorly regulated industry are reported within an hour.

More than 50 miners have been killed in China since December 2019.