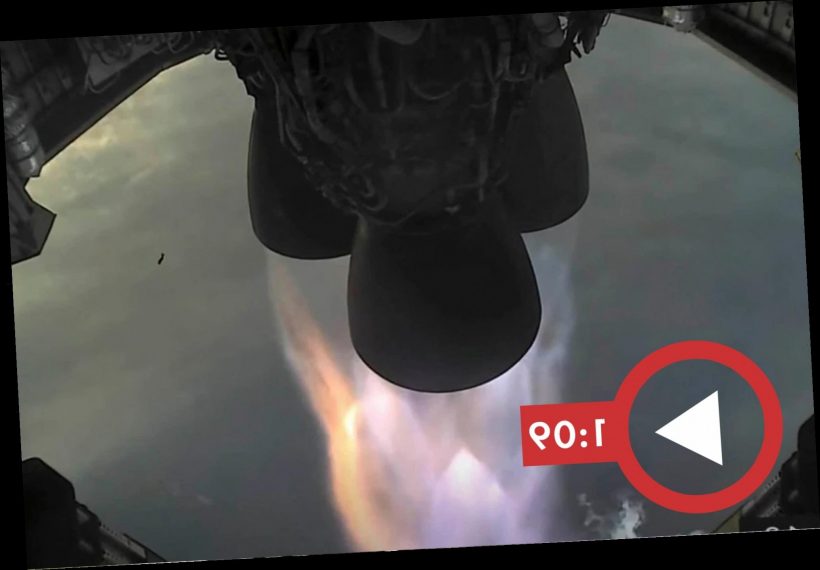 After a successful 8 a.m. take-off and brief test flight, the live-streamed cameras on SN11 froze at 5 minutes and 49 seconds as it came into land — with the silence broken by a loud boom as it touched down.

“Another exciting test, as we say,” SpaceX launch commentator John Insprucker said as he concluded the webcast.

It was the fourth Starship prototype to crash, with SN8 and SN9 also previously exploding upon landing during their test runs — and SN10 landing successfully but then exploding minutes later.

“We do appear to have lost all the data,” Insprucker said during the webcast. “We’re going to have to find out from the team what happened,” he said.

Cameras on the ground also failed to capture exactly what happened to SN11 because of heavy fog in Brownsville, which is located on the southeastern tip of Texas, near the Mexico border — and which Musk has named Starbase.

“At least the crater is in the right place!” the billionaire space pioneer joked on Twitter.

“Looks like engine 2 had issues on ascent & didn’t reach operating chamber pressure during landing burn, but, in theory, it wasn’t needed,” Musk tweeted soon after the crash.

“Something significant happened shortly after landing burn start. Should know what it was once we can examine the bits later today,” he said.

SpaceX plans to use Starship to send astronauts and cargo to the moon and, ultimately, Mars.

Musk said earlier this month that SpaceX will be landing Starships on Mars “well before 2030.” But he noted that “the really hard threshold is making Mars Base Alpha self-sustaining.”

Musk on Tuesday encouraged people to “please consider moving to Starbase or greater Brownsville/South Padre area in Texas & encourage friends to do so!”

“Starbase will grow by several thousand people over the next year or two,” he predicted.