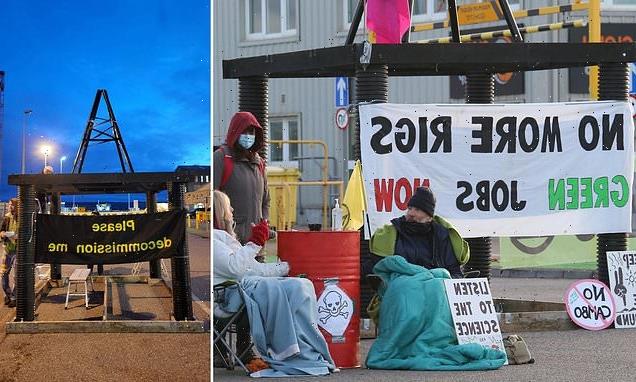 Climate change activists have used an oil rig prop to block the entrance to an oil facility on the Cromarty Firth in Scotland.

Extinction Rebellion Scotland members began their protest at the facility at the Invergordon Service Base of the Cromarty Firth Port Authority at 6.50am on Wednesday.

They placed a 13ft 8in (4.2m) oil rig made from scrap materials with a banner saying ‘Decommission Me Now’ on the road, and four people locked themselves on to prop oil barrels on the route to block traffic.

Activists also unfurled a banner stating ‘Climate Emergency’ across the road, while some held signs saying ‘No Future in Fossil Fuels’. 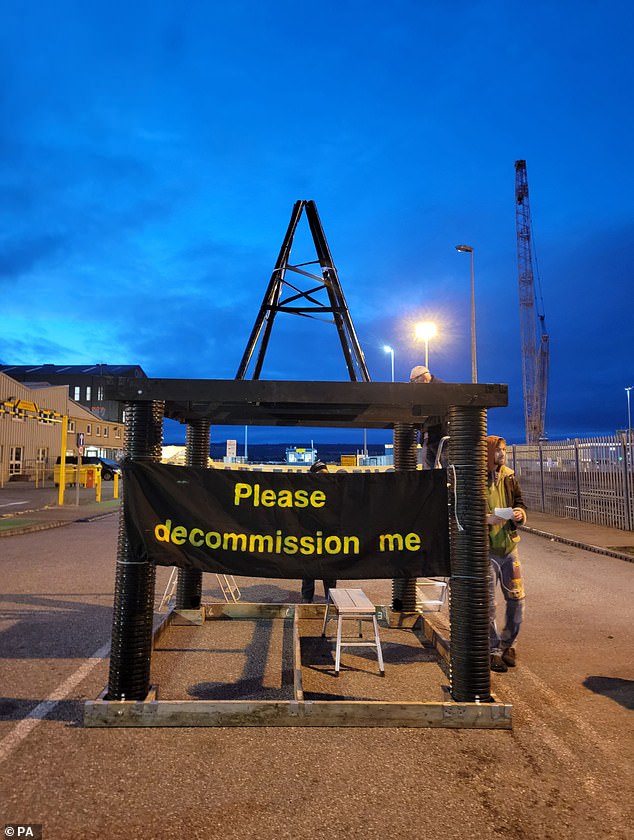 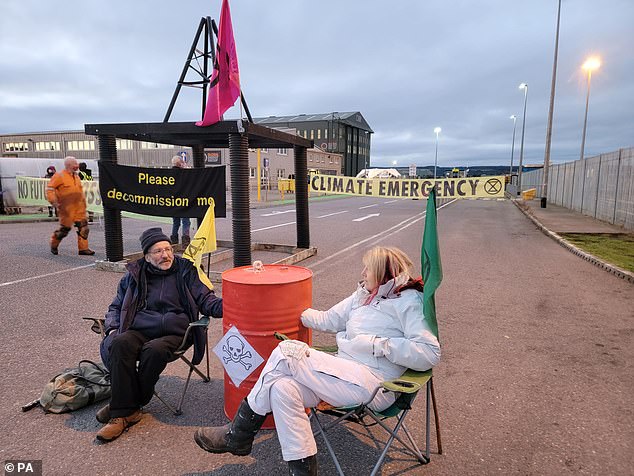 The members turned up at 6.50am to start the protest at Invergordon Service Base

The group are calling for an end to fossil fuel extraction and want to see support for a transition of skilled oil and gas workers into decommissioning and renewable industries, not new oil fields.

John Lardner, 69, Extinction Rebellion (XR) Scotland activist and retired history teacher, said ‘The Chatham House report says that even if the Paris Agreement carbon emissions were achieved, we have almost no chance of staying below pre-industrial levels of warming. We have to act now.

‘Our carbon budget is empty. We have no option.’ 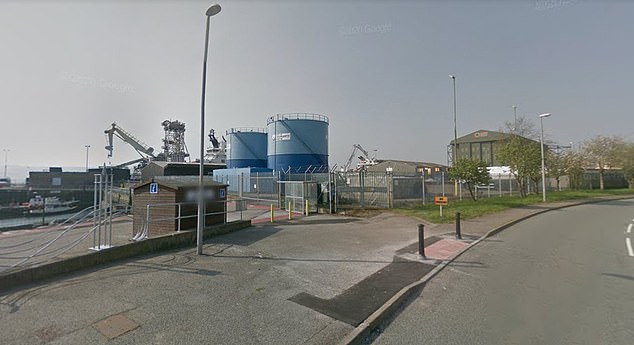 The protesters said they plan to stay at the site for most of the working day.

A Cromarty Firth Port Authority spokesman said: ‘The Port of Cromarty Firth can confirm that the environmental group, Extinction Rebellion Scotland, are currently at the Invergordon Service Base entrance and participating in protest action.

‘This is a matter for Police Scotland, who are currently on site managing the activity.

‘The Port’s priority is for the health and safety of all individuals at our facilities, including our staff, port users, the local community and the protester representatives.’