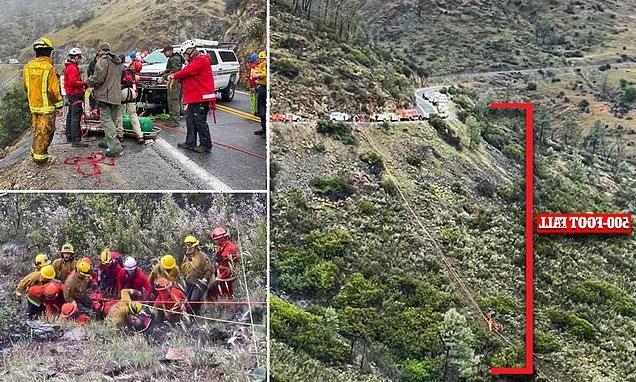 A California man and his 11-year-old son miraculously survived after their car plummeted 500 feet down a cliff face after a perceptive firefighter spotted a downed highway marker, drawing his attention to the wreckage hidden in the brush.

On Monday, Scott Anderson, 51, was driving his son in their Toyota Corolla on Highway 49 between Coulterville and Bagby Recreation Area in Rancho Cordova when he lost control of the car amid heavy rains in Mariposa County, according to the California Highway Patrol (CHP).

The car flipped down the hill several times before coming to rest in a ditch.

Luckily, a firefighter with Cal Fire pulled over to investigate the disrupted road marker as he returned from a call later that night, according to Mariposa County Sheriff Jeremy Briese – otherwise, the pair may not have been found in time.

‘The Cal Fire employee noticed signs of possibly a traffic accident or this delineator down,’ Briese told CBS News. ‘Their brave actions and their skills were able to find this vehicle.’ 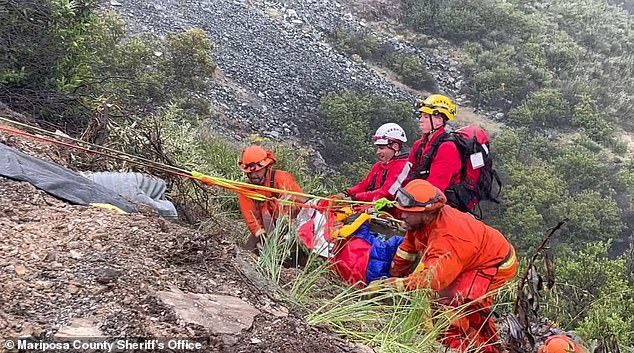 Scott Anderson, 51, and his 11-year-old son were rescued after their car veered off Highway 49 in heavy rains on Monday, careening down a 500-foot cliff. The pair survived with moderate injuries, and are currently hospitalized 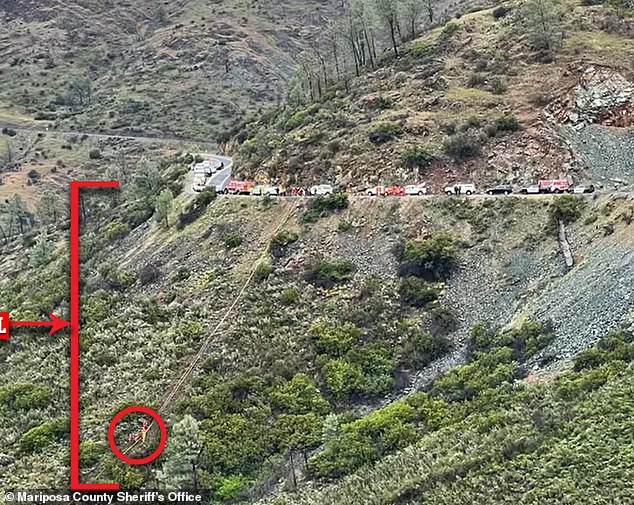 Pictured is the steep cliff where Anderson’s Toyota Corolla plunged 500 feet. The canyon is in an ‘extremely rural’ area, according to Mariposa County Sheriff Jeremy Briese 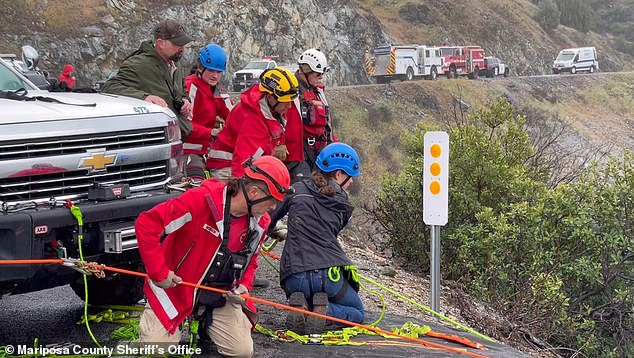 Rescue teams may not have reached Anderson and his son were it not for a keen-eyed firefighter who spotted a downed road marker on his way home from a call and pulled over to investigate, noticing the wrecked car in a ditch below 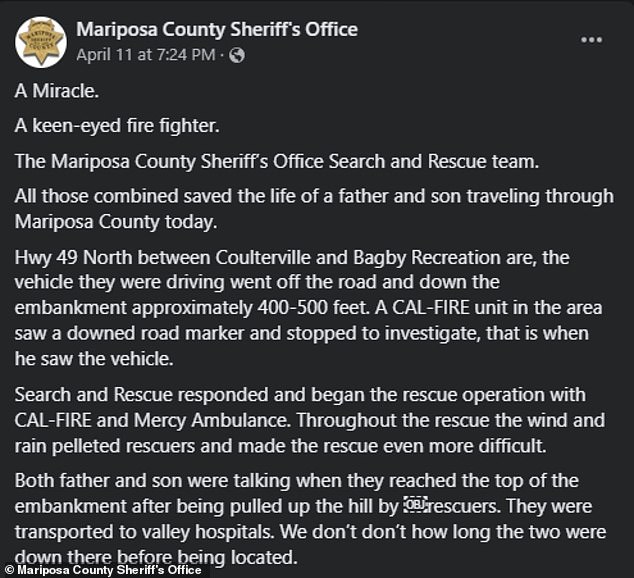 ‘The area that this vehicle went off is an extremely steep canyon in an extremely rural area of the county… Definitely, somebody was looking out for them.’

Through the continuing rain and strong winds, a group of search and rescue teams with Cal Fire and Mercy Ambulance managed to pull the two to safety after a grueling four hours.

‘I know the ropes they were using were 600-foot ropes, and once they reached the patients, they had about 100 feet left,’ Briese said.

Anderson and his son sustained moderate injuries, the department said, and were still hospitalized on Wednesday.

Both father and son were talking when they were finally hoisted up onto the embankment, according to a Facebook post from the Sheriff’s Office. The department said they were not sure how long the pair were trapped in the ditch.

Both father and son were wearing their seatbelts, the CHP said, and drugs or alcohol were not factors in the crash.