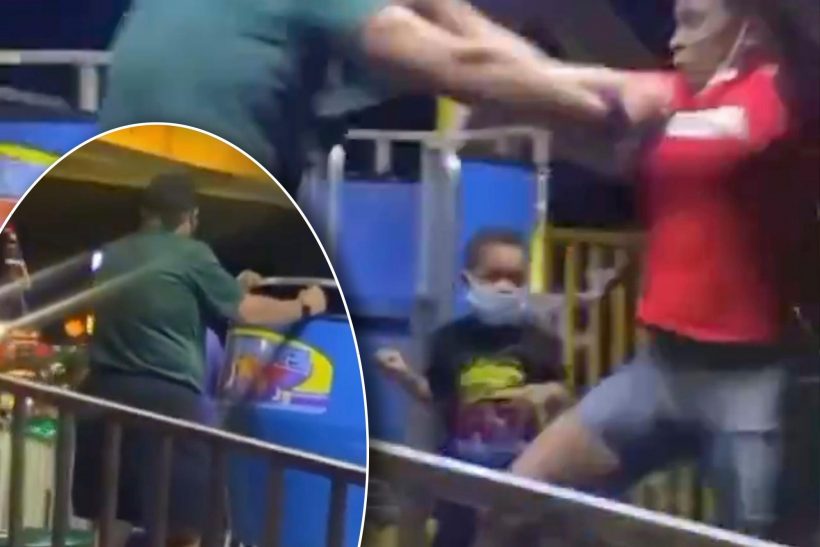 Woman thinks she saw baby dinosaur running through her backyard

A ferris wheel operator at a South Florida carnival attacked a black mother before he was pummeled by a crowd of onlookers, video shows.

Footage posted to Twitter showed the woman scolding the carnival employee as she exits the ride — and the argument quickly taking a violent turn.

In the clip, the man puts his hands on the woman and pushes her.

The two start hitting each other, prompting other carnival-goers to jump over the ride’s gates to defend the woman, video shows.

Police responded to the scene and later interviewed the woman, WPLG reported.

Detectives said they believe there’s enough “probable cause” to arrest the ride operator.

“The Opa-locka Police Department does not tolerate any criminal acts of violence and will prosecute those individuals to the fullest extent of the law,” police said, WPLG reported.

It was not known on Monday morning whether the ride operator had been taken into custody.