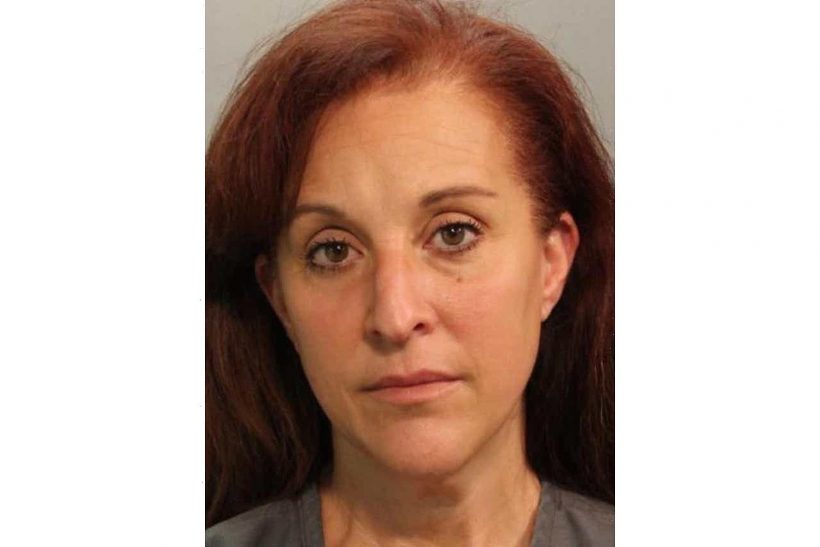 A Florida woman, who admitted that she intentionally coughed on and threatened a mask-wearing shopper during an interaction caught on video that went viral last year, has been sentenced to serve time in prison.

Debra Hunter, 53, will serve 30 days in jail, according to The New York Times, which cited court records.

A judge in Jacksonville also determined that Hunter must serve six months probation and participate in a mental health evaluation along with anger management, according to an email from David Chapman, the communications director for the state attorney's office in Jacksonville, which was obtained by the Associated Press.

The Fernandina Beach resident was also ordered to cover the costs of her victim's previous COVID-19 test and pay a $500 fine.

Hunter already received credit for the one day of jail time that she had already served last year, the AP reported.

Last June, Hunter was involved in the incident at a Jacksonville Pier 1 Imports store, where she coughed on fellow shopper Heather Sprague, who was recording video of Hunter's altercation with employees at the store.

Sprague later identified herself as a brain cancer patient and said she was on a rare public outing during the COVID-19 pandemic because her treatments left her immunocompromised.

In video of the incident, Hunter becomes aggressive with store employees before she turns toward Sprague with a two-handed obscene gesture. "I think I'll get really close to you and cough on you then," Hunter can be heard saying on the video. "How's that?"

Hunter previously entered her plea last month after Judge James Ruth told her he was ready to move ahead with jury selection for a trial.

Hunter had agreed at two previous hearings to plead guilty, but because neither of those pleas included the option for jail time, the judge rejected them, News4Jax previously reported.

The incident generated a backlash that turned Hunter into a pariah, according to a three-page letter from the mom of three to the judge in which Hunter tried to explain her actions.

In describing the incident, she wrote: "My daughter was alarmed when she noticed a stranger recording the three of us with her phone. Admittedly I was immediately infuriated and demanded this customer to stop filming my kids. In the heat of the moment, I over reacted in an over protective manner which ultimately led to my retaliation on this stranger, the victim. And that highly regrettable, split second, knee jerk reaction has cost my family dearly."

Hunter included another 23 pages that documented harassing texts, emails, letters and social media posts targeting her and her family. "Despicable, vile skank. I hope your whole family gets COVID and suffers immensely, then dies," one reaction read.

Hunter wrote, "We no longer take family bike rides around the neighborhood. We no longer wave at neighbors passing by."

"I realize this all may sound like a bad movie script," she added. "I assure you, I never thought I would be playing a starring role in a social media feeding frenzy."

Hunter dismissed any effort to portray her letter as a request for "mercy, empathy or understanding," she wrote. "I have been so incredibly humbled by this ordeal that I do not feel right about asking for anything. My guilt consumes me daily as I watch how one poor decision continues to chip away at my undeserving family."

But she concluded: "I often wonder what it would be like if every one of us, as the flawed human beings we are, had their worst moments reduced to a short video for all the world to see and judge."