A new whistleblower affidavit submitted by a former Facebook employee on Friday (Saturday AEDT) alleges that the company prizes growth and profits over combatting hate speech, misinformation and other threats to the public, according to a copy of the document obtained by The Washington Post.

The whistleblower’s allegations, which were declared under penalty of perjury and shared with The Post on the condition of anonymity, echoed many of those made by Frances Haugen, another former Facebook employee whose scathing testimony before Congress this month intensified bipartisan calls for federal action against the company. Haugen, like the new whistleblower, also made allegations to the Securities and Exchange Commission, which oversees publicly traded companies. 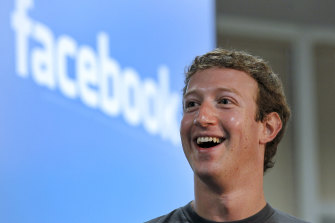 The new whistleblower is a former member of Facebook’s Integrity team whose identity is known to The Post and who agreed to be interviewed about the issues raised in the legal filing. Perhaps the most vivid moment in the affidavit comes in a direct quote the whistleblower reported hearing from a top Facebook communications official during the controversy following Russian interference in the 2016 presidential election. The whistleblower’s name is redacted in the affidavit.

As the company sought to quell the political controversy during a critical period in 2017, Facebook communications official Tucker Bounds allegedly said, according to the affidavit, “It will be a flash in the pan. Some legislators will get pissy. And then in a few weeks they will move onto something else. Meanwhile we are printing money in the basement, and we are fine.”

Bounds, now a vice president of communications, said in a statement to The Post, “Being asked about a purported one-on-one conversation four years ago with a faceless person, with no other sourcing than the empty accusation itself, is a first for me.”

Facebook spokeswoman Erin McPike said in a statement, “This is beneath the Washington Post, which during the last five years competed ferociously with the New York Times over the number of corroborating sources its reporters could find for single anecdotes in deeply reported, intricate stories. It sets a dangerous precedent to hang an entire story on a single source making a wide range of claims without any apparent corroboration.”

The quote from Bounds, according to the affidavit from the whistleblower, exemplified a widespread attitude within the company regarding problematic content on the platform, reportedly including illegal activity conducted in Facebook Groups. The whistleblower signed and dated the claims in the five-page affidavit on October 13, the week after Haugen testified on Capitol Hill.

The SEC affidavit goes on to allege that Facebook officials routinely undermined efforts to fight misinformation, hate speech and other problematic content out of fear of angering then-President Donald Trump and his political allies, or out of concern about potentially dampening the user growth key to Facebook’s multi-billion-dollar profits.

Friday’s filing is the latest in a series since 2017 spearheaded by former journalist Gretchen Peters and a group she leads, the Alliance to Counter Crime Online. Taken together, the filings argue that Facebook has failed to adequately address dangerous and criminal behaviour on its platforms, including Instagram, WhatsApp and Messenger.

The alleged failings include permitting terrorist content, drug sales, hate speech and misinformation to flourish, while also failing to adequately warn investors about the potential risks when such problems surface, as some of them have in news reports over the years.

“Zuckerberg and other Facebook executives repeatedly claimed high rates of success in restricting illicit and toxic content – to lawmakers, regulators and investors – when in fact they knew the firm could not remove this content and remain profitable,” Peters said in a statement.

Friday’s filing, which was accompanied by a second affidavit from Peters based on interviews she conducted with other former company employees, argues that top leadership at Facebook, including Chief Executive Mark Zuckerberg and Chief Operating Officer Sheryl Sandberg, are aware of the severity of problems within the company but have failed to report them in SEC filings available to investors.

Though Facebook has been remarkably successful since going public in 2012, becoming one of the most valuable companies in the world, the new filings argue that investors face serious downside risks they cannot understand – a potentially serious allegation for the SEC.

Section 230 of the Communications Decency Act, which some lawmakers are pushing to reform, gives broad immunity to internet companies for content that users post on their platforms. That is a barrier to some kinds of legal scrutiny but not necessarily to an investigation by the SEC, which has wide-ranging enforcement powers.

“Facebook has created a business model that accepted the myth that it cannot be held liable,” said Stephen M. Kohn, founding director of the National Whistleblower Centre and one of several attorneys who worked on Friday’s SEC filings.

When a person in the video conference questioned this policy, Kaplan, the vice president of global policy, responded by saying, “Do you want to start a fight with Steve Bannon?” according to the whistleblower in The Post interview.

Kaplan, who has been criticised by former Facebook employees in previous stories in The Post and other news organisations for allegedly seeking to protect conservative interests, said in a statement to The Post, “No matter how many times these same stories are repurposed and re-told, the facts remain the same. I have consistently pushed for fair treatment of all publishers, irrespective of ideological viewpoint, and advised that analytical and methodological rigor is especially important when it comes to algorithmic changes.”

The whistleblower also sharply criticised Facebook’s alleged failure to adequately police its online Groups. Organised around a theme, many are public and available for anyone to join, while others require invitations from existing members and, in some cases, cannot be found through ordinary searches. These so-called secret Groups, in particular, enable “terrifying and aberrant behaviours” and are poorly monitored, if at all, according to Friday’s affidavit.

The whistleblower affidavit and other documents filed with the SEC said such Groups have become havens for criminality, facilitating illegal trade in drugs and antiquities.

When the whistleblower raised concerns about this within the company, a Facebook official replied, “We need to focus on the good,” the affidavit says.