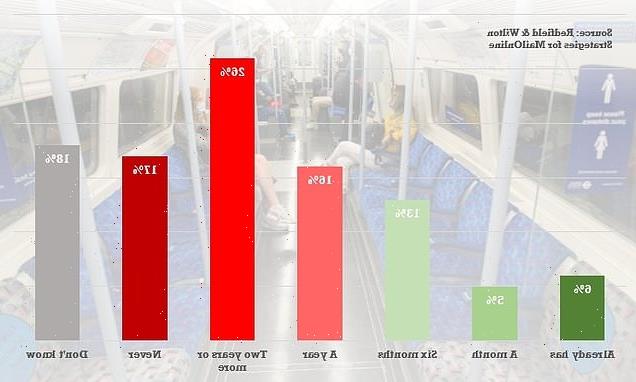 Britons fear their lives will not return to normal for two years or even longer after the emergence of Omicron threw the country into chaos again.

A poll for MailOnline found widespread gloom about the prospects for the pandemic easing anytime soon.

Some 16 per cent thought their existence would go back to its usual state in around a year, according to the research by Redfield & Wilton Strategies.

But 26 per cent thought it would take two years or more – and shockingly a fifth thought the would never return to normality.

In another sign of pessimism, the survey revealed that 56 per cent have already given up on the prospect of a foreign holiday in 2022.

Just 28 per cent are expecting to go on a break abroad over the year – and 16 per cent said they did not know. 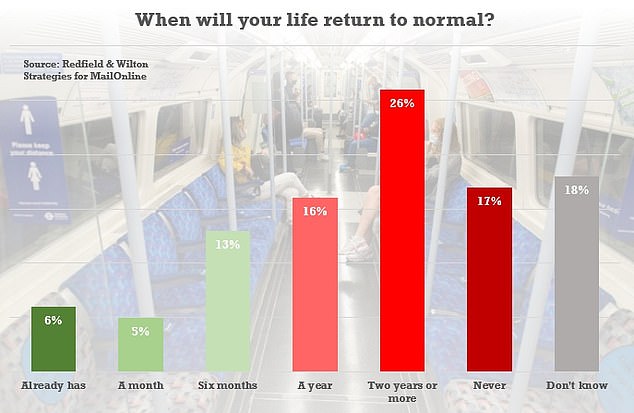 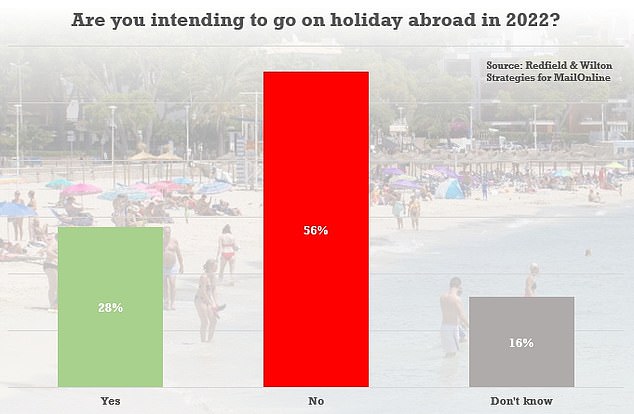 In another sign of pessimism, the survey revealed that 56 per cent have already given up on the prospect of a foreign holiday in 2022

The fast-spreading Omicron strain has cast a shadow over the festive season for millions of Britons for the second year running.

It has quickly taken over from the Delta variant, forcing Boris Johnson to reimpose some restrictions in England for the first time since so-called ‘Freedom Day’ back in June.

He is still facing intense pressure from some scientists to toughen curbs further amid warnings that the NHS could be overwhelmed by spiralling case numbers – even though Omicron appears to be milder.

The polling firm found just 6 per cent felt their lives were already back to usual.

A further 5 per cent thought normality would return in a month, and 13 per cent said within six months.

Hopes for foreign holidays have been dealt a massive blow as countries impose draconian restrictions on Brits visiting.

Many European countries are demanding PCRs as well as proof of having had a booster jab, as well as making people self-isolate on arrival.

:: Redfield & Wilton Strategies surveyed 1,500 adults in Great Britain online on December 21. The results were weighted to represent the population.