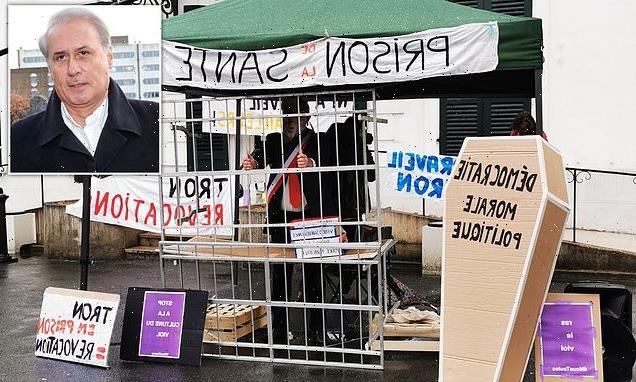 A Parisian mayor, George Tron, has been allowed to continue the running of his suburb from his prison cell after being convicted of raping a junior member of his staff.

The 63-year-old – who was conservative Secretary of State under conservative President Nicolas Sarkozy and is now the Mayor of Draveil, near Paris – was sentenced to five years in prison with two suspended in February.

Tron was found guilty of raping and sexually assaulting a colleague after coaxing her into sex with a third woman using foot massages at his town hall office.

He was found guilty by the Paris Appeal Court after originally being cleared of the charges in 2018. He has denied the charges and lodged an appeal with the French Supreme Court. 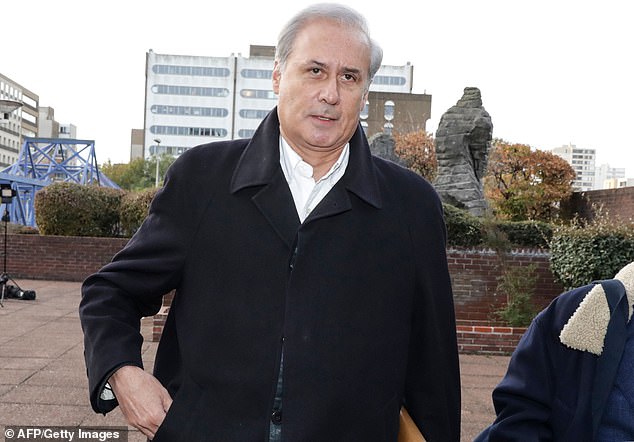 A Parisian mayor, George Tron, (pictured) has been allowed to continue the running of his suburb from his prison cell

Yet despite this Tron has refused to step down from his role as the Mayor of Draveil, a town of 30,000 people, and has continued to carry out mayoral duties from prison for the past two months.

According to a report from The Guardian this week’s municipal council meeting in Draveil heard a letter written by Tron in prison,  which contained his directions on the town’s budget.

In a letter Tron reportedly described his incarceration as an ‘impediment’.

Opposition leaders and feminist groups have stood against Trons’ involvement in running the town from prison.

Outside of the municipal council meeting protestors from Nous Toutes (We All) gathered with placards which pictured Tron behind bars. 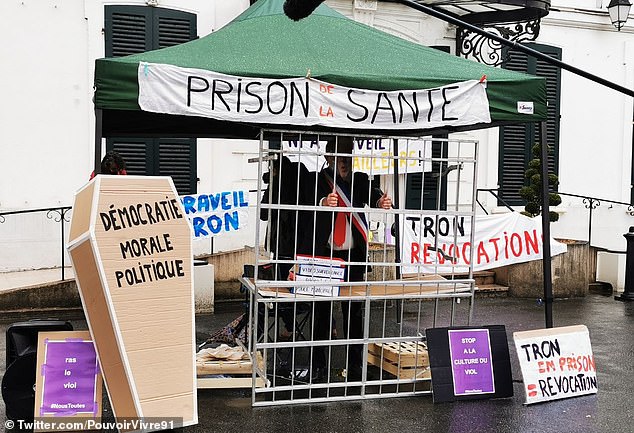 Outside of the municipal council meeting in Draveil, near Paris, protestors from Nous Toutes (We All) gathered creating a scene depicting Tron behind bars on April 21

A petition to remove Tron from the post, by feminist group Osez le Féminisme and the European Association Against Violence Against Women at Work, has gained more than 35,000 signatures.

The groups are calling on the Council of Ministers to revoke Tron’s position as mandated through the General Code of Territorial Communities, however government officials have yet to act.

Éric Dupond-Moretti, the French justice minister, said it would be ‘heresy’ if the government stepped in as there is an active appeal, The Guardian reports.

Tron had used work meetings in Draveil to prey on a female colleague who cannot be named for legal reasons. 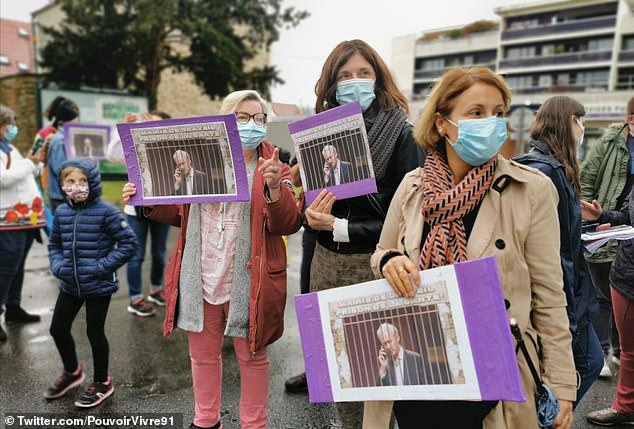 Tron’s co-accused, Brigitte Gruel, a former aide in Draveil, was also convicted of aiding and abetting gang rape and sexual assault and given a two-year suspended prison sentence.

Tron and Gruel were said to have offered foot massages to their victim, and then had sex with her.

Both Tron and Gruel were entered into a national register of sex offenders in France, and banned from holding a public office for six years.

Judges acquitted the defendants of the rape and sexual assault of a second complainant, who left the courtroom in tears. She cannot be named for legal reasons.

In February Tron released a press statement through Draveil council stating that he would be appealing to prove his innocence and would not step down, Insider reports.