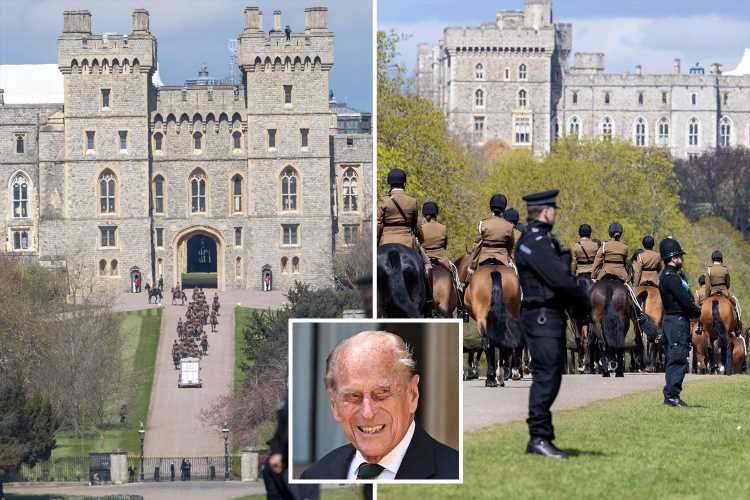 The Duke of Edinburgh's funeral on Saturday will be a scaled-back royal affair with just 30 mourners in attendance due to Covid rules. 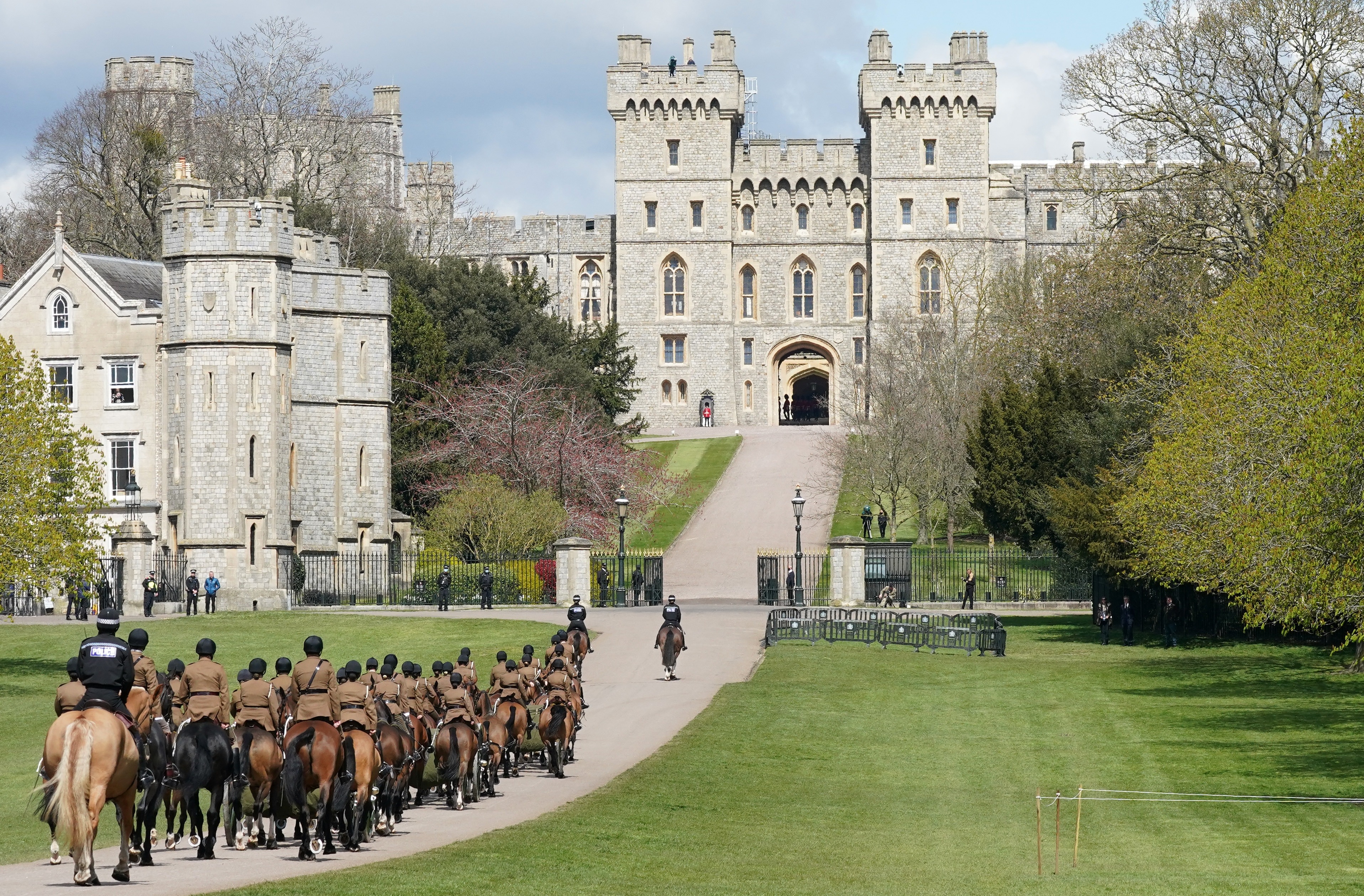 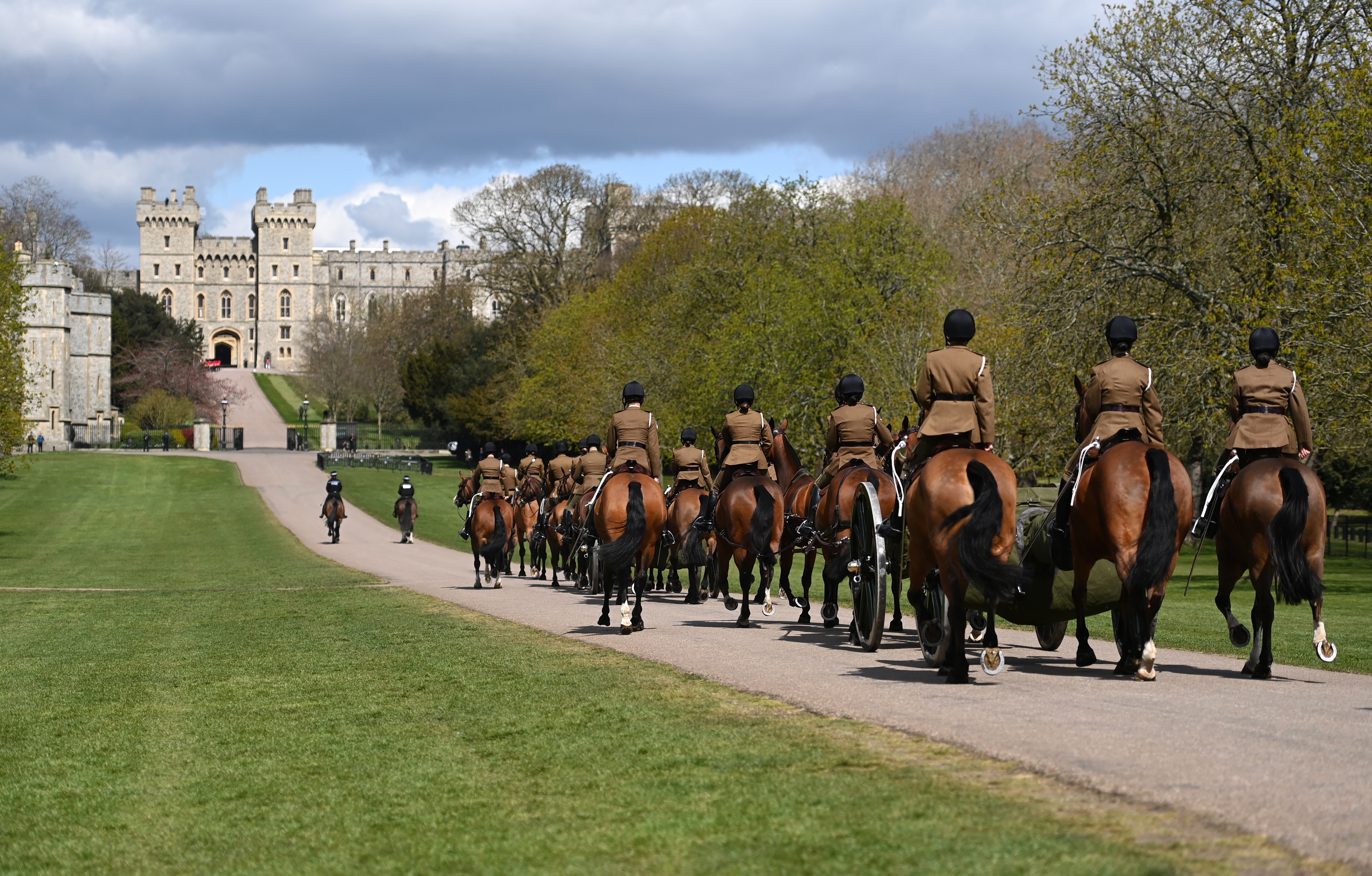 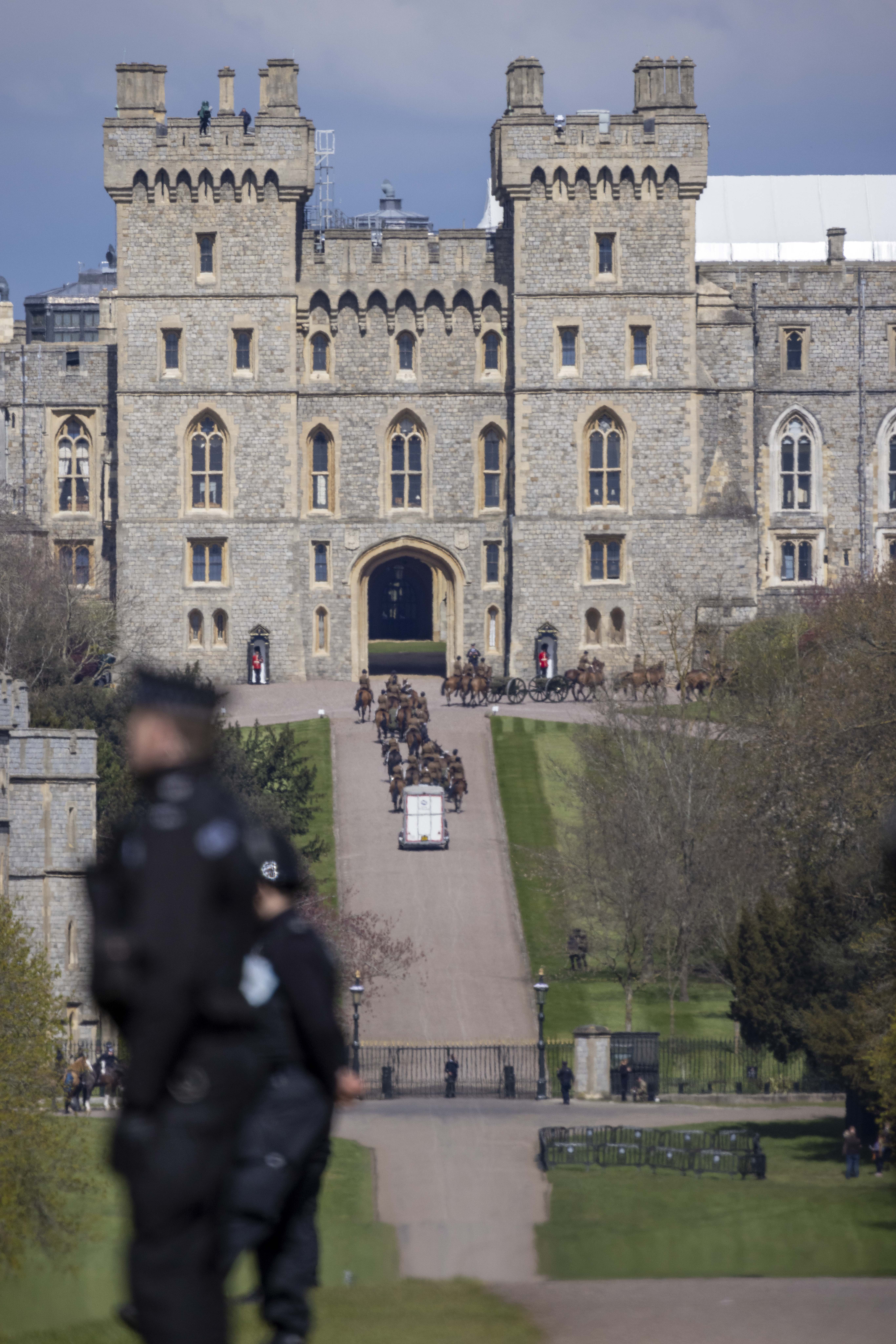 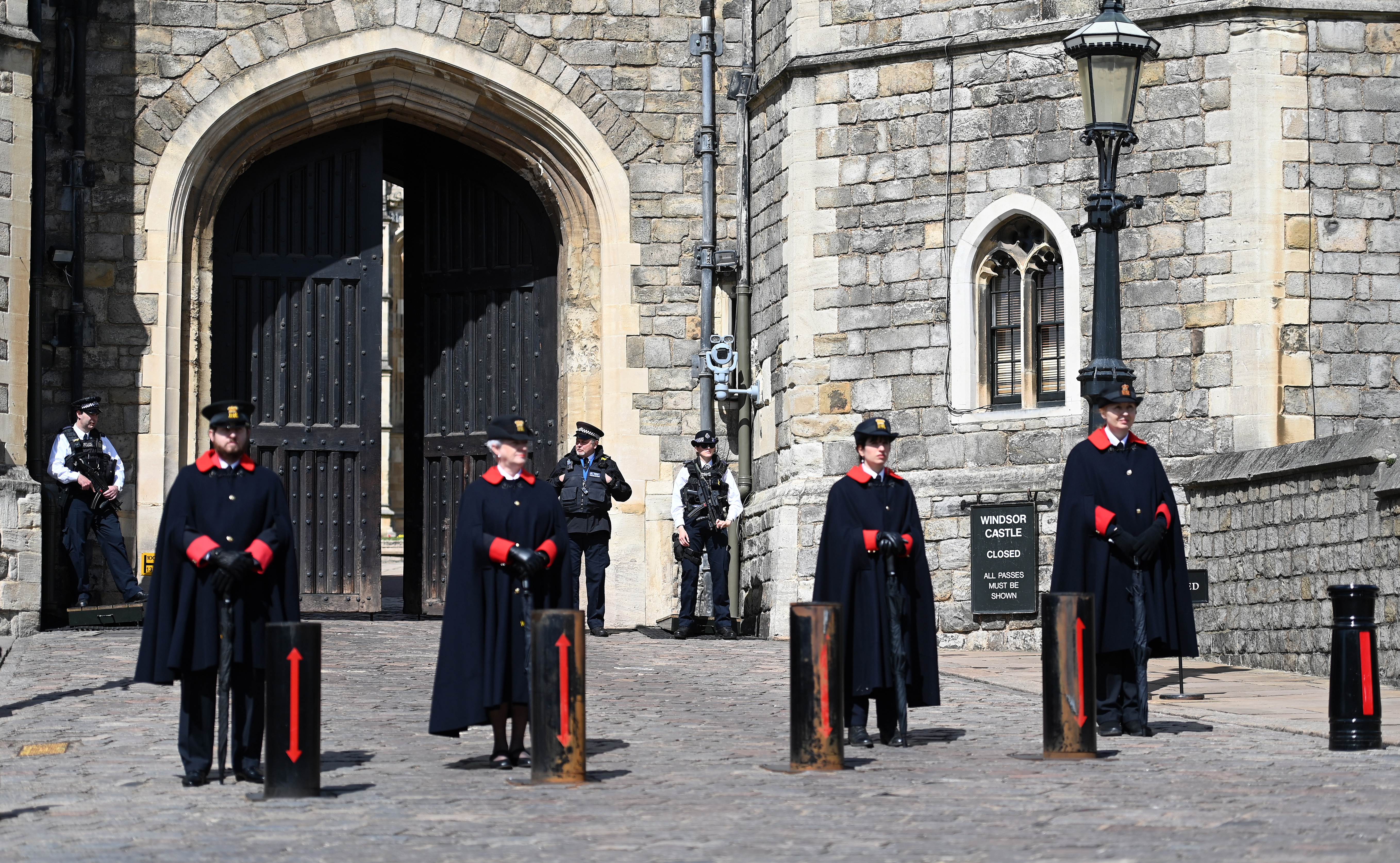 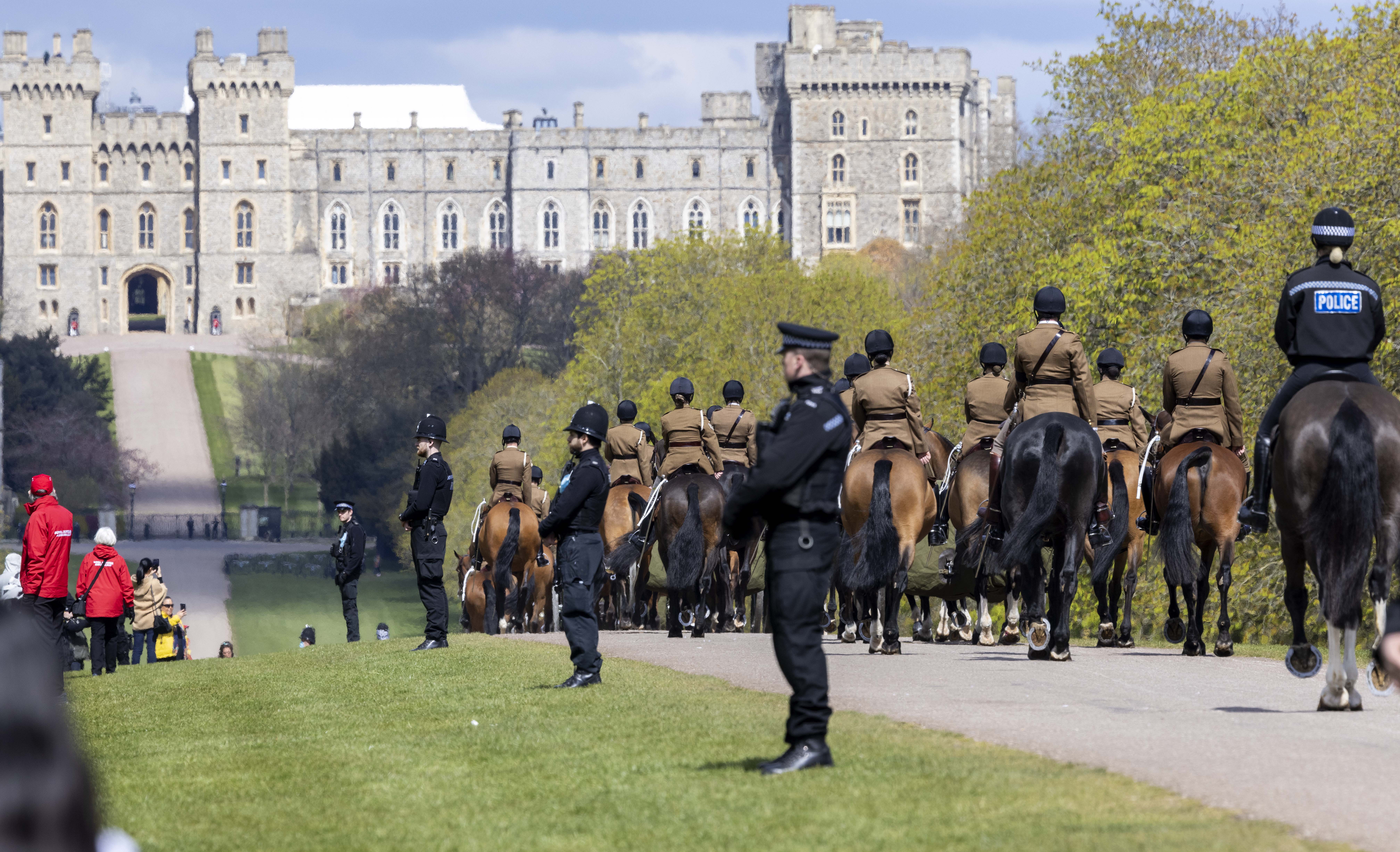 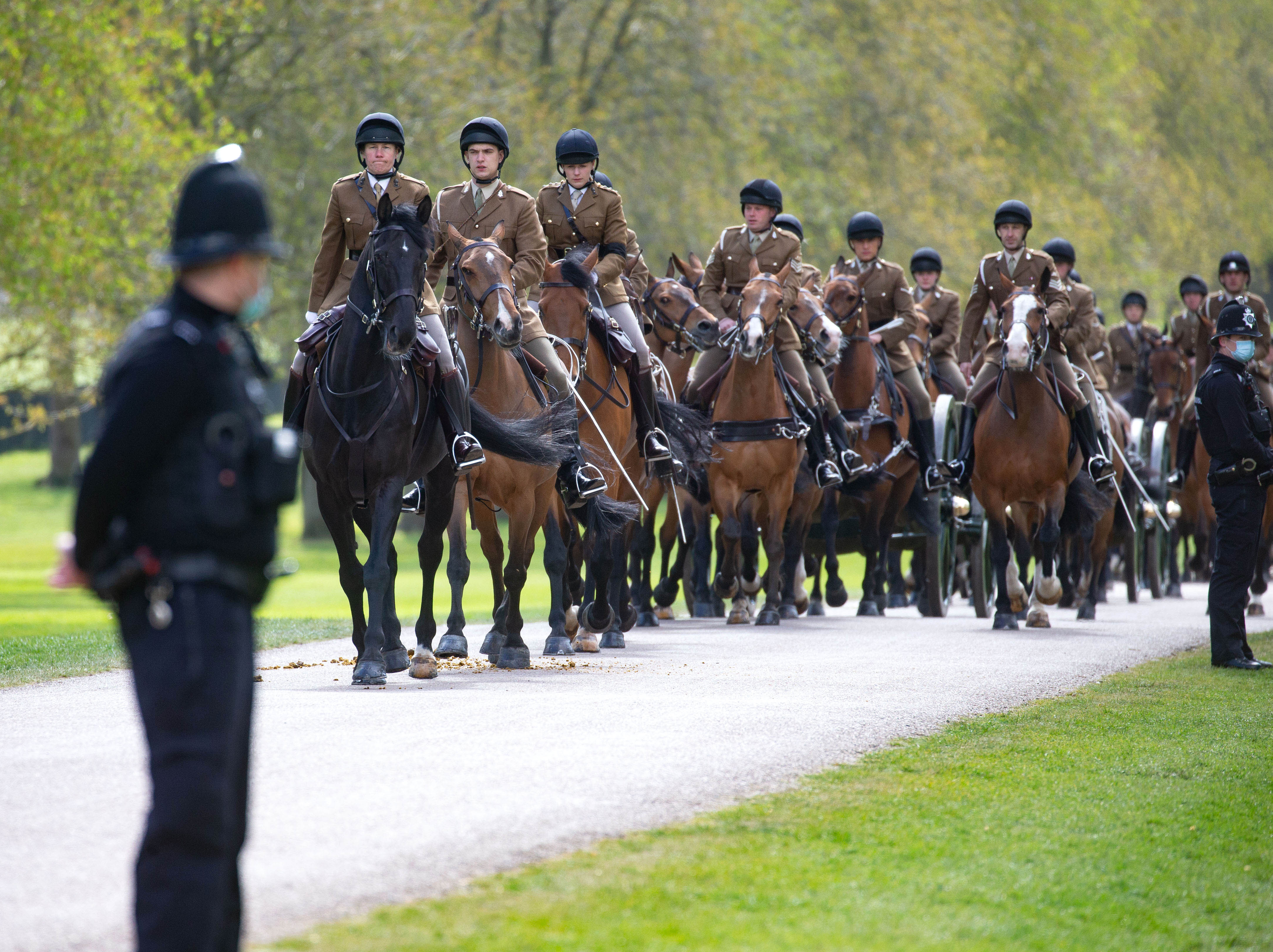 Military on horseback were seen approaching The Long Walk today as they prepared for Saturday's service.

Armed cops lined the walk – as members of the King's Troop royal horse artillery procession dressed in uniform and practised their entrance.

And Windsor has had ramped-up security in place, with extra armed cops and specialist searches carried out days before the funeral service.

Among the security measures in place for Saturday are extra armed police and uniformed officers on patrol in the historic town leading up to the event.

Gun cops were seen on the Long Walk yesterday as the public come to pay their respects to Philip after his death aged 99. 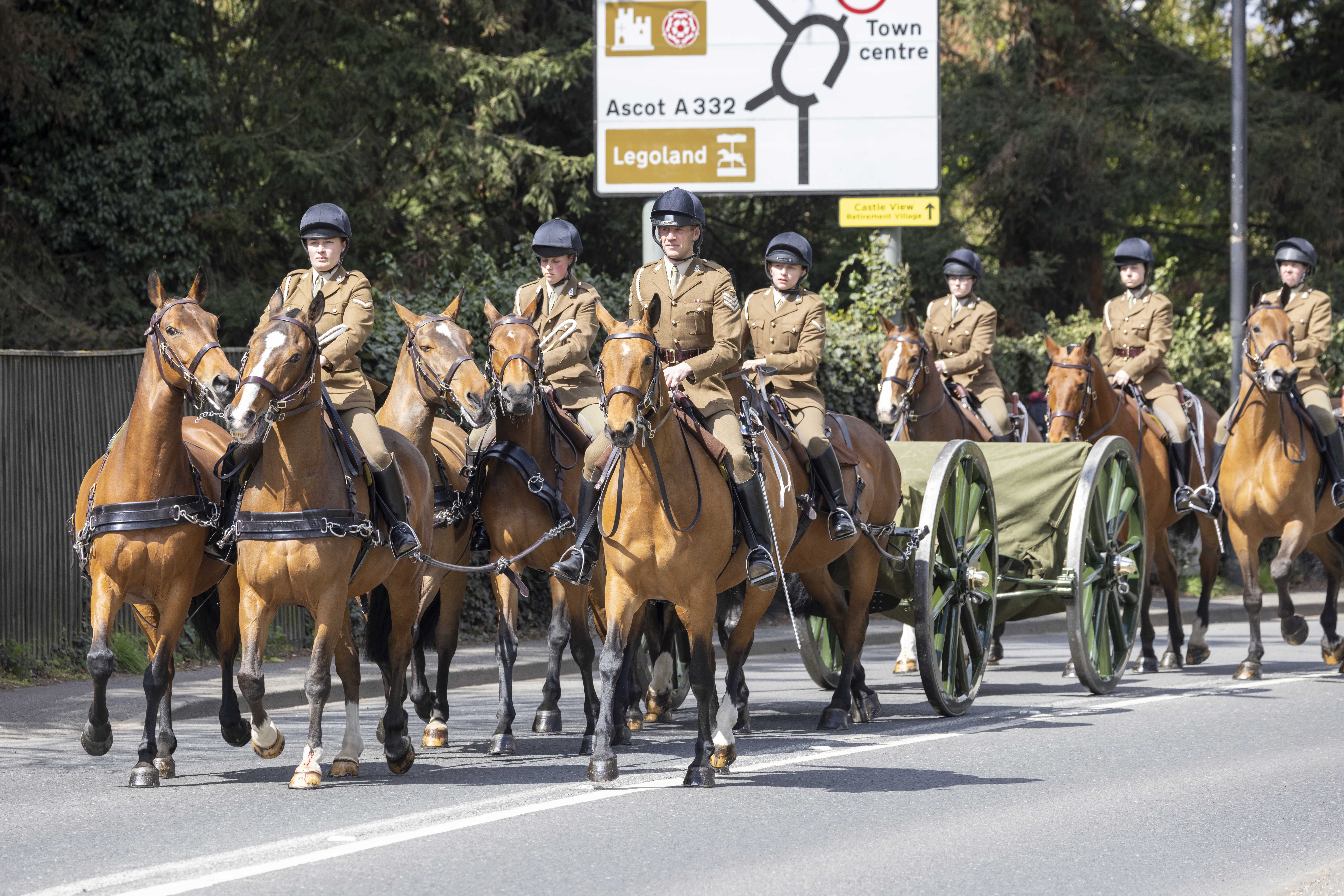 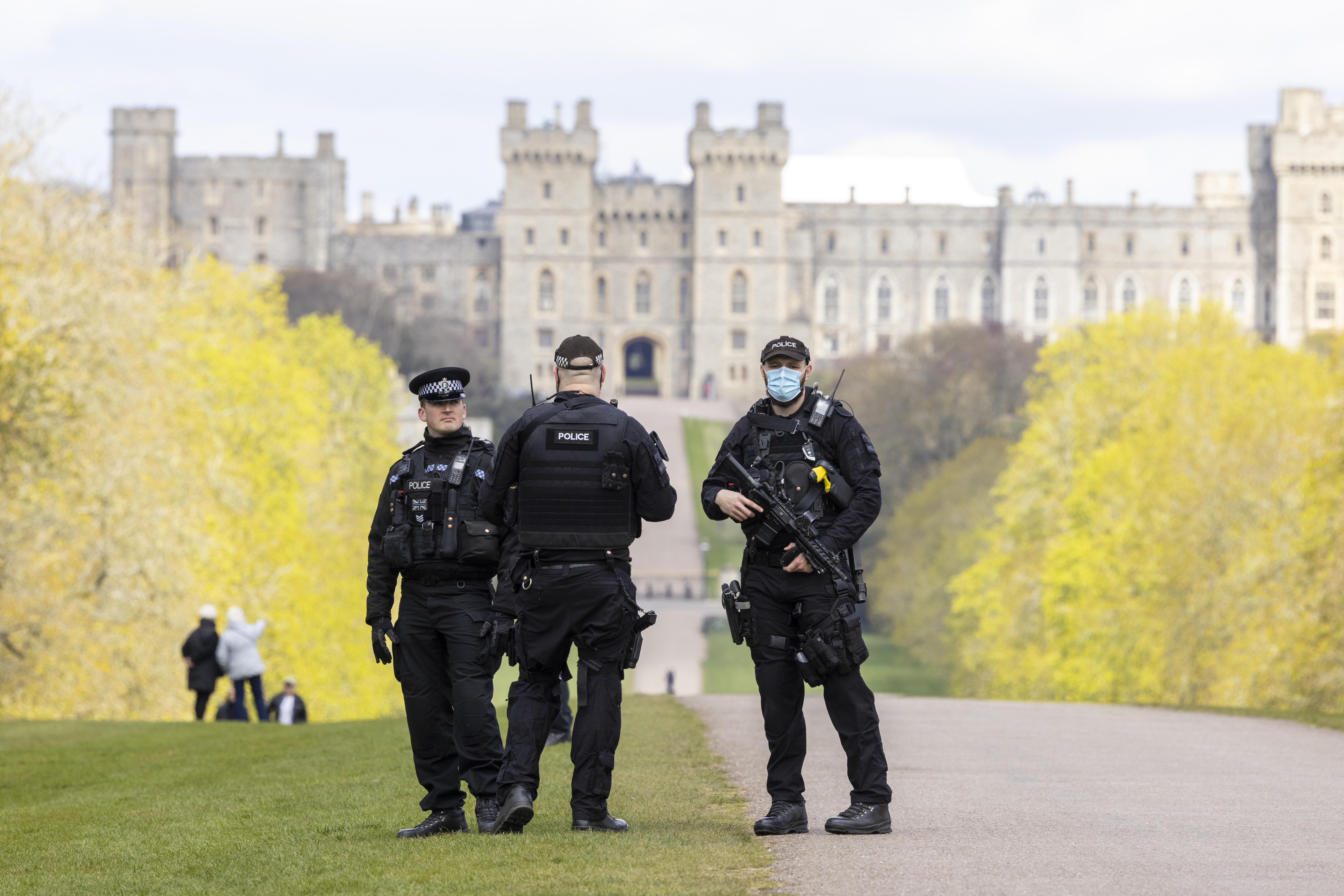 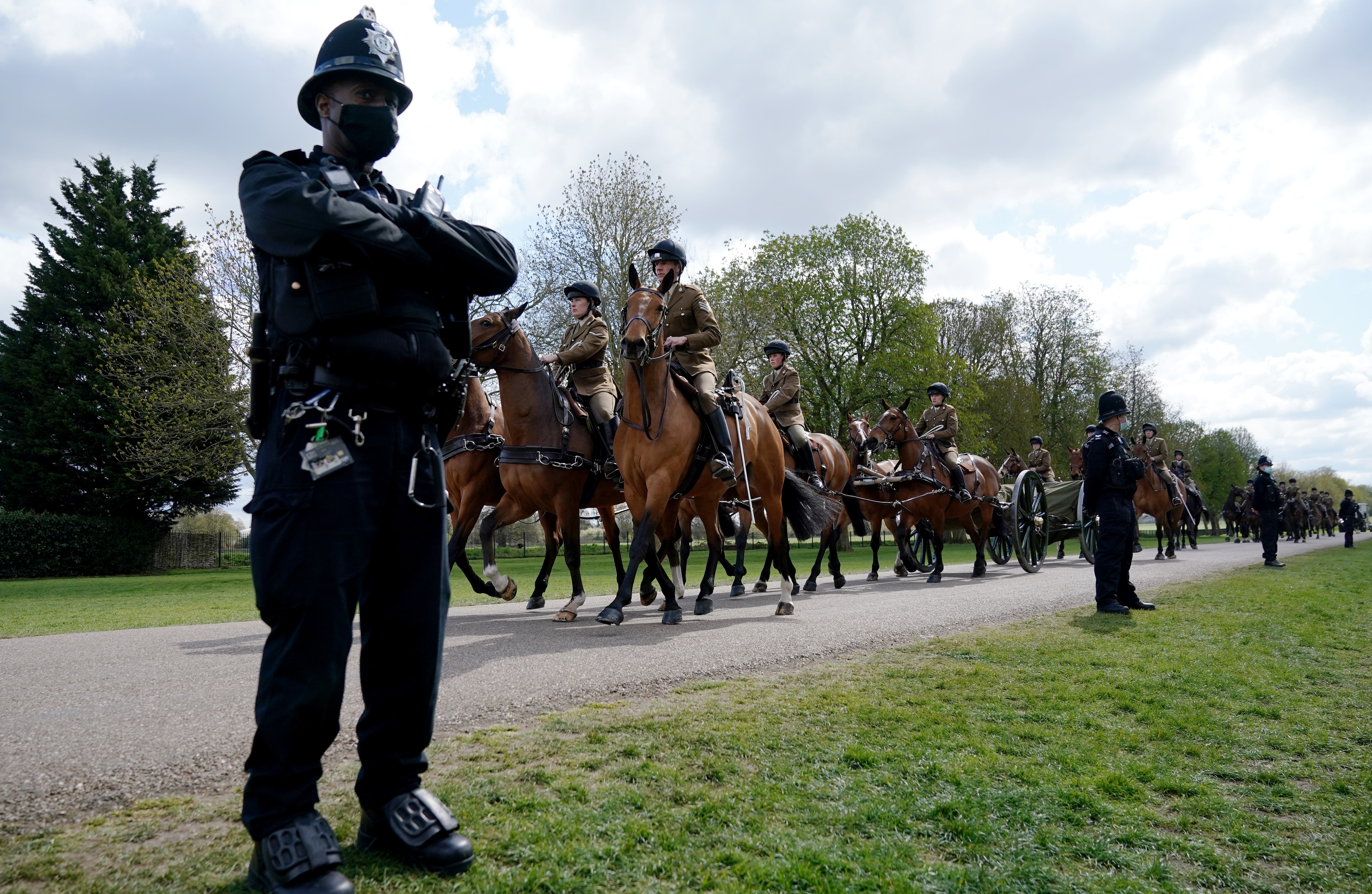 The force revealed they will be deploying covert security tactics on Saturday when the duke is honoured with a funeral at St George's Chapel.

But beefed-up policing is already visible on the streets with two days to go still.

Dog searches have been taking place across the town – including in phone boxes, drains and bins.

The public have been warned to stay away from the event, which is taking place behind the walls of Windsor Castle. 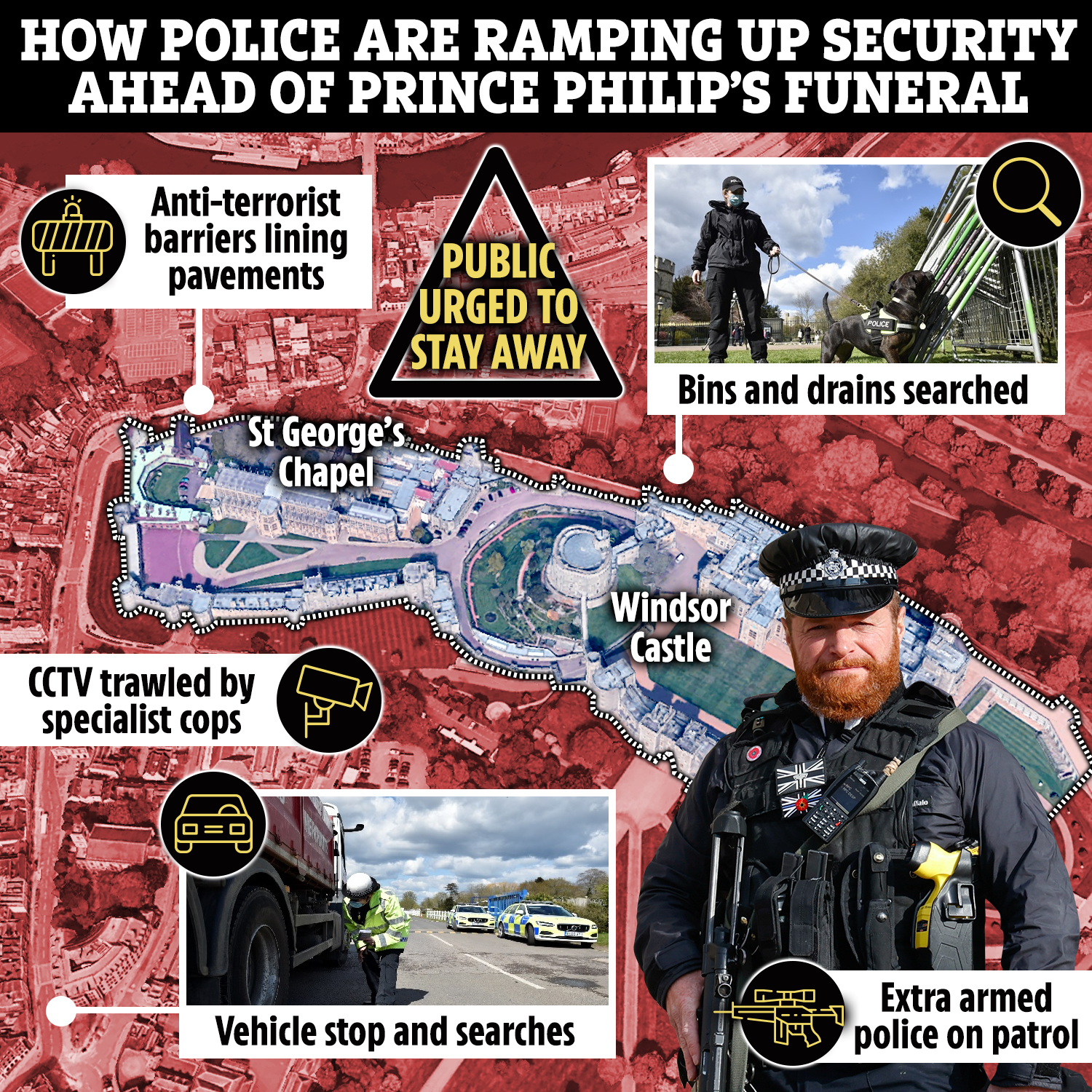 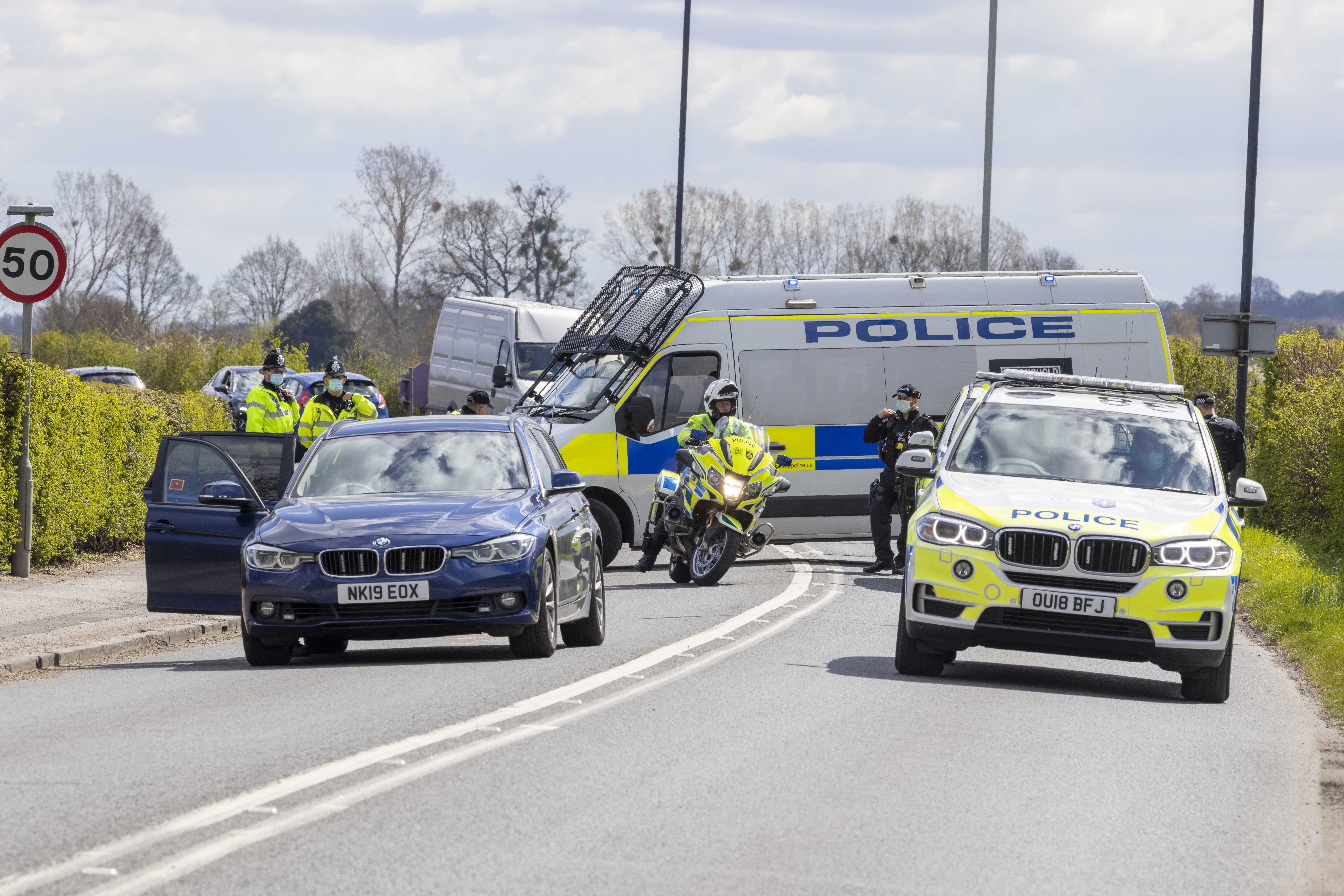 They have also been urged not to leave flowers for the duke and instead told to sign online book of condolence if they wish to pay their respects.

Buckingham Palace has reinforced the official advice and told well-wishers to watch the funeral on TV as there is no public access anyway.

Assistant Chief Constable Ben Snuggs, strategic commander for the funeral, said: "We understand that people will want to pay their respects to HRH the Duke of Edinburgh and to the Royal Family during this time of national mourning.

"However, we would ask that the public respect the Royal Household’s wishes and the Government advice by minimising travel and not gathering in groups.

"Instead, we would ask people to use the online book of condolence which has been set up by the Royal Household.

"There will continue to be a police presence in Windsor in the lead up to and on the day of the funeral as part of our measures to ensure public health and safety and protective security.

"Our thoughts remain with the Royal Family and all those affected at this very difficult time."