Coolio, known for massive 1990s hip-hop hits like “Fantastic Voyage,” “C U When U Get There,” “1,2,3,4 (Sumpin' New),” and the Dangerous Minds movie theme “Gangsta’s Paradise,” has died of a suspected cardiac arrest, according to TMZ. He was 59 years old. The West Coast rapper, who real name was Artis Leon Ivey Jr., is survived by his six children. 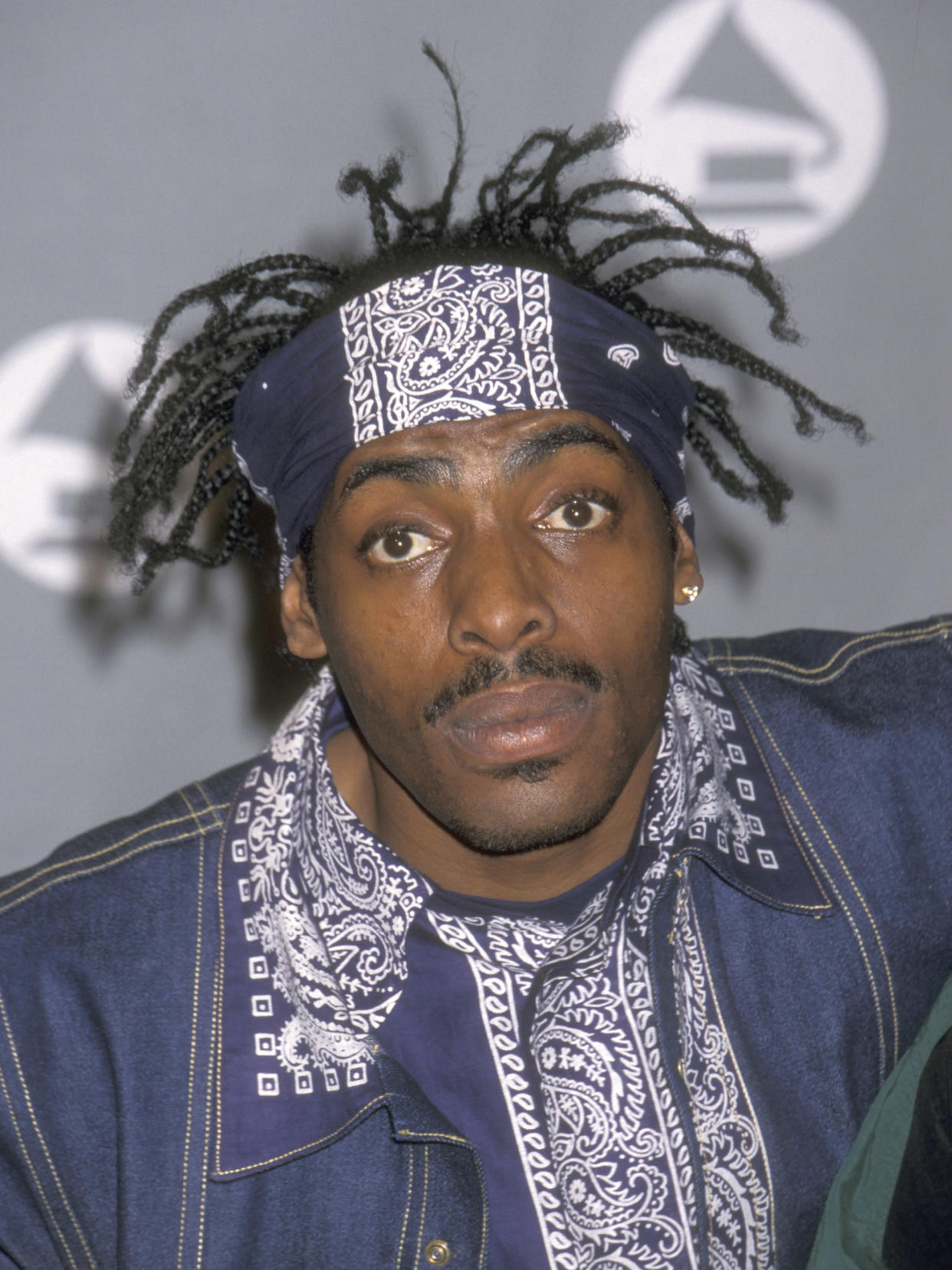 Coolio’s longtime manager, Jarez, told TMZ Wednesday afternoon that the rapper was visiting a friend’s home in Los Angeles Wednesday when was found lying unconscious on the bathroom floor. Paramedics that were called to the house were unable to revive Ivey, who was pronounced dead on the scene. An official cause of death has not been determined.

Artis Leon Ivey Jr. was born Aug. 1, 1963 in Monessen, Penn., but he later moved to the hip-hop hub of Compton, Calif., where made connections in the L.A. scene and, after debuting in 1987 with the single “Whatcha Gonna Do?,” joined the group WC and the Maad Circle. Coolio officially went solo in 1994, signing to Tommy Boy Records and released his platinum-selling debut album, It Takes a Thief. That record spawned the single “Fantastic Voyage,” which went to No. 3 on the Billboard Hot 100 and was one of the biggest rap hits of the year.

However, it was “Gangsta's Paradise” that made Coolio a superstar. The dark, dramatic, orchestral track became an instant hip-hop classic, and it was not only the top-selling single of 1995, but one of the top-selling singles of all time, with 6 million copies sold worldwide. It was nominated for Record of the Year at the 1996 Grammy Awards, won the Grammy for Best Rap Solo Performance, and was voted the best single of the year in the prestigious Village Voice Pazz & Jop critics’ poll.

The massive success of “Gangsta’s Paradise” led to Coolio teaming with several other superstars. At the 1995 Billboard Music Awards, he performed with Stevie Wonder, whose 1976 song "Pastime Paradise" was sampled on “Gangsta’s Paradise.” (Wonder only gave permission after Coolio removed the profanity from his recording.) In 2020, in a Yahoo Entertainment interview celebrating the 25th anniversary of the Dangerous Minds soundtrack, Coolio described the high of dueting with the legend as similar to being “on drugs,” and recalled the magic when Wonder and R&B crooner L.V., who sang the hook on “Gangsta’s Paradise,” began adlibbing — belting, “Ain't no racists living in paradise” towards the end of the epic, choir-backed number. “It was considered the very best hip-hop performance ever at the Billboard Awards at that particular time,” Coolio noted. Coolio also ended up performing an iconic, impromptu Gangsta’s Paradise” duet with Howard Stern, when he and L.V. appeared on Stern’s popular morning show.

Coolio late caused a stir in the mid-‘90s when he publicly objected to “Weird Al” Yankovic’s parody “Amish Paradise,” claiming the musical comic hadn’t asked for permission to spoof “Gangsta’s Paradise.” Yankovic later explained it was all a big miscommunication, clarifying that he had been granted the rights by Coolio’s record label, but Coolio claimed he’d been unaware of that deal. The two eventually patched things up and even co-presented at the 1996 MTV Video Music Awards, Coolio admitted to Yahoo Entertainment that the feud had been a bad look for him, quipping, “In hindsight, that was not one of my most cerebral moments. … It wasn’t Coolio of me to do that.”

Ivey never had another hit as big as “Gangsta’s Paradise,” but over the course of his career he released eight studio albums, three of which went gold or platinum, and scored six top 40 singles. He also contributed songs to 13 movie or television soundtracks, and made TV appearances on Celebrity Big Brother, the Food Network reality series Rachael vs. Guy: Celebrity Cook-Off, Sabrina the Teenage Witch, Wife Swap, The Nanny, ABC's GreatestHits, and the Adult Swim show Black Jesus.

But as Coolio told Yahoo Entertainment in 2020, he was perfectly OK with being best known for his hit movie theme. “‘Gangsta’s Paradise’ is not mine anymore,” he said. “It's everybody’s.”