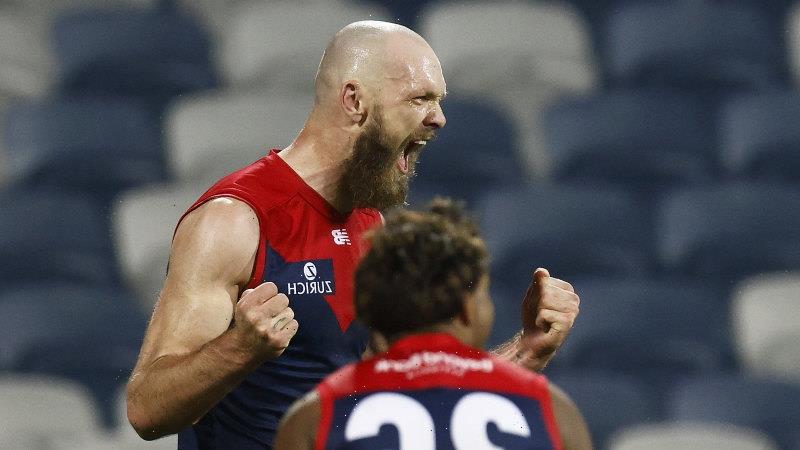 Several of my male friends who started barracking for the Melbourne Football Club when they were little tackers in the 1960s and haven’t had much joy since (at least, not from their football club) have developed a distinct spring in their step, a twinkle in their eye this season.

Lukewarm supporter that I am (I don’t love footy, but I love many people who do, and a Dees win makes them happy all week), even I have been getting on the Demons bandwagon. In my defence, it’s the first time in my memory that the team I am loosely affiliated with has played football that is captivating to watch.

After the fairytale of last weekend’s match against Geelong, even I was listening tearfully to post-match analysis and interviews. In particular, an interview with Steven May and Jake Lever (Maysie and Jakey – why do so many big tough Aussie Rules footballers have nicknames that sound like something from nursery school?) captured my imagination and set my theological antennae quivering. 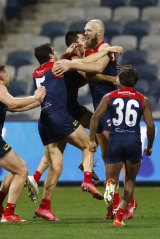 May was asked at the postmatch press conference what he had said to Max (Maxy) Gawn as he lined up to kick the winning goal after the siren. He responded: “I just said to him, ‘whatever happens, we still love you bro’.” Whereupon, Gawn kicked that baby straight through the goalposts.

It’s a perfect secular illustration of what I believe the God who is the source and heart of all love feels about each one of us. There are days when we kick mighty goals, and there are a lot of days when we miss. There are days when we barely make it to the playing field. Whichever it is, God will still love us. The God who Christians believe was most clearly revealed in the person of Jesus of Nazareth is a God of unstinting love, boundless mercy, forgiveness that is never exhausted.

As he lined up in front of the goalposts, Gawn appeared to be completely in the zone, as focused as any Olympic athlete waiting for the starter’s gun. He probably didn’t even register what his teammate was saying to him. But it is tempting to think that at some level, May’s words helped his skipper to send that ball precisely where it needed to go. Learning that we are unconditionally loved – win, lose or draw – is a lifetime journey. When that starts to sink in, it enables us to become more like the person we yearn to be.

Clare Boyd-Macrae is a Melbourne writer. She blogs at clareboyd-macrae.com