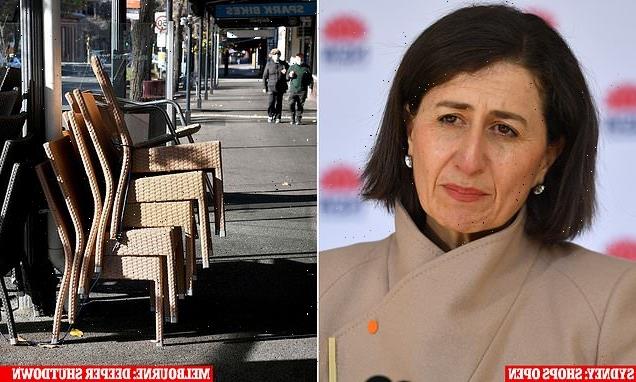 A tale of two cities: How Sydney has weathered Covid lockdowns FAR better than Melbourne

Sydney has financially weathered lockdowns a lot better than Melbourne did, Australia’s biggest bank has revealed.

Victoria went a lot harder with its late May lockdown, only allowing shops to open if customers went there to collect the goods but not try them on or inspect them.

Both states closed gyms and restricted restaurants to takeaway only. 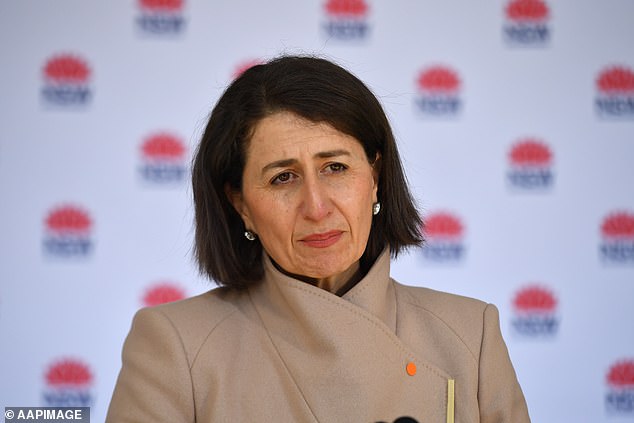 New Commonwealth Bank data has demonstrated a big difference between the two approaches.

By comparison, card spending in Victoria plunged by a much deeper 21 percentage points, during the first week of lockdown which started on May 28.

The snap, one-week lockdown in Melbourne stretched into two weeks, and there are fears Sydney’s two-week lockdown could be extended with 18 new cases recorded overnight.

Belinda Allen, a senior economist with the Commonwealth Bank, said the results showed a proportionate response to lockdowns could minimise the financial burden on businesses.

‘This is a pleasing result and it is somewhat surprising that we have not seen more of an impact on spending in NSW,’ she said.

‘What this data shows is that the type of lockdown matters for spending as does the community response.’

Ms Berejiklian was forced to defend NSW’s less draconian approach after a journalist on Sunday demanded to know why florists were still allowed to trade during lockdowns in Sydney, the Blue Mountains, Central Coast and Wollongong.

‘New South Wales, unlike other states, has never determined what is essential and what is not essential when it comes to businesses,’ she said.

‘We have exactly the same rules that we had in last time, so any suggestion that these rules are different to last time isn’t correct.’ 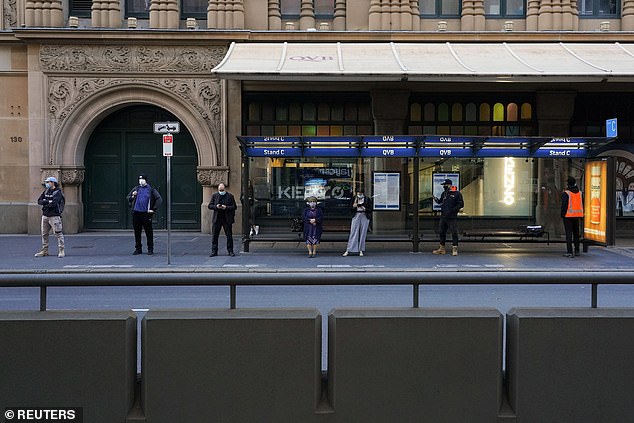 The Reserve Bank of Australia on Tuesday left interest rates on hold at a record low of 0.1 per cent but revealed it had since the start of the pandemic provided $188billion to the banks to provide ultra-cheap home and business loans. Pictured is Sydney’s Queen Victoria Building during lockdown

The Reserve Bank of Australia on Tuesday left interest rates on hold at a record low of 0.1 per cent but revealed it had, since the start of the pandemic, provided $188billion to the banks to provide ultra-cheap home and business loans.

The central bank’s Term Funding Facility stopped giving out funds in late June although the banks will continue offering mortgage rates under 2 per cent until 2024.

‘Near-term uncertainty is the effect of the recent virus outbreaks and the lockdowns,’ he said. 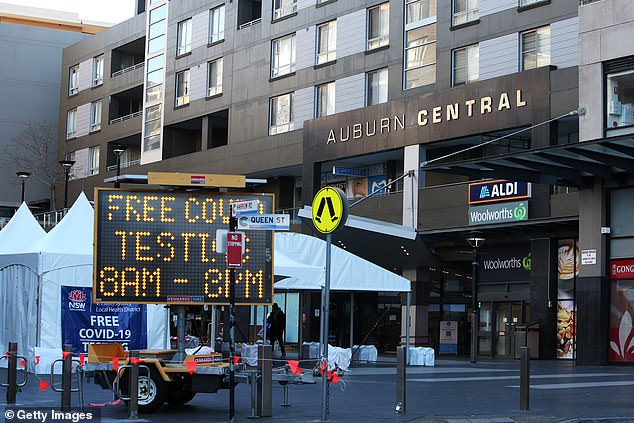 ‘But the experience to date has been that once outbreaks are contained and restrictions are eased, the economy bounces back quickly.’

EY chief economist Jo Masters said the RBA was likely to raise the cash rate before the promised data of 2024, with the banks already putting up their fixed rate loans.

‘If the economic recovery continues to surprise on the upside, the RBA will need to act on the cash rate earlier than the current guidance,’ she said.

Still, Sydney’s lockdowns are hitting consumer confidence with an ANZ-Roy Morgan measure, during the week to July 4, showing an 8.9 per cent plunge.

Melbourne’s equivalent consumer sentiment reading fell 2.7 per cent even though restrictions in Victoria were being eased, with no locally-transmitted cases.