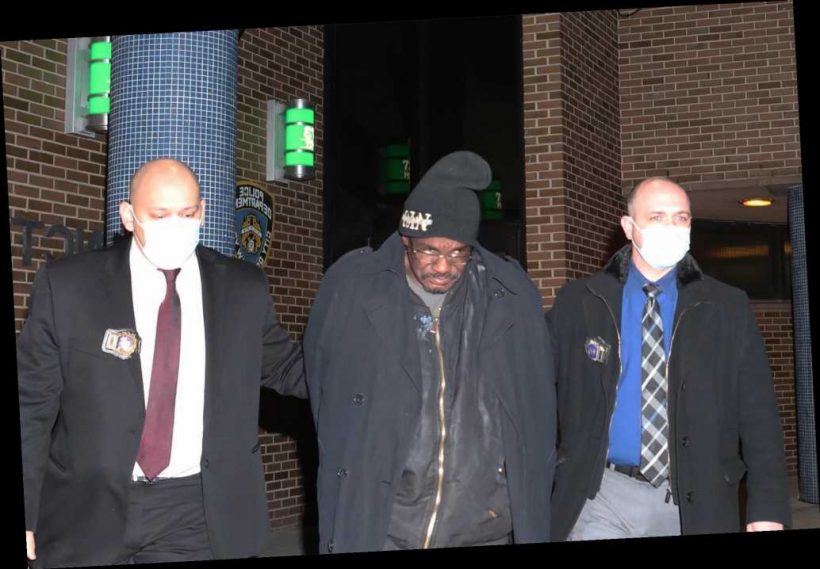 Beauty and the beast: Meet the pageant queen obsessed with Ted Bundy

But the DNA was recovered from an inconclusive location on Jacolia James’ body, one source noted Friday, after Gavin was ordered held without bail by a Brooklyn judge.

Back in 2019, investigators believed Gavin’s DNA could have been transferred to 83-year-old James just by his having previously been in her apartment, helping her with chores, one source noted without elaborating.

Only after the third old woman was found murdered in the same NYCHA housing complex last week — and Gavin, 66, allegedly tried to use her debit card at local bodegas, according to one source — was he arrested.

It’s unclear if Gavin, who sources said had long, low-level drug and burglary history, was ever questioned in 2019.

But once in custody Thursday, Gavin confessed to murdering all three women inside their apartments in Brownsville’s Woodson Houses, where he lived on the sixth floor and was known as a handyman who helped tenants out for cash, officials said.

“The men and women on this case were relentless and are undisputedly the best of the best at what they do,” Chief of Detectives Rodney Harrison tweeted Friday night.

But neighbors in the building wondered on Friday why Gavin’s arrest took so long.

‘It seemed like they should have caught that person right then and there,” after the James’ murder in 2019, said Gwendolyn Smith, 76, who lived down the hall from James.

“They came and took fingerprints and there was no feedback,” she said. “He would have been caught a long time ago if they did their job.”

All three murders involved disputes with the women over money, officials have alleged; Gavin told investigators that they had owed him for doing work for them.

Gavin could be seen on screen vigorously nodding his head “yes” as Assistant District Attorney Wilfredo Cotto told Judge Claudia Lanzetta, “There is, I believe, confessions in regard to all three incidents.”

In the early afternoon of Nov. 9, Gavin allegedly shoved McKinney, 82, into a table inside her eleventh floor apartment and fatally stabbed her in the neck with a steak knife, prosecutors charge.

Gavin has admitted that he “pushed Myrtle McKinney into a table where a steak knife was located and it punctured her,” his criminal complaint says.

McKinney’s body was later discovered by a home health aide, officials said. But only after the funeral director found the small stab wound to the back of McKinney’s neck was her death ruled a homicide.

Gavin tried to commit suicide twice after McKinney died, each time slitting his wrist, a source told The Post. But the case generated very few investigative leads, officials have said.

Four years later, the second victim, James, was found by her grandson, lying face down in her apartment. She died a particularly brutal death by Gavin’s own admission, prosecutors said.

On Jan. 15, the body of the third victim, Juanita Caballero, 78, was found by her son. She was lying on the floor with a telephone cord wrapped around her neck, officials said.

The families of James and Caballero have sued the city and NYCHA, citing a lack of security.

“It brings a little bit of justice in my heart,” Peter Caballero, 49, who discovered his mother’s body, told The Post of Gavin’s arrest.

“We were her whole life,” he said of himself and his two brothers. “And once our kids were born she started all over again. She has eight grandkids.”