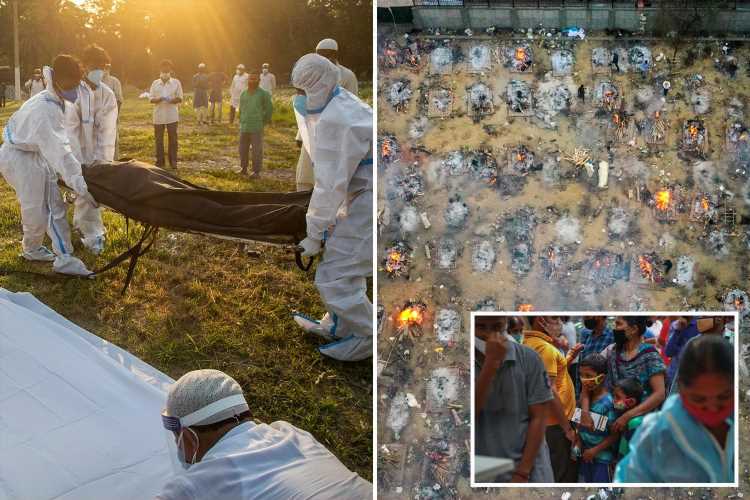 INDIA'S apocalyptic second wave of coronavirus continues to ravage the country, seeing hospitals reach the brink of collapse and families torn apart as they are told there is simply not enough beds.

Swarms of desperate Covid patients crowd the entrances of overwhelmed government-run hospitals begging for help, while overworked medics battle to keep up with the relentless demand.

Hospital staff are scrambling to secure life-saving drugs and oxygen cylinders, as more and more critically ill patients continue to succumb to the dreadful disease, revealed by The Sun's chilling despatch on India's Covid front line.

Patients are "dying on the pavement" outside health facilities as the Covid timebomb detonates – with docs fearing infections could soon soar to 500,000 per day, as they hit a record peak for a fifth day on Monday.

Private hospitals have also been pushed to breaking point amid the devastating double mutant rise which is consuming citizens of all age groups.

But it has become an all too familiar sight for Indians – as shocking figures revealed one person dies every four minutes in the country's capital, New Dehli.

Hospitals are being forced to turn away patients while supplies of oxygen run dangerously low – with one woman taking her last breaths on the pavement in front of her husband after being refused admission from 13 hospitals.

Like hundreds of others – the critically ill Sunita, 31, died on the streets of New Delhi after over a dozen clinics could not admit her due to the lack of beds and ventilators.

The mother-of-two died moments after an oxygen cylinder had been arranged for her in a health facility.

It has become a tragic routine during the unrelenting second wave of coronavirus wreaking havoc across the different states of India, which are all swamped with coronavirus-afflicted fatalities.

Bodies are being burned 24 hours a day to keep up with the mounting deaths.

Corpses are being cremated through the night – contrary to Hindu custom which dictates no bodies be burned after sundown – to cope with the backlog.

The hold-up is so severe that families are having to wait hours in 35C heat before they can cremate their loved ones.

In another similar traumatic case to Sunita's, 15 hospitals across Delhi-NCR rejected Jyoti Chauhan, 35, who later died outside Delhi’s Gangaram Hospital. 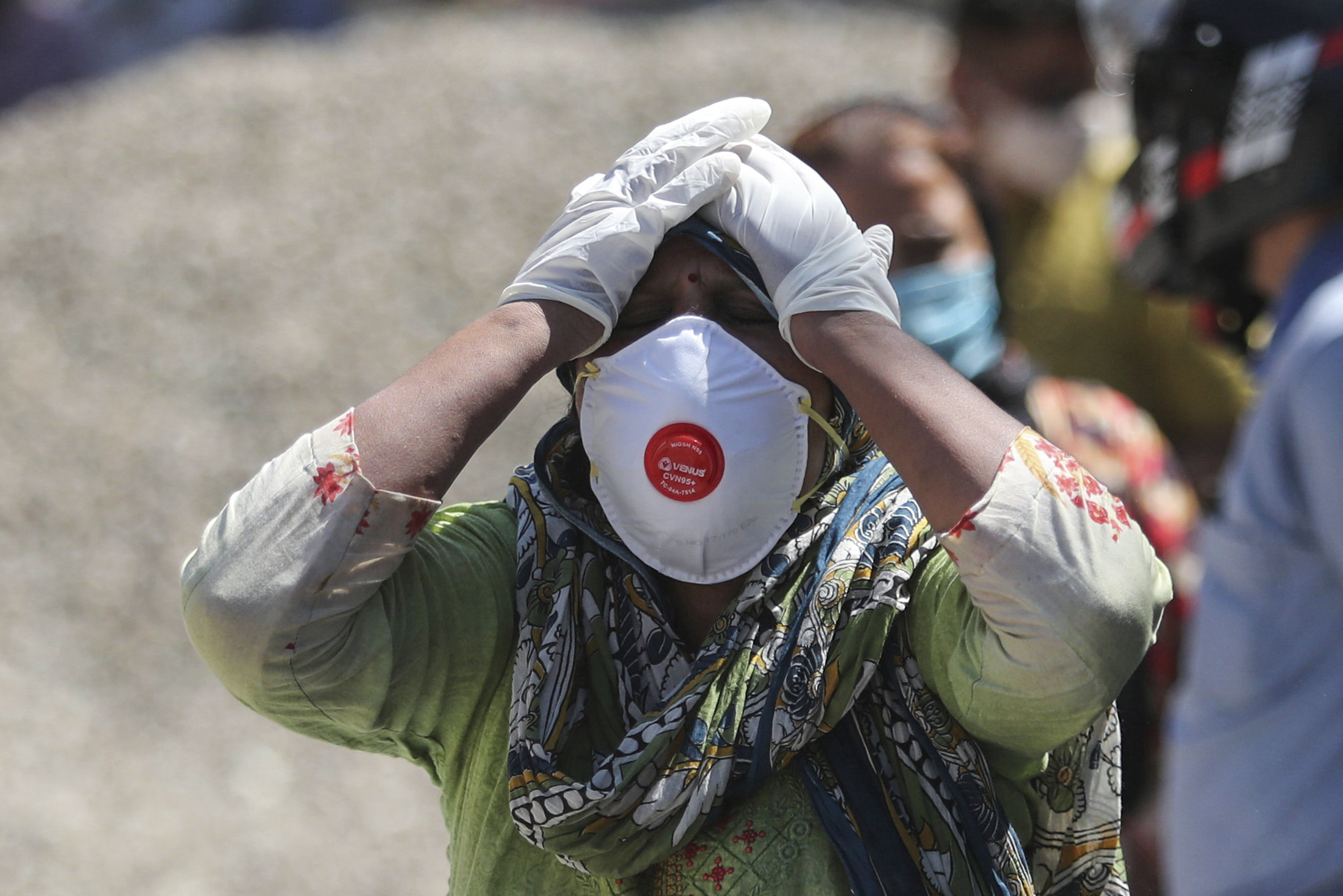 "We went to at least 13 hospitals across Delhi — and I begged before them to admit my patient.

"But of no avail, as we were told the hospitals are out of beds and she is gone too soon. Who’s going to take care of my children?” Ramesh, the crestfallen husband of Jyoti told The Sun.

Patients who are severely sick gasp for breath on packed wards, while others linger between life and death in corridors – clinging on for hours in the hopes of getting a hospital bed.

In sheer desperation, people have turned to Twitter to beg for oxygen as supplies dwindle amid the high demand.

In response, people are bypassing the conventional lines of communication and turning to social media to crowdsource help for oxygen cylinders – or some have been forced to turn to the black market.

One woman, Anshu Priya, has resorted to paying extortionate prices from money-hungry members of the seedy underbelly that dominates cities, flogging a last lifeline for more than ten times the usual price.

Simultaneously, warrior doctors and nurses are doing their best to cater to the overwhelming number of sufferers in the plague-hit country.

An international intervention is underway to provide aid to India, as the country's government remains under fire for its handling of the crisis.

Experts in the country believed such a dire situation was created by holding political rallies besides the Kumbh Mela, the mega Hindu festival which ended up being a super spreader event.

Britain's Prime Minister Boris Johnson vowed to "stand side by side" with India after sending over a batch of key medical equipment – including 495 oxygen concentrators, 120 non-invasive ventilators, and 20 manual ventilators – this week.

The US has opted to lift a ban on distributing raw materials abroad, to allow India to make more of the AstraZeneca vaccine.

The Western relief comes at the tipping point of hospital shortages – after a high court in New Dehli warned it would use the death penalty after brazen local officials intercepted and diverted oxygen tanks to desperate hospitals in their areas.

The cylinders are like gold dust amid the surging Covid cases – with trucks carrying them going missing and being looted – as Indians fight for their last option.