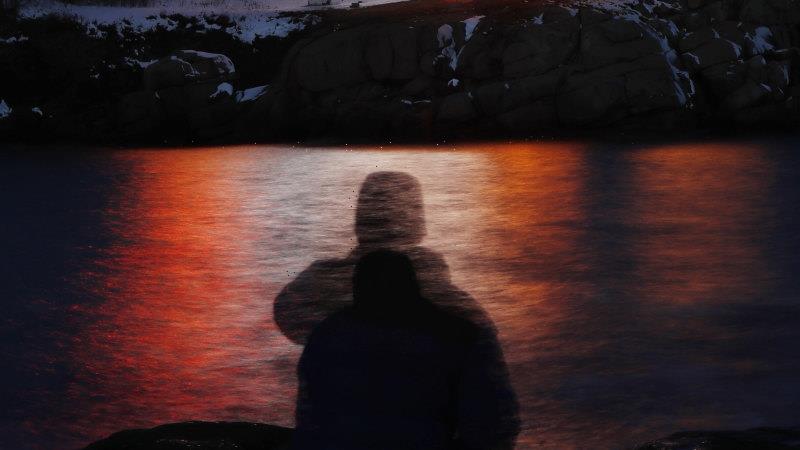 In a nod to the United States’ pressing mental health crisis, an influential group of medical experts for the first time is recommending that adults under age 65 get screened for anxiety.

The draft recommendations, from the US Preventive Services Task Force, are designed to help primary care clinicians identify early signs of anxiety during routine care, using questionnaires and other screening tools.

Anxiety disorders are often unrecognised and underdetected in primary care: One study cited by the task force found the median time for initiating treatment for anxiety is a staggering 23 years. 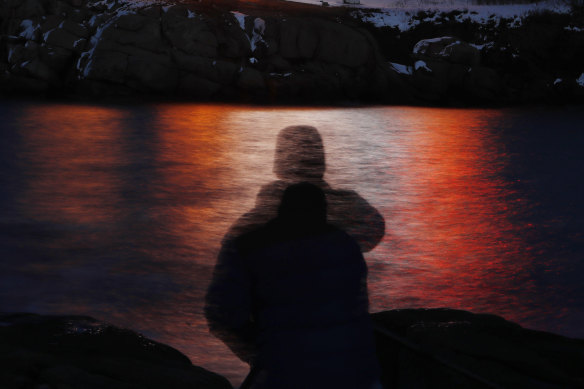 US doctors should regularly screen all adults under 65 for anxiety, an influential health guidelines group has proposed.Credit:AP

While the task force’s initial deliberations on anxiety screening predated the coronavirus pandemic, the new guidance comes at a critical time, said task force member Lori Pbert, a clinical psychologist and professor at the University of Massachusetts Chan Medical School in Worcester, Mass.

“COVID has taken a tremendous toll on the mental health of Americans,” Pbert said. “This is a topic prioritised for its public health importance, but clearly there’s an increased focus on mental health in this country over the past few years.”

In April, the task force made similar recommendations to begin anxiety screening in children and teens, ages 8 to 18. The proposal announced on Tuesday focuses on young and middle-aged adults, including those who are pregnant or postpartum, citing research showing that screening and treatment can improve anxiety symptoms in those younger than 65.

But the guidance, somewhat surprisingly, stops short of recommending anxiety screening for people 65 and older.

One reason: many common symptoms of ageing, such as trouble sleeping, pain and fatigue, can also be symptoms of anxiety. The task force said there wasn’t enough evidence to determine the accuracy of screening tools in older adults, which may not be sensitive enough to distinguish between anxiety symptoms and conditions of ageing.

The task force advised clinicians to use their judgment in discussing anxiety with older patients. The task force also reiterated an earlier recommendation that adults of all ages undergo routine screening for depression.

The task force, an independent panel of experts appointed by the Agency for Healthcare Research and Quality, wields enormous influence, and while its advice isn’t mandatory, the panel’s recommendations often change the way doctors practice medicine in the United States. 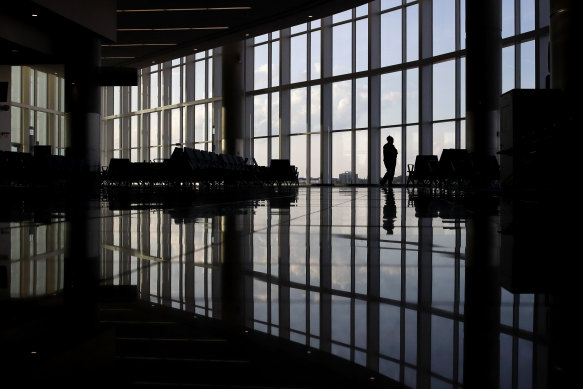 Feelings of anxiety have increased since the pandemic: a woman looks through a window at a near-empty terminal at an airport in Atlanta. Credit:AP

Some doctors questioned how the recommendations would play out in the real world, where mental health providers say they already can’t meet patient demand, and patients complain of waiting months for an appointment with a therapist.

“Screening is great, but with a dire shortage in the workforce, it’s perplexing unless there are plans for increased funding of clinicians,” said Eugene Beresin, a psychiatrist at Massachusetts General Hospital and executive director of the Clay Centre for Young Healthy Minds.

Global prevalence of anxiety and depression increased by 25 per cent during the first year of the pandemic, the World Health Organisation reported earlier this year. By the end of 2021, the WHO said, “the situation had somewhat improved but today too many people remain unable to get the care and support they need for both pre-existing and newly developed mental health conditions.”

Anxiety, with its telltale dread and gut-wrenching, heart-pounding, palm-sweating physical signs, can manifest in a number of distinct diagnoses, including generalised anxiety disorder, social anxiety disorder, panic disorder and others.

Together, these make up the most common mental illnesses in the United States, afflicting 40 million adults each year, according to the Anxiety and Depression Association of America. Treatment can include psychotherapy, notably cognitive behavioral therapy; antidepressant or anti-anxiety medications; as well as various relaxation, mindfulness and desensitisation therapies, physicians said.

The panel also considered the benefits of screening patients for suicide risk but concluded that even though suicide is a leading cause of death among adults, there is “not enough evidence on whether screening people without signs or symptoms will ultimately help prevent suicide”.

Still, the panel urged providers to use their own clinical judgment to determine whether individual patients should be screened for suicide risk.

For primary care physicians, already in the throes of a “crisis” of burnout, pandemic-driven stress and their own mental health challenges, adding yet another screening test to a long list of clinical tasks may feel burdensome.

“If primary care providers are asked to screen for one more thing, we are going to break without more resources,” said a nurse practitioner in Northern California, who asked not to be named because she didn’t have permission from her clinic to speak about the issue.

Ticking off current requirements, like verifying up-to-date screenings for cervical, colon and breast cancer, as well as food insecurity, domestic violence, alcohol and tobacco use, she said everything must be packed into a 15-minute appointment, while also treating patients with complex, chronic conditions.

“It just feels wrong if people are positive for depression or anxiety, and we don’t have the mental health support to help them,” said the practitioner.

But Mahmooda Qureshi, an internal medicine physician at Massachusetts General Hospital, said that additional support for patients suffering from depression or anxiety will help.

“After 2020, it’s the rare patient who is not anxious,” said Qureshi, who noted that she now routinely asks patients, “How’s your stress?”

“We have found that when it comes to mental health, if we don’t ask, often we don’t know.”

The panel also cited “racism and structural policies” that disproportionately affect people of colour. The panel noted that black patients are less likely to receive mental health services compared to other groups, and that misdiagnosis of mental health conditions occurs more often in black and Hispanic patients.

Pbert said the latest guidance is just one step in addressing the urgent mental health needs of patients. “Our hope is that this set of recommendations can bring awareness of the need to create greater access to mental health care throughout the country,” she said, as well as highlight “gaps in the evidence so funders can support critically needed research in these areas.”

The proposed recommendations are open for public comment through October 17, after which the task force will consider them for final approval.