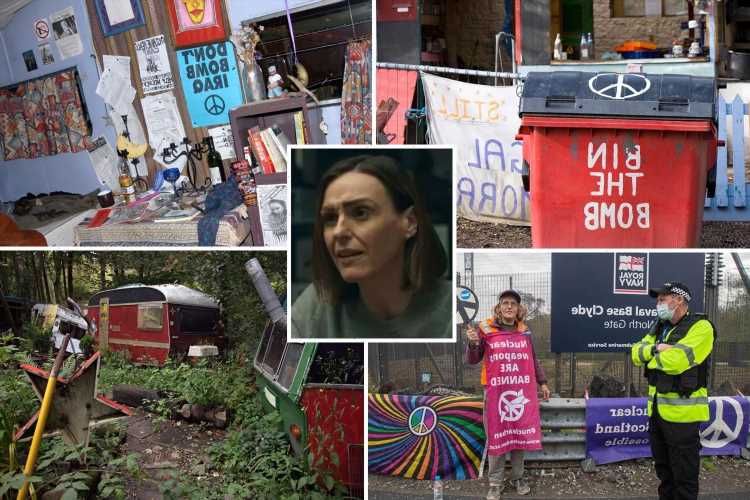 BBC drama Vigil has had viewers glued to their screens.

The series, which pulled in 5.4 million viewers with its second episode, stars Suranne Jones as a detective sent on to a Trident submarine after the death of a sailor. 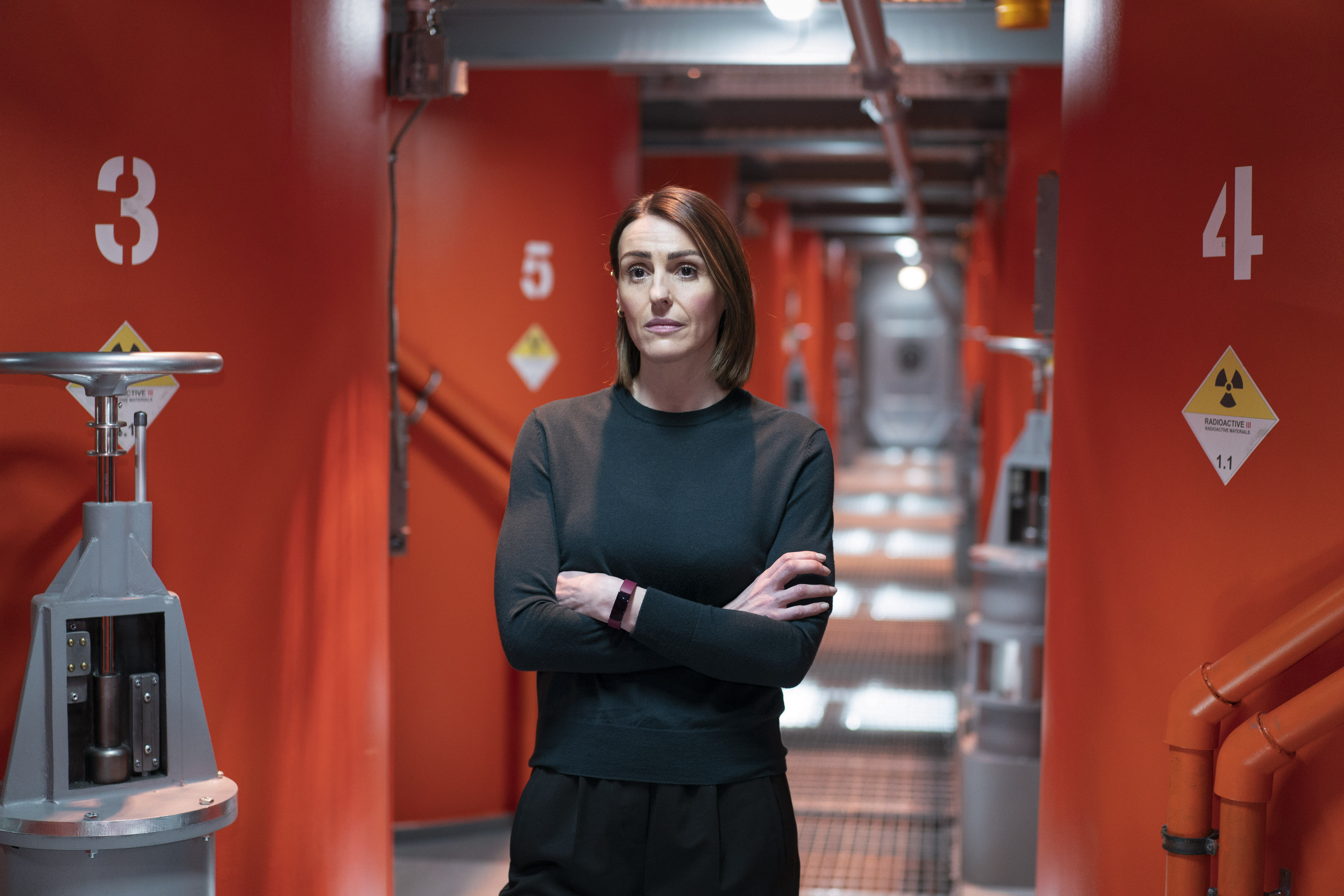 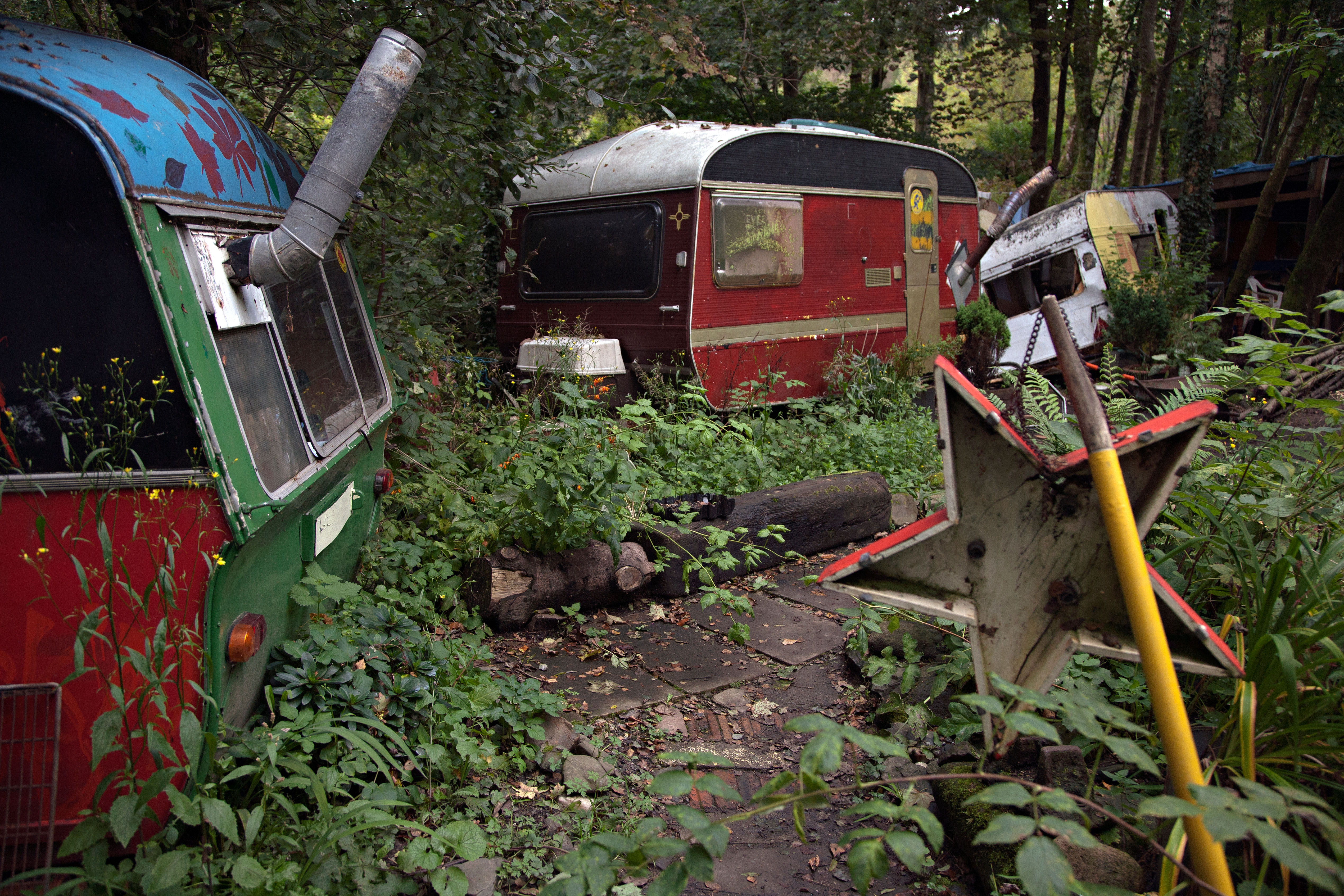 While Suranne’s character DCI Amy Silva has been trying to uncover who murdered Craig Burke underwater, her colleague and lover DS Kirsten Longacre, played by Rose Leslie, has been visiting the fictional Dunloch camp to probe possible links to a cover-up.

And it turns out that Dunloch was based on the world’s longest-running anti-nuclear peace camp in Scotland, Faslane, set up in 1982.

The camp only has three members left now – but used to have thousands of occupiers.

Faslane was set up in 1982 by anti-nuclear campaigners Margaret and Bobby Harrison, in response to the decision by former Prime Minister Margaret Thatcher to replace the ageing Polaris submarines with Trident – which were even bigger.

It began as just a couple of tents pitched outside the Faslane naval base, then slowly evolved into more permanent shacks, huts and caravans.

Margaret and Bobby eventually left after a few months – but thousands of other activists have held the fort over the years.

In its four decades, the camp has lived on through the end of the Cold War and changes in government on either side of the Scottish border.

It has been the focus of a great number of protests at the naval base.

First Minister of Scotland Nicola Sturgeon, and her deputy John Swinney are just two of the politicians who’ve joined protests at Faslane.

In 2001’s “Big Blockade”, left-wing rebels Tommy Sheridan and George Galloway were among 300 arrested, along with 15 church ministers.

In 1983, an Easter march by 1,500 Campaign for Nuclear Disarmament supporters, all singing and dancing, led to five arrests, including two women dressed as Easter bunnies.

But the last major event at the camp was Faslane 365 – which was originally meant to be a year-long protest running from 2006 to 2007.

The protest, which was in response to Labour PM Tony Blair ’s decision to replace Trident with more modern nuclear weapons rather than get rid of it, saw police arrest 1,110 people over 190 days.

On 7 January 2007, a group of around 40 world-renowned academics including Sir Richard Jolly and 25 students from Oxford, Cambridge, Sussex and Edinburgh held a seminar discussing the replacement of the Trident missiles at the base.

Protesters subsequently managed to stage the most successful blockade of the campaign, closing the North Gate for six hours.

All those who blockaded were arrested and held overnight.

The vast majority of arrested protesters were released, receiving a letter from the Procurator Fiscal's office explaining that although "evidence is sufficient to justify my bringing you before the Court on this criminal charge", the Procurator Fiscal has "decided not to take such proceedings".

Since then, the more urgent climate emergency has been a focus for the peace camp, and, by 2017, the camp only had 10 residents.

It now has just three – however just one woman is still permanently living there, Willemein Hoogdendoorn.

She is on remand awaiting trial after refusing bail conditions following her arrest last month at a blockade on the anniversary of the Hiroshima bomb.

One banner at the camp reads: “£200billion Trident Renewal. Let’s fund our NHS instead”.

A bus is colourfully graffitied with the words “Ban the bomb”.

'We don't want to be misrepresented'

Camp dwellers turned away Vigil producers hoping to film on location at the camp, claiming the plot is “unrealistic”.

Johnny Rodgers, 36, from Bingley, West Yorks, told the Mirror: “The BBC came and offered £500 to film on site.

“When we saw the script we said, ‘No, that’s not realistic. We don’t want to be misrepresented’.”

Another protester, Andy – who has lived there on and off for 15 years – claimed Vigil is unrealistic due to the fact that sailor Craig Burke was secretly dating peace camp protester Jade Antoniak.

He added:  “We were told one of the women from the camp falls in love with a submariner. That just isn’t ­realistic.

"Sailors aren’t even allowed to come here any more as far as I’m aware, or they’d get into trouble.

“They stay at the base and we stay here, there’s no fraternisation at all.”

Michael McGuinness, 35, from nearby Helensburgh, agreed.

He said no sailors have visited in more than a decade.

He recalled: “Back in 2006 you’d have all the drunk sailors in. They’d sit and have a laugh with you.”

The remaining Faslane residents may not be onboard with Vigil, but there’s no denying the BBC drama has put it firmly back on the map.

Vigil is on BBC1 at 9pm, Sunday 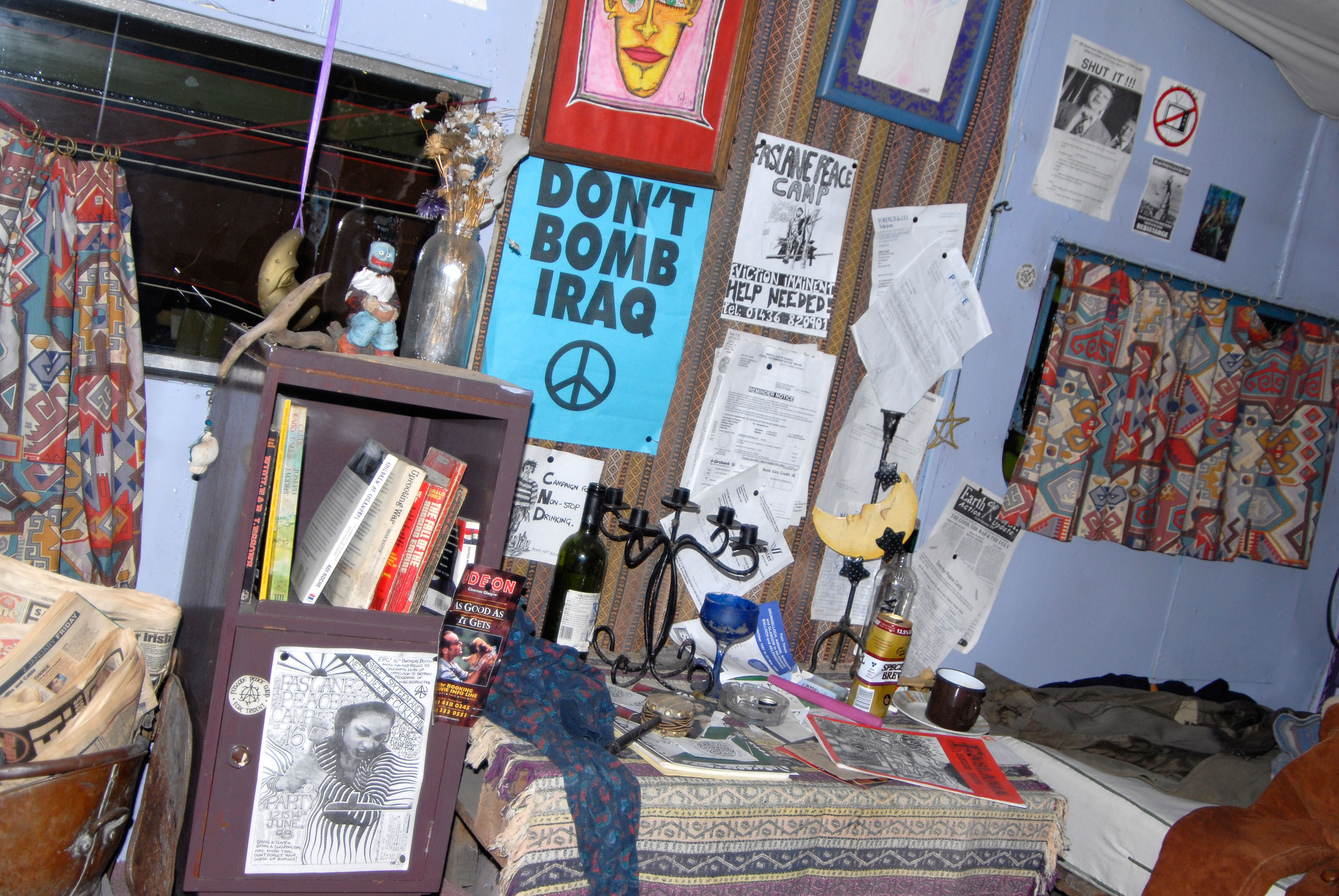 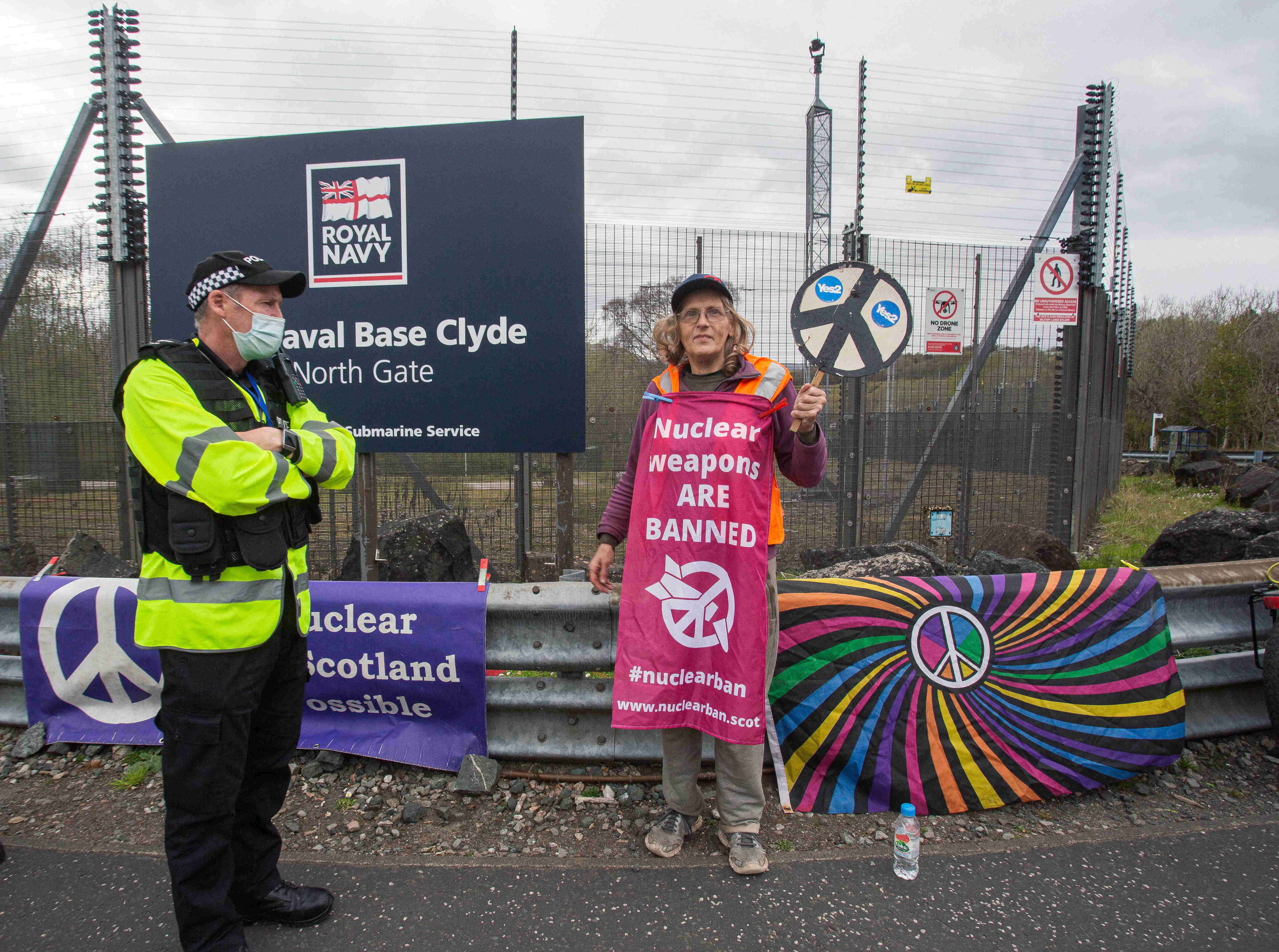 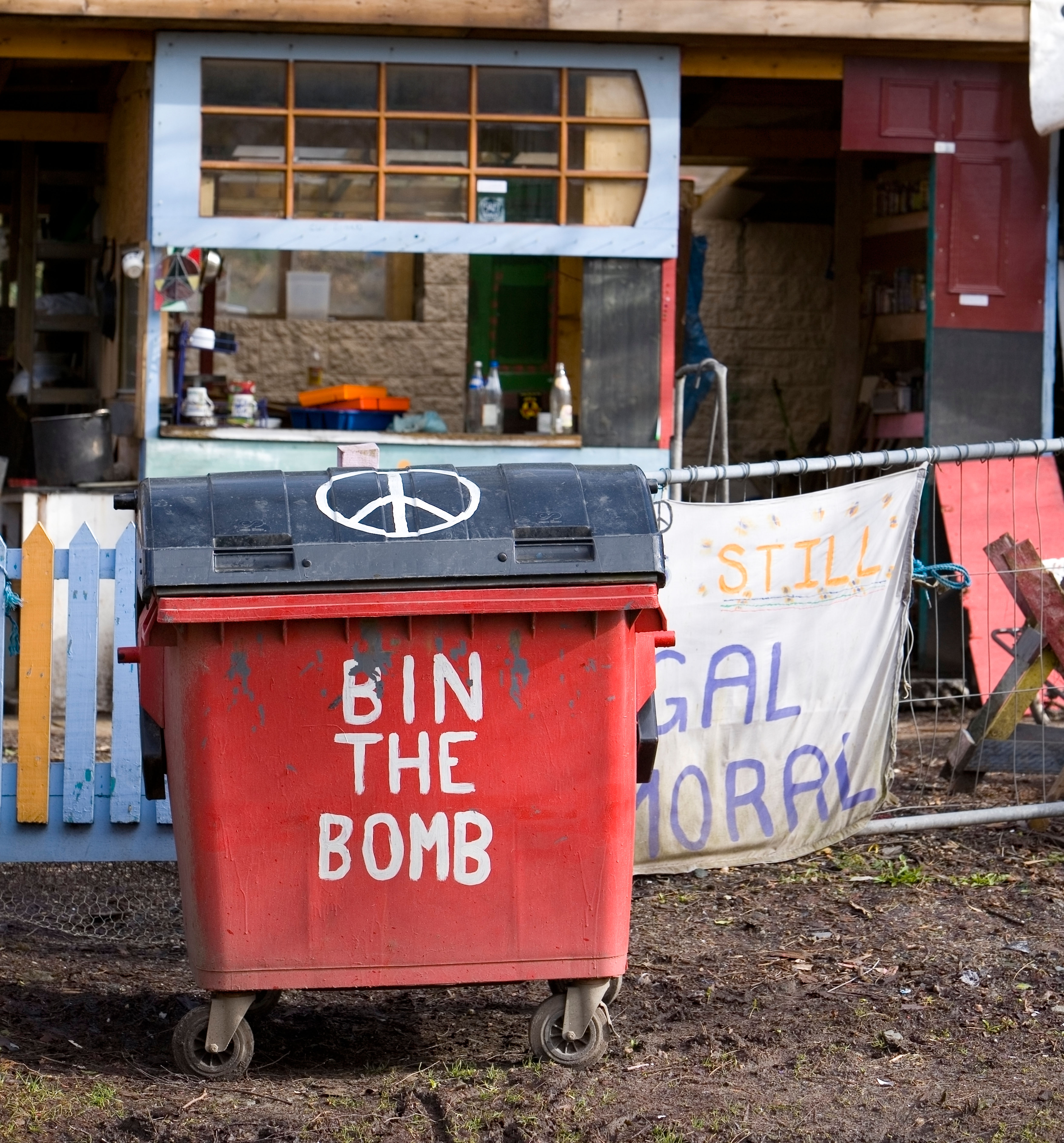