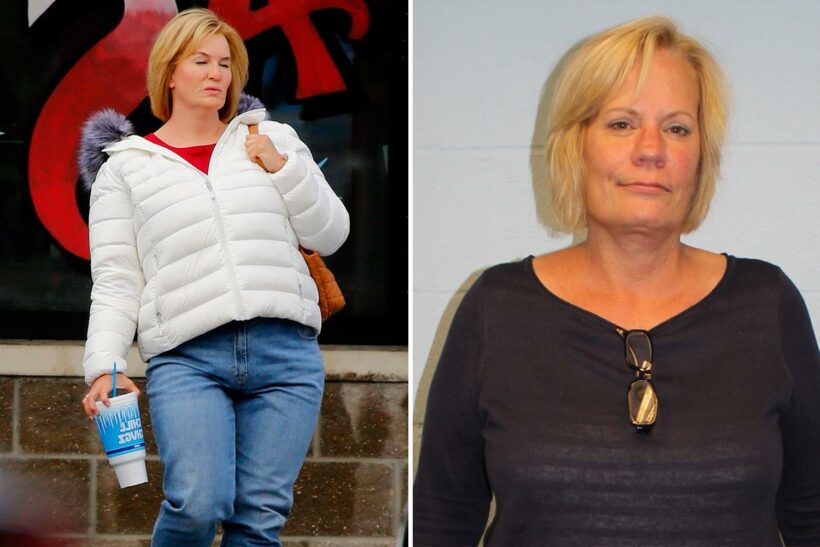 TWISTED killer Pam Hupp is serving a life sentence after shooting a disabled man in the head and concocting an elaborate cover-up – and now she's accused of yet another sickening crime.

The 62-year-old – played by Renee Zellweger in an upcoming HBO drama – dodged the death penalty after pleading guilty to killing Louis Gumpenberger in 2016. 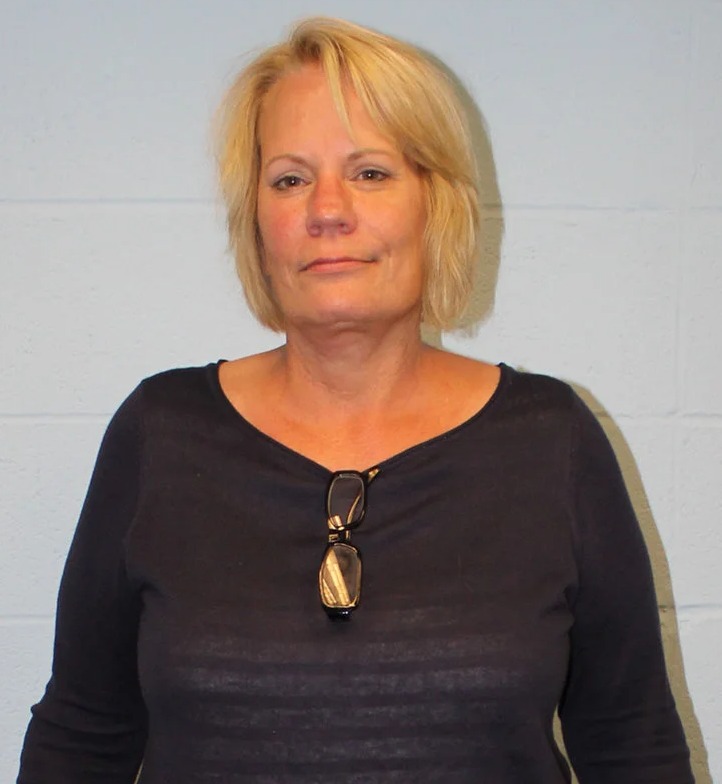 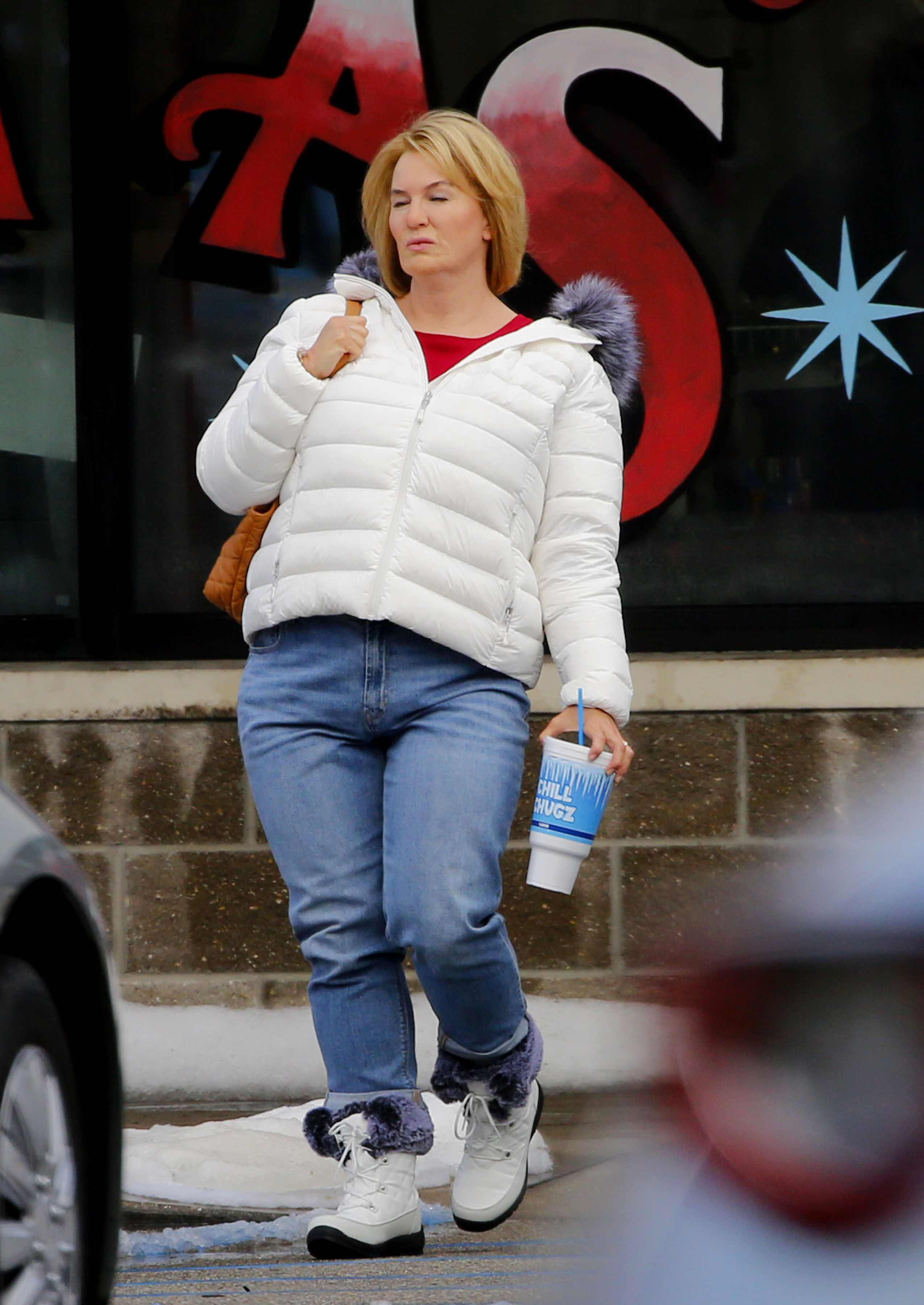 Now she's on trial again, having being accused of fatally stabbing her friend 55 times and trying to frame the victim's husband.

The shocking story is the focus of upcoming NBC show The Thing About Pam starring 52-year-old Zellweger, who was pictured this week donning a fat suit to play the murderer.

The actress, who swore off yo-yo dieting for roles, appeared to be wearing a lot of extra padding for the part as well as heavy make-up and a prosthetic nose.

Playing such a complex character will be no easy feat for the Bridget Jones star as the story has a lot of chilling twists and turns.

Here we take a closer look at the dark true-crime case.

Hupp is currently serving life imprisonment without the possibility of parole after she killed Louis Gumpenberger.

She posed as a producer for the US TV show Dateline and lured the 33-year-old back to her home in Missouri.

Prosecutors said she told Louis – who was in a wheelchair and had mental disabilities – that she needed his help re-enacting a 911 call for the programme.

Witnesses have since claimed that she prowled St Charles County and tried to lure them home too, but failed.

When Hupp and Louis reached the house she fatally shot him in the head and tried to make the crime look like an act of self-defence. 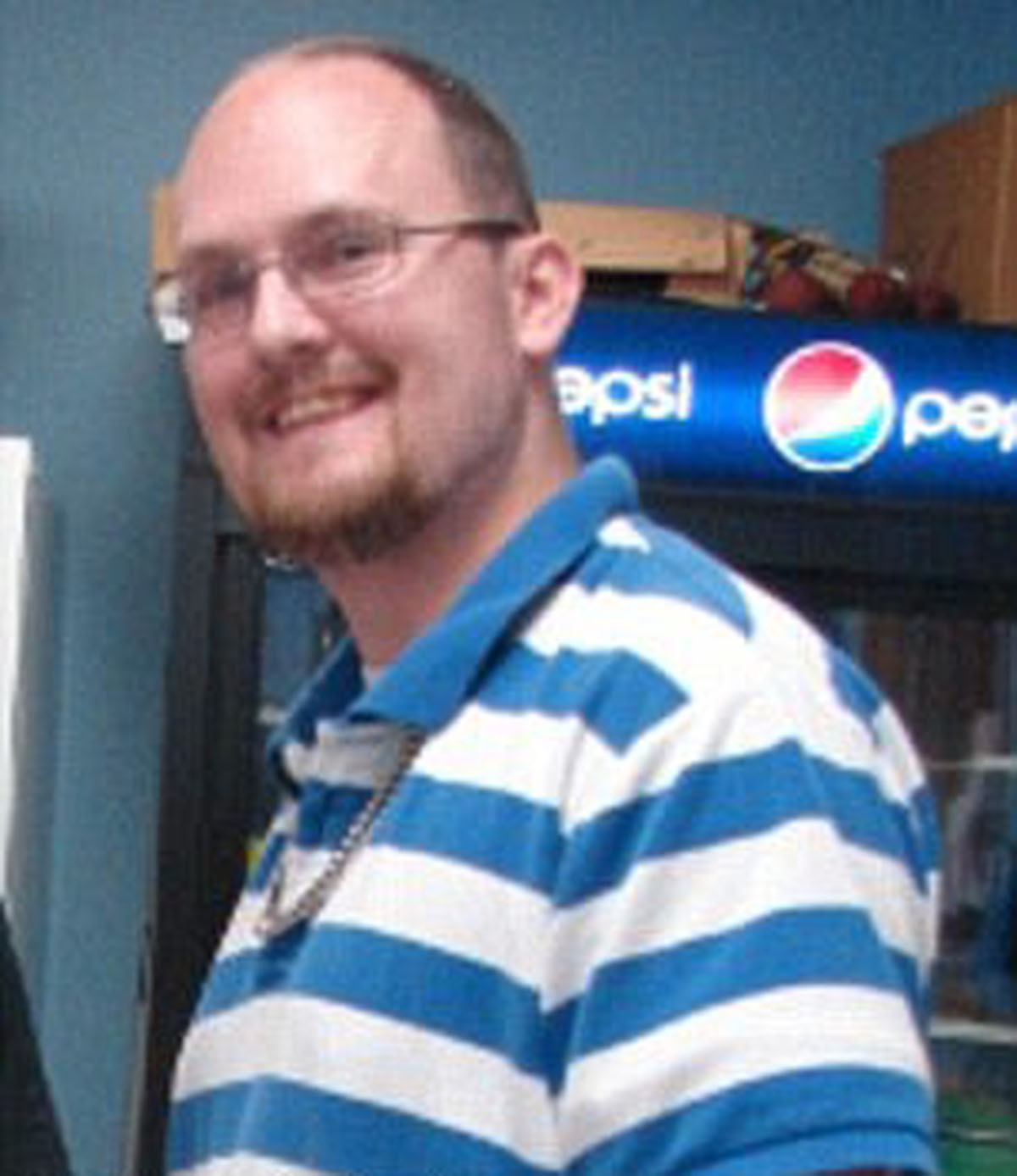 She told police that he launched himself at her in an unprovoked attack on her driveway – but her story quickly unravelled.

Hupp agreed to plead guilty to murder on the provision that the death penalty was taken off the table, and was sentenced in 2019.

It’s alleged Louis’ murder was part of Hupp’s elaborate plan to avoid her becoming a suspect in the 2011 killing of her friend Elizabeth ‘Betsy’ Faria.

The case was reopened after Betsy’s husband Russell Faria was cleared of her murder and released from prison.

His conviction was overturned in 2015 – two years after he was sent to prison – and later he was awarded £1.47million ($2m) in compensation.

Hupp was accused of killing Betsy, who was her friend and co-worker, and deliberately framing her husband.

In July this year she took to the stand to plead not guilty to first-degree murder and armed criminal action charges.

Prosecutors believe Hupp is behind Betsy's murder after a number of suspicious details linking her to the killing emerged.

Attorney Mike Wood alleged that Hupp convinced her friend to switch a £110,000 ($150,000) life insurance policy into her name to make it look like Russell killed her.

The change was made just four days before Betsy was viciously stabbed to death 55 times as she lay under a blanket on the couch.

Betsy had decided to take a rest after feeling weak and lethargic from the chemotherapy session she underwent earlier that day. 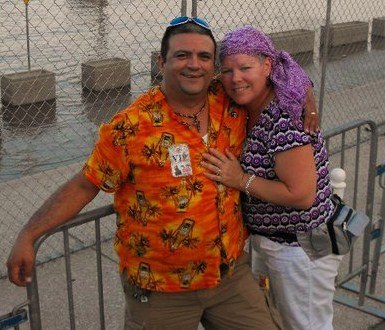 Hupp was the last person to see Betsy alive and drove her home after she finished her treatment.

Prosecutors believe Hupp stabbed her friend, dipped her victim’s socks in blood and then spread it around the house.

They claim this was part of a ruse to make it look like Russell had killed her during a domestic assault.

Mr Wood told the St Louis Dispatch that the police had mishandled the initial investigation into Betsy’s death.

He and the new sheriff are looking into “potentially criminal behaviour” by former prosecutors and investigators.

Mr Wood said he was “on the fence” about whether there was any intentional wrongdoing during the investigation.

But, he noted it was either “really gross negligence” or “calculated criminal behaviour”.

Since Hupp was sentenced for Louis Gumpenberger’s murder in 2019, she has been charged with Betsy's killing – and now another alleged case has emerged.

In phone calls between Hupp and her husband, she claimed there were accusations of her being behind a fatal fall that caused her mother’s death in 2013.

During the conversations, which were obtained by Fox News, Hupp was suspicious of the police and argued against being labelled a "serial killer".

She said: “It’s not the facts… that’s not what people are convicted on.

“It’s what 12 people think you did, you know what I’m saying? If we didn’t get her for this one, we’ll get her for the other two.

Everybody is just jumping on the bandwagon for their 15 minutes of fame and it's like, ‘Who are these people?’

“They have nothing to do with each other and I didn’t do anything, nor was I ever, you know, implicated in any of that.”

Hupp also denied killing Louis during the phone calls and said she only took a plea deal because it was “the best offer they offered”.

She added: “You've got to remember the judge and the prosecutor are on the same team.”

Hupp said she wasn't involved in any of the crimes and claimed witnesses were “coming out the woodwork” for attention.

She said: “Everybody is just jumping on the bandwagon for their 15 minutes of fame and it's like, ‘Who are these people?’”

NBC's new six episode limited series The Thing About Pam is based on a set of stories from the news magazine programme Dateline. 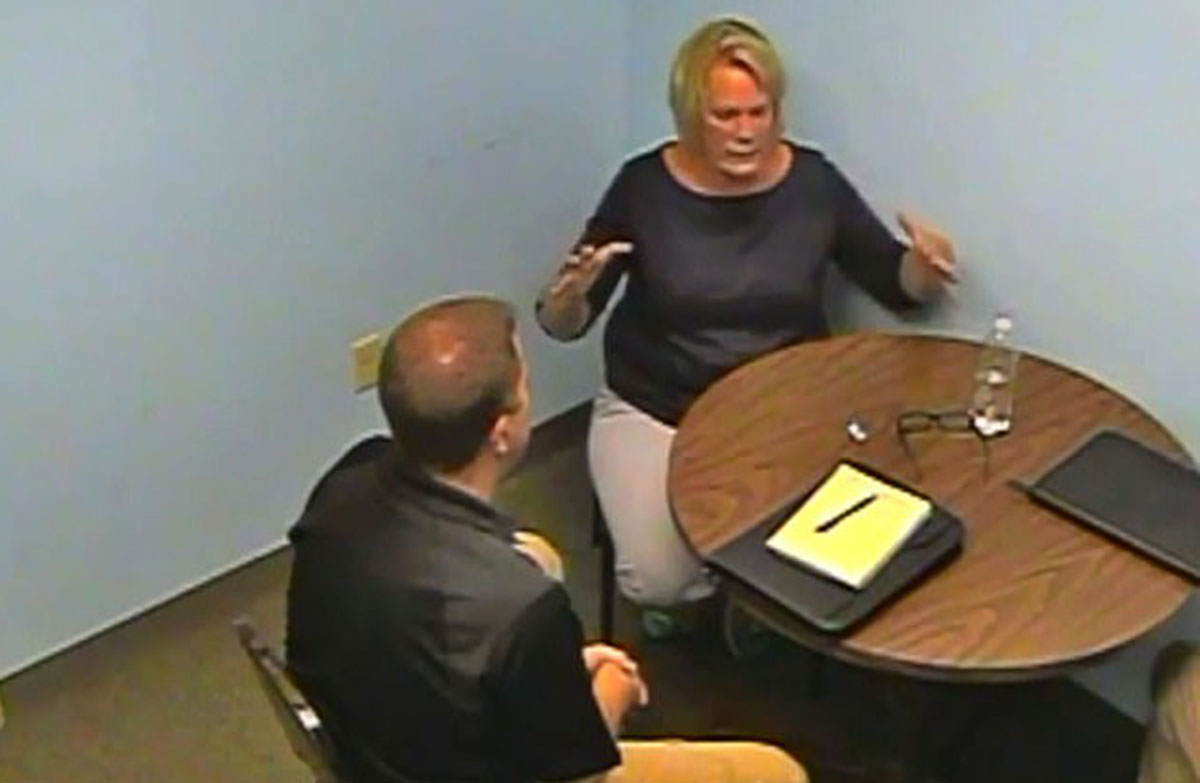 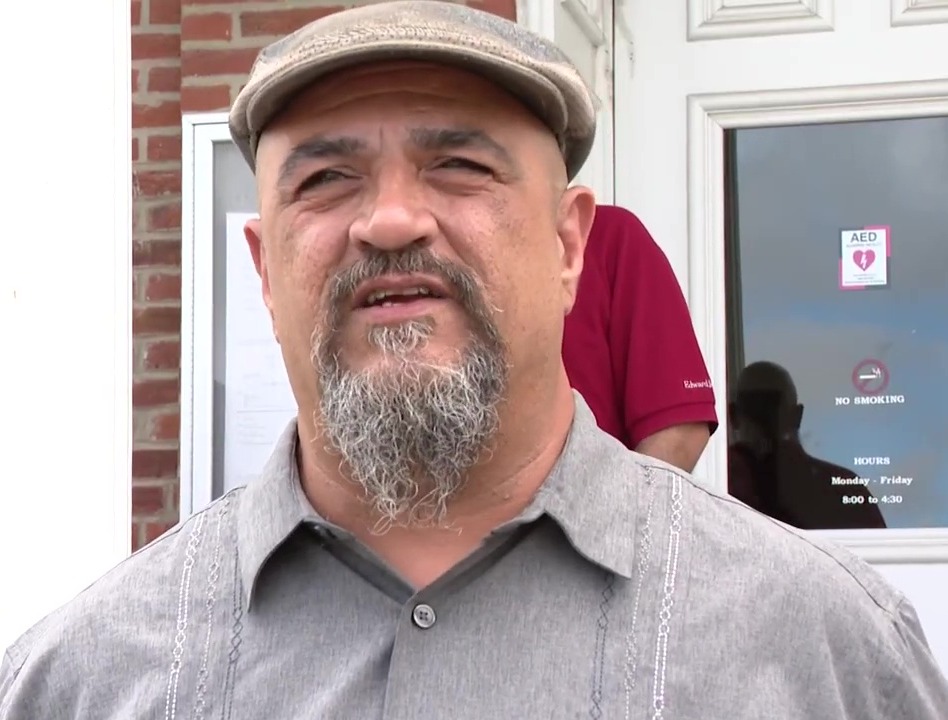