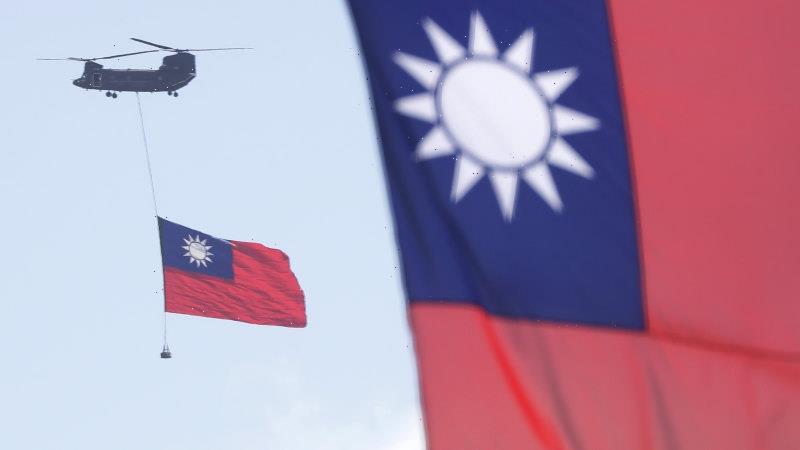 Tokyo: Japanese and US armed forces have drawn up a draft plan for a joint operation for a possible Taiwan emergency, Japan’s Kyodo news agency said on Thursday, citing unnamed Japanese government sources, amid increased tensions between the island and China.

China claims democratically governed Taiwan as its own “sacred” territory and in the past two years has stepped up military and diplomatic pressure to assert its sovereignty claims, fuelling anger in Taipei and deep concern in Washington. 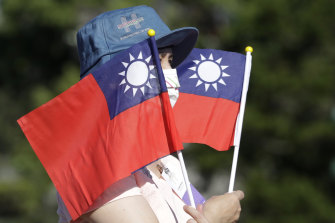 A woman holds up Taiwan national flags during National Day celebrations in front of the Presidential Building in Taipei, Taiwan. Credit:AP

Taiwan’s government says it wants peace, but will defend itself if needed.

Under the plan, the US Marine Corps will set up temporary bases on the Nansei island chain stretching from Kyushu, one of the four main islands of Japan, to Taiwan, at the initial stage of a Taiwan emergency, and will deploy troops, Kyodo said.

Japanese armed forces will provide logistical support in such areas as ammunition and fuel supplies, it said.

Japan, former colonial ruler of Taiwan, and the United States would likely reach an agreement to start formulating an official plan at a “2+2” meeting of foreign and defence ministers early next year, the news agency said.

Japanese defence ministry officials were not immediately available for comment.

In October, Japan’s government signalled a more assertive position on China’s aggressive posture towards self-ruled Taiwan, suggesting it would consider options and prepare for “various scenarios”, while reaffirming close US ties.

Earlier this month, former Japanese Prime Minister Shinzo Abe said that Japan and the United States could not stand by if China attacked Taiwan.

US officials, speaking on the condition of anonymity, have long said that given the tens of thousands of troops the US has in Japan and its proximity to Taiwan, Japan would likely have to play an important role in any Taiwan emergency.

Japan is host to major US military bases, including on the southern island of Okinawa, a short flight from Taiwan, which would be crucial for any US support during a Chinese attack.

China views democratic Taiwan as a wayward province, awaiting the day the island can be brought under its control – peacefully or militarily – with no right to state-to-state relations.

The United States, like most countries in the world, recognises China over Taiwan, in line with Beijing’s “one China” policy. But Washington is the island’s biggest arms supplier and ally and is obliged by law to help it defend itself.