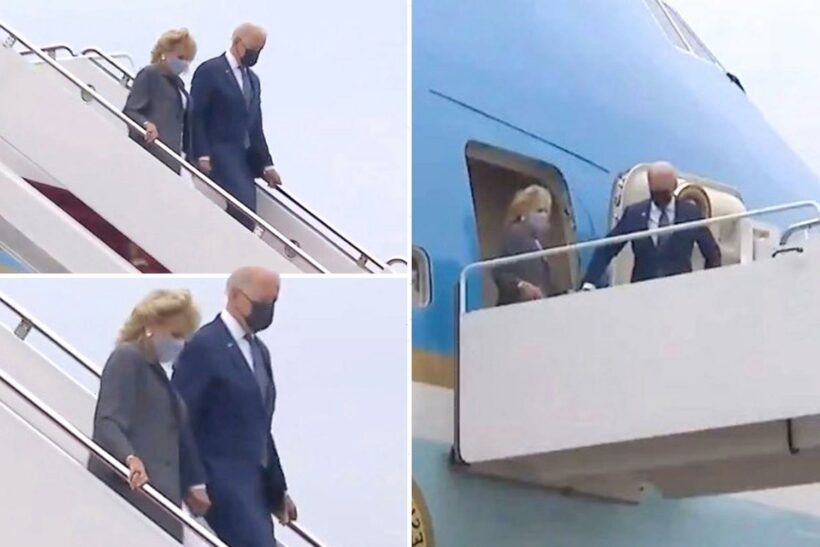 JILL Biden gave Joe a hand down the Air Force One steps before they visited a school and promoted a $4billion spending plan.

The doctor was seen holding hands with her husband as the pair walked down the plane in Virginia. 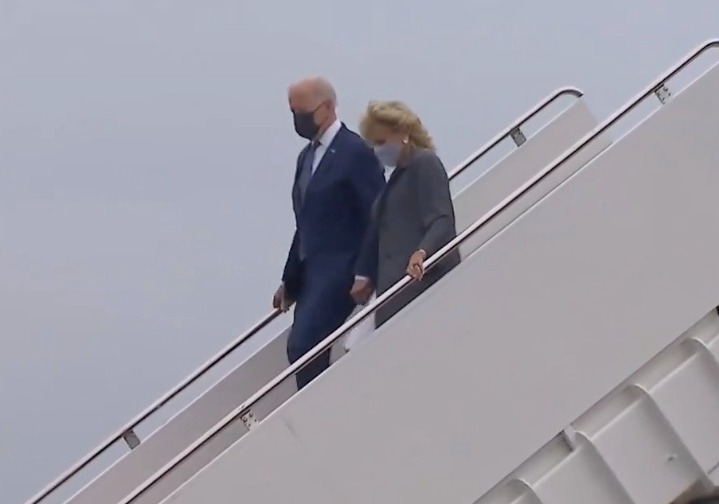 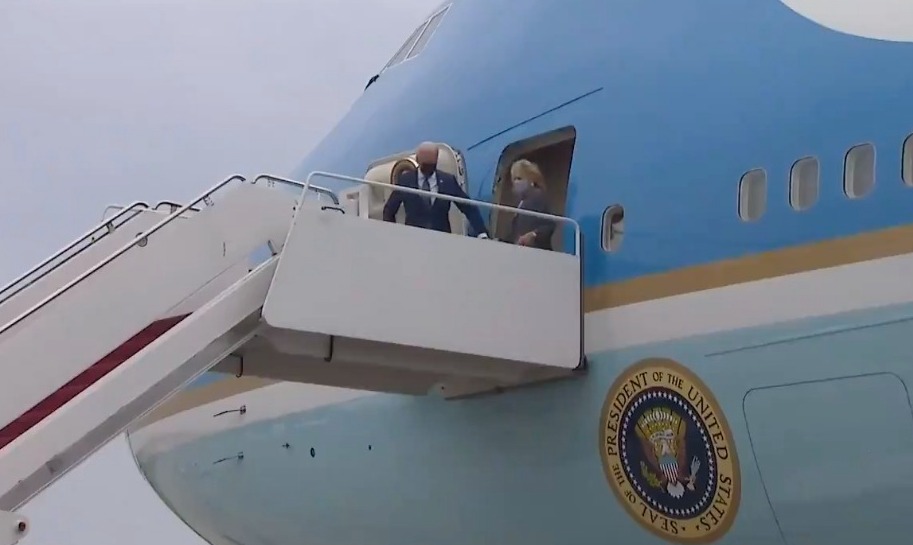 The couple held onto the rails as they descended the aircraft before meeting Governor Ralph Northam and Virginia First Lady Pam Northam at the bottom of the steps.

Biden was on his way to Atlanta to meet with Asian community leaders following the massage parlor shootings earlier this week.

He tripped a total of three times as he made his way up the stairs to board Air Force One. 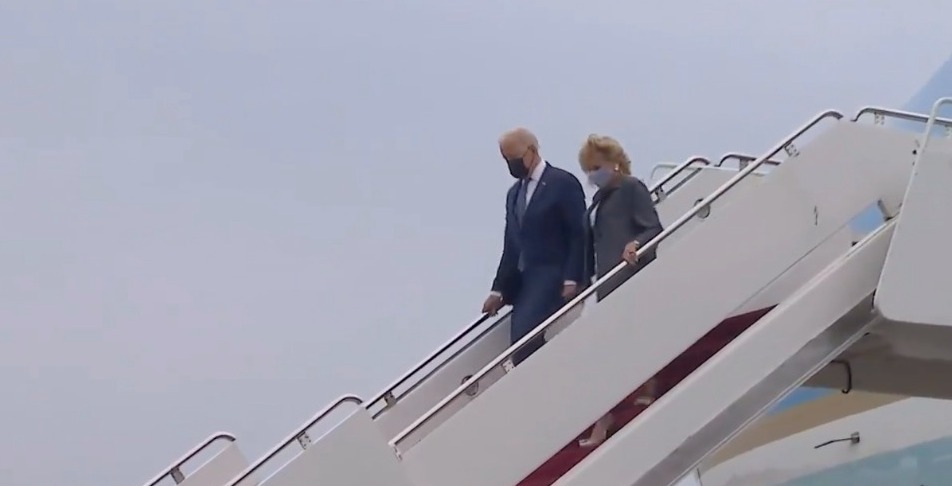 However, Biden quickly recovered and carried on up the stairs, giving a salute before entering the aircraft.

Late last year Biden was seen wearing his typical navy blue suit with a cast on his right foot outside The Queen theater in Delaware.

Biden was forced to wear the protective boot for "several weeks" after x-rays revealed a "hairline fracture" in his foot.

However, he appeared to be in good spirits as he walked down the steps of Air Force One on Monday.

The Biden's were in Virginia to visit students at an elementary school in Yorktown. The students had shields in front of their desks as a guard against coronavirus.

The president asked them what they wanted to do when they grow up and was given an array of examples, including a fashion designer, a chef and a hairstylist.

"You're very impressive," Biden told them.

Later, he was to deliver remarks at Tidewater Community College in Norfolk, Virginia.

The travel is part of Biden's "Getting America Back on Track" tour to promote his $2trillion infrastructure plan and his $1.8trillion "American Families Plan."

Biden’s plan includes $1trillion in spending on education and childcare over 10 years and $800billion in tax credits aimed at middle- and low-income families.

It also includes $200billion for free, universal preschool and $109billion for free community college regardless of income for two years, the White House said.