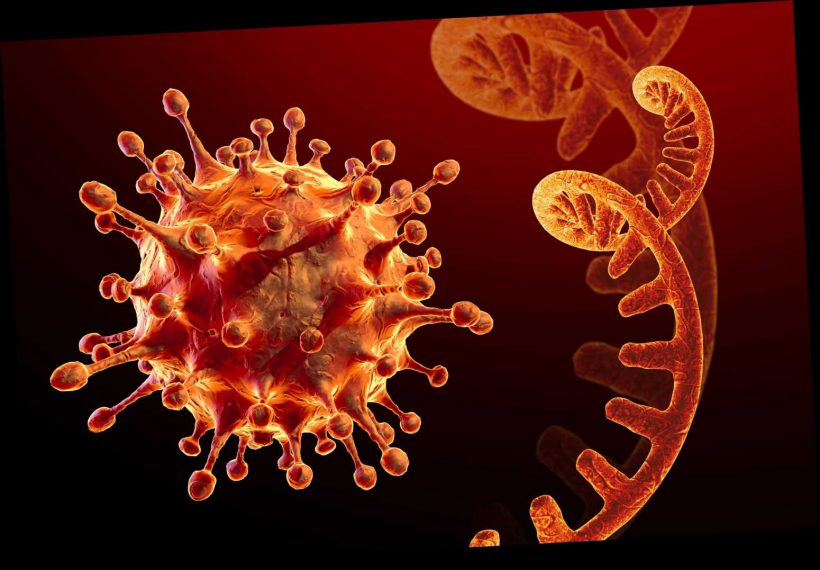 THE UK Covid strain has acquired a mutation similar to the South African variant – and could resist vaccines, official reports reveal.

Public Health England have detected 11 cases where the Kent variant has mutated to “escape” immune response.

Experts say the “worrying development” means vaccination and natural immunity will prove less effective against these infections if they are allowed to spread.

Scientists spotted changes to the E484K mutation – the same change that is causing the most concern in the South African and Brazilian variants, according to a PHE report.

It is unclear if the new strains emerged spontaneously or somehow merged with the overseas bugs, but experts warn it spells bad news for the UK.

Professor Calum Semple, a member of the Scientific Advisory Group for Emergencies (Sage), told BBC 4's Today programme: "The mutation of most concern, which we call E484K, has also occurred spontaneously in the new Kent strain in parts of the country too."

Dr Julian Tang, Honorary Associate Professor at Leicester University, said: “This updated PHE report on the UK variant mentions the acquisition of the E484K mutation – which is a worrying development, though not entirely unexpected.

“This E484K mutation is already present in the South African and Brazilian variants – and is now thought to be the main mutation impacting on vaccine efficacy.

“If this E484K mutation is acquired by most of the UK variants – the recent reassurances from recent studies showing that the mRNA vaccines will still offer optimum protection against the original UK variant – may no longer apply.”

Dr Simon Clarke, a microbiologist at University of Reading, said: “Mutations arise spontaneously and thrive if they provide the virus with an advantage.

"In lab studies, this mutation meant that antibodies were less able to bind to the virus’ spike protein in order to stop it from unlocking human cells to gain entry.

"Clinical trials by Novavax and Johnson & Johnson showed that their new vaccines were less effective in South Africa, compared to the UK or USA, and it is presumed that it was because of the high level of virus carrying this E484K mutation.

"While no assessments have yet been made on the effectiveness of the vaccines currently in use in this country, it is entirely possible that their efficacy will be similarly diminished by this mutation.”

The UK strain – called VUI202012/01 – first emerged in Kent in September and has caused cases to surge.

Boris Johnson revealed the variant was found to be 70 per cent more contagious than the original strain.

But there is no evidence to suggest it is more deadly and until now, it was understood that the current vaccines could still offer protection.