Kevin Durant said he and others on the Brooklyn Nets received a vague warning that there may be some extra traffic on the way into their practice facility on Tuesday morning.

After looking at their phones and realizing why, Durant was stunned.

At least 16 people were injured after a man released a canister of smoke and opened fire on a train at the 36th Street subway station, according to The New York Times. That station sits about half of a mile from the Nets’ practice facility.

"It's devastating," Durant said, via ESPN. "I don't know the details. To hear the sirens out front of the practice facility and see so much commotion going on outside, you hope and pray for the best for everybody involved."

Our thoughts are with those who have been impacted by the tragic event at the 36th St. subway station in Brooklyn this morning. pic.twitter.com/jeymgM3fWh

A man reportedly wearing a construction vest put on a gas mask before opening fire on the N train and the nearby platform, per the report, around 8:30 a.m. The gunman, police said, escaped the scene and is still at large. At least 10 people were shot, and 16 injured in total.

The shooting comes just hours before the Nets are set to host the Cleveland Cavaliers in their play-in matchup at the Barclays Center. A win there will give the Nets the No. 7 seed in the Eastern Conference and set up an opening round series against the Boston Celtics.

That game will still go on as scheduled, though the team said in a statement that there will be added security at the Barclays Center.

"It's obviously a very tragic morning," coach Steve Nash said, via ESPN. "We're devastated for the community and for those directly involved. I don't know a lot of the details, so I don't want to get too far into it, but we're just all concerned for everyone involved. And at the same time try to prepare and be focused on our task at hand." 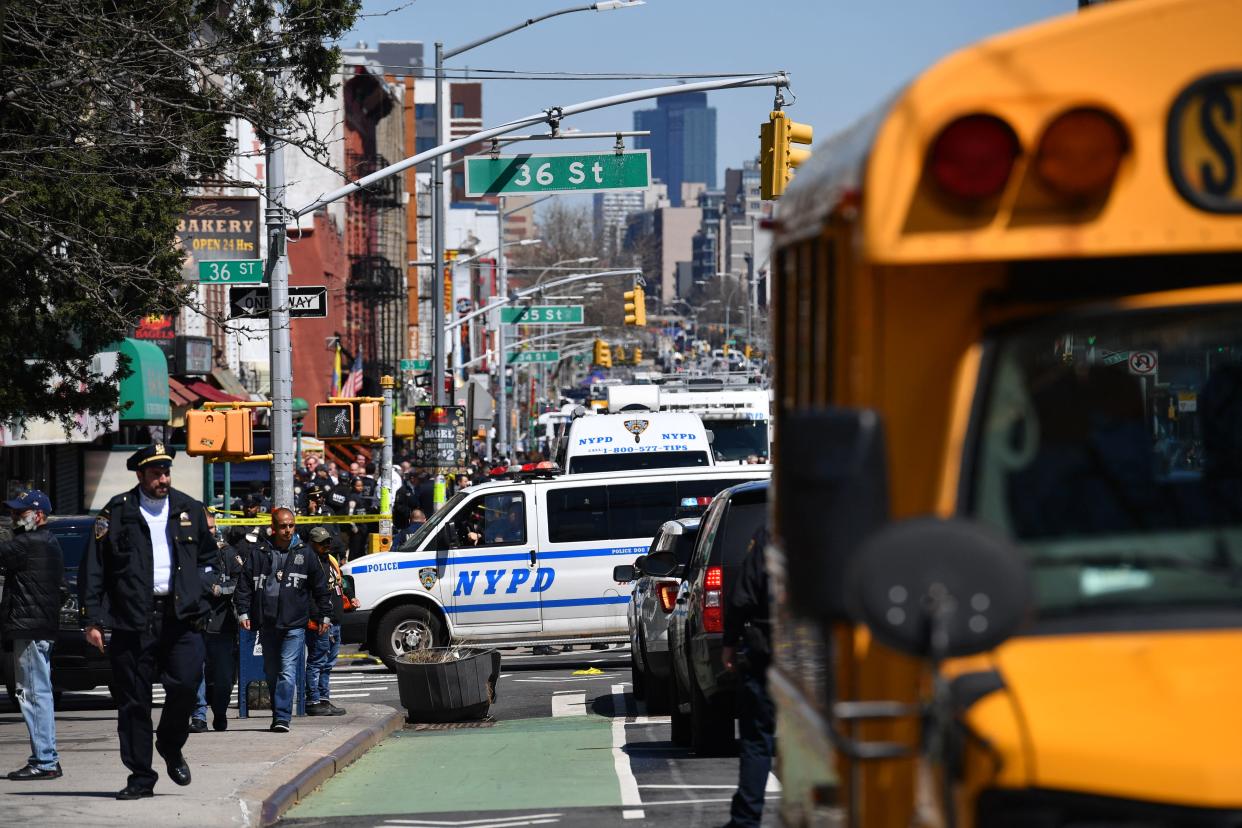