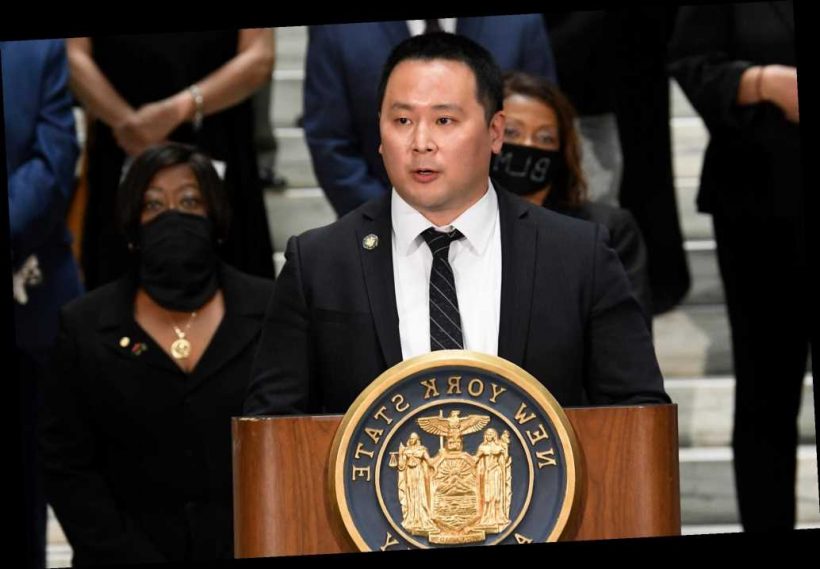 A key Democratic lawmaker urged Gov. Andrew Cuomo to apologize to the family members of nursing home residents killed by the coronavirus.

Assemblyman Ron Kim (D-Queens) made the appeal during a private meeting with top Cuomo aide Melissa DeRosa and other members of Cuomo’s staff team.

“There should be some sort of recognition, maybe an apology for the March 25 [Directive],” Kim said, according to an audiotape obtained by The Post.

“I know this is something that is a sensitive issue and no one wants to talk about it. But I think the families, the public, I think just recognize, will appreciate I wouldn’t say honesty but just the recognition for their pain.”

He continued, “I think some sort of contriteness from the administration will go a very long way. So that’s all I have today.”

Kim, asked about his appeal on Sunday, said, “It’s not about us. This is life and death. People lost lives. The next words out of the governor’s mouth at his next press conference should be, `I’m sorry.’”

DeRosa has come under fire saying at the meeting with Democratic legislators that the administration withheld for months the full tally of nursing home residents who died from COVID-19 because the true numbers would be “used against us” by federal authorities inquiring about the issues at the behest of then-President Donald Trump.

DeRosa issued a statement clarifying her remarks after The Post broke the story and pols from both parties called for a probe of the alleged cover-up.

“I was explaining that when received the DOJ inquiry, we need to temporarily set aside the Legislature’s request to deal with the federal request first,” she said Friday

A judge also ruled that the administration illegally stonewalled a request for a full death count from the Empire Center for Public Policy.

The day before James released her report, the state acknowledged only 8,711 COVID-19 deaths. The official total is now about 14,000. It’s over 15,000 when including deaths from other assisted living facilities.